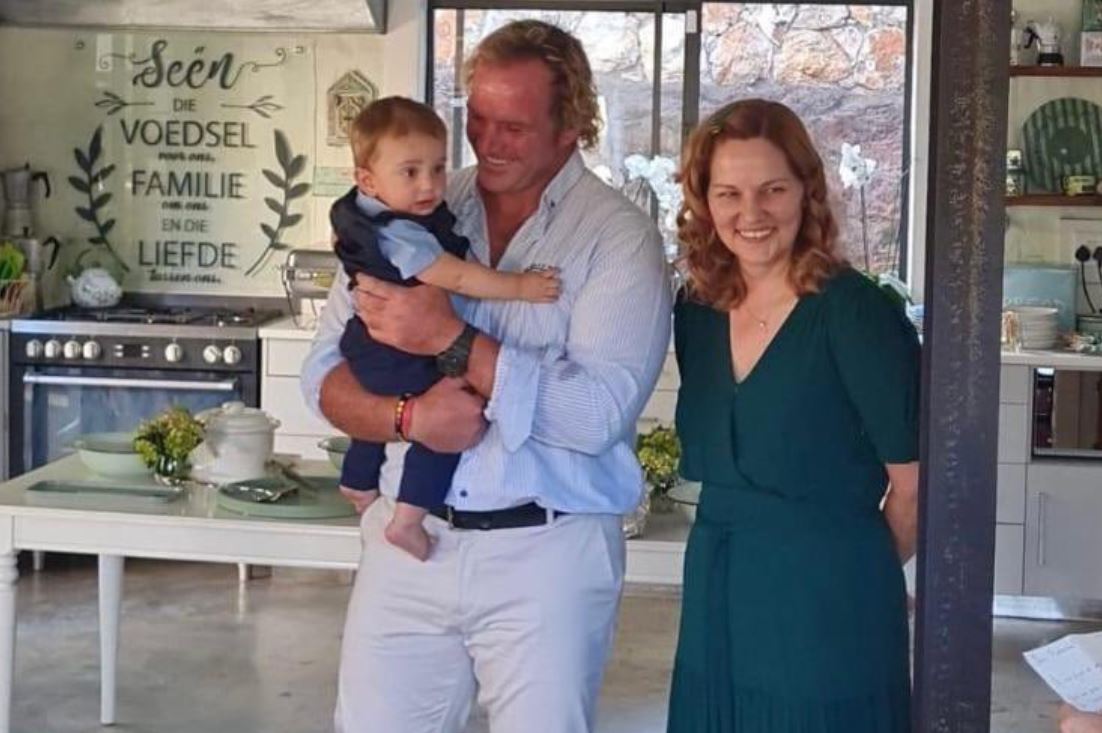 Du Plessis, who won 70 caps for his country, celebrated his 39th birthday on Tuesday but the celebrations were marred with tragedy as his baby son passed away.

The circumstances surrounding the child’s death have not yet been confirmed but Lions chief Rudolf Straeuli has confirmed the news while asking for people to respect du Plessis’ privacy.

‘I can confirm that this tragedy took place. We are all devastated.

‘As I’m sure everyone can understand, Jannie and his family now need to be left alone to process this tragedy.

‘We offer our full support to him and kindly request everyone to keep them in their thoughts and prayers.’

Du Plessis and his wife Ronel have two other children, daughters Rosalie and Hele.

Former Springbok Toks van der Linde was among the first to announce news of the accident and tweeted a photo of Du Plessis holding his late son while stood alongside his wife, Ronel.

He captioned the photo: ‘Please pray for Jannie du Plessis and his family his son of 1 year old drown last night my hart is broken broken broken @SuperSportTV @kykNETtv #So so sad.’

One of the veteran’s former clubs, Sharks, also mourned the loss on social media.

Please pray for jannie du Plessis and his family his son of 1 year old drown last night my hart is broken broken broken @SuperSportTV @kykNETtv #So so sad pic.twitter.com/pFwA2cSs2R

They posted: ‘The Sharks extend our deepest condolences to @JannieDup3, [his wife] Ronel and the entire Du Plessis family on the tragic loss of his young son.

‘Our thoughts and prayers are with you during this difficult time.’

Du Plessis helped South Africa win the Rugby World Cup in 2007 as the Springboks beat England in the final and now plays his rugby with South African side Lions.