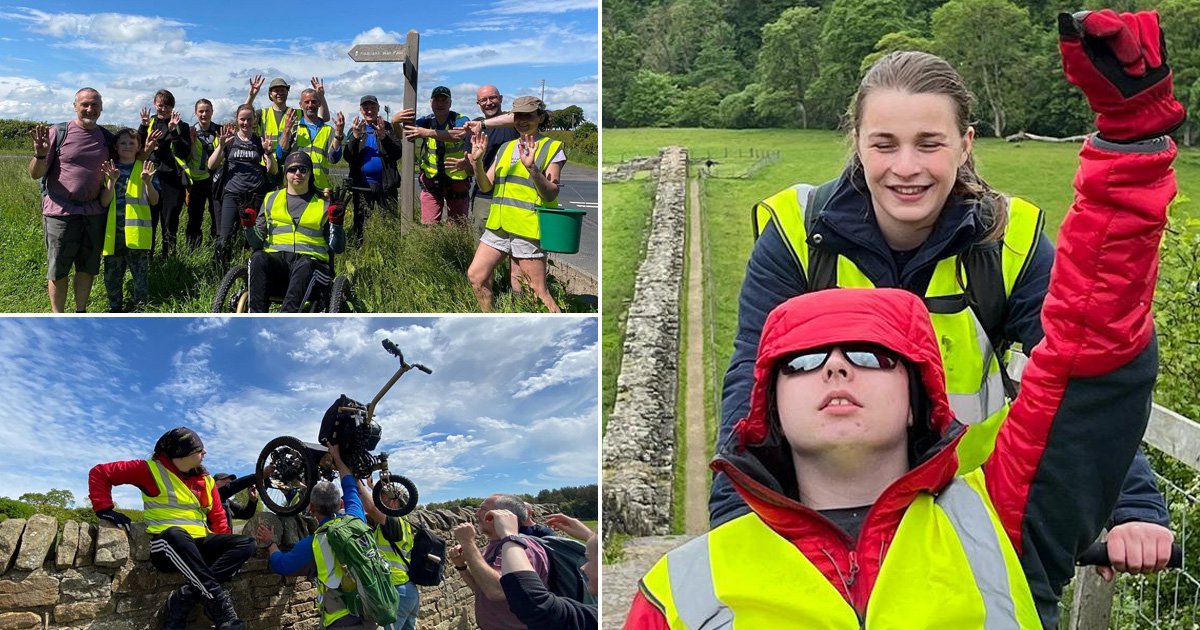 A teenager from Shetland has made history by being the first person to complete the 84-mile trail along Hadrian’s Wall in a wheelchair.

17-year-old Brynn Hauxwell was inspired to take on the trail – which he did as part of a charity challenge – after visiting the museum as a child, where he saw parts of the historic wall straddling the England-Scotland border for the first time.

Brynn and his team started the expedition in Bowness-on-Solway, Cumbria on May 27: travelling between eight and nine miles a day over ten days before reaching their finish line at Wallsend, near Newcastle.

‘I was exhausted and relieved, but really proud of myself,’ Brynn says. ‘Day five was the worst because of the weather and difficult terrain. It affected me physically and mentally, especially in the middle section.’

In total, Brynn and his team raised £11,000 for Ability Shetland, a charity that supports disabled people to unlock their full potential in all areas of life.

‘My life has changed so much since 2019 and it is because of Ability Shetland that I have been able to get outside and see sights I never thought I would see with my family and friends,’ the teenager adds.

Brynn, who was previously recognised by Pride of Scotland for his previous fundraising efforts, trained for the expedition by wheeling over different terrains for up to seven miles per day.

Ability Shetland provided bikes for members of Brynn’s team, while the Youth Hostel Association provided accommodation throughout the ten-day journey.

‘I always thought this dream was impossible and people still tell me that it is and that I’m crazy for even thinking about doing it,’ Brynn says. But it’s clear that all his doubters were wrong.

‘Brynn has learnt a lot about himself during this challenge and showed great resilience and determination throughout,’ his mother, Kim adds.

‘My heart is just bursting with pride.’