Forget Stephen King or Edgar Allan Poe. If it’s a really scary book you’re after, bolt your doors, lock your windows and curl up under the covers with a copy of When McKinsey Comes To Town. The McKinsey in question is not a bloodthirsty psychopath but an international consulting company, and if you’d never heard of them, well, unless you’re rich and gullible that’s just the way they like it.

You only have to ask McKinsey & Company for details on what it actually does for this to become clear. Its corporate slogan should be “Our business is none of your business”, as authors and New York Times journalists Walt Bogdanich and Michael Forsythe discovered, whenever they asked the company to explain its most egregious excesses. 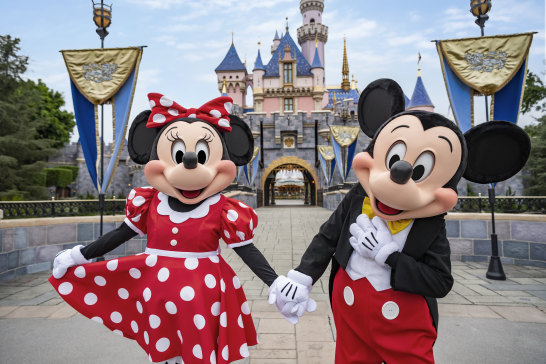 It isn’t its slogan, of course. No, McKinsey describes itself according to whatever jargon suits the mood of the times, without actually telling you anything at all. Its website blathers that “our open ecosystem allows us to serve as end-to-end impact partners for our clients”. Heroic hogwash by any measure.

But look back at McKinsey’s history and you soon find out what being on the receiving end of its “end-to-end impact” really means. Just ask Disneyland roller coaster rider Brandon Zucker, aged four, who fell out of the Roger Rabbit ride at Disneyland in September 2000 and was crushed by the following car. Actually, you can’t ask him, because he died aged 13 after suffering catastrophic brain injuries.

Until Disney hired McKinsey in 1996 to evaluate the park’s operation (as in, cut costs, raise profits) the place had a flawless safety record. In business, it makes perfect sense to cut costs and raise profits for shareholders. But wholesale slash-and-burn for a bonanza short-term gain is usually bad policy that can come back to bite you. Just ask the Amazon rainforest. 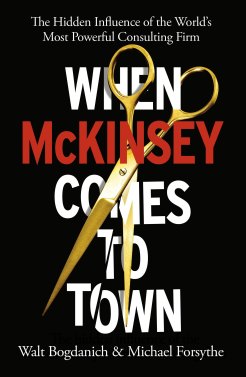 In this case, the advice came in 1997, along with a hefty bill, in the form of a lengthy report, Transforming Maintenance: Defining the Disney Standard. Implementing the new Disney standard of maintenance resulted in what even McKinsey would have to call “a sub-optimal outcome” for Brandon Zucker. You see, the company changed the ride maintenance policy after noticing that the lap bars on roller coasters were inspected daily “when records show they never fail”.

Ride maintenance worker Bob Klostreich, then aged 20, was flabbergasted. “The reason they don’t fail is because we check them every night,” he observed at the time. In 1999 Klostreich was fired after raising further safety issues with management. Two months later, Brandon had his “end-to-end impact” McKinsey safety experience. There were to be more injuries and deaths on other rides, until the Californian government finally stepped in and forced Disney to clean up its act in 2003.

Disney had to pay millions in damages to crippled customers and bereaved families, and fair enough too. But not McKinsey. It pocketed the money for its dodgy safety and efficiency reports and walked away.

The Disney disaster is just a foretaste. Bogdanich and Forsyth forensically dissect a slew of McKinsey’s corporate capers in their gripping, if horrifying, account.

McKinsey advised Purdue Pharmaceuticals on how best to turbocharge production of lethally addictive OxyContin painkillers (“turbocharge” was McKinsey’s word), while taking millions from the US Food and Drug Administration “to enhance the agency’s ability to identify drugs harmful to consumers” at the same time.

This kind of double dipping is something of a McKinsey specialty. Working to help companies navigate government regulations, while consulting for the government departments that regulate the market they’re working in. And this can be any government – McKinsey has long ceased to be a solely US-based concern.
It goes where the money is, and hey, there’s money to be had in Australia, too. The book only makes passing reference to McKinsey’s operations here, but notes that BHP was one of its first big clients.

Canberra, of course, is not immune. The Australian Government broke the billion-dollar barrier in 2021 on consultant spending, with a tidy slice going to McKinsey. The ABC reported in 2020 that McKinsey billed us $660,000 for four weeks’ work advising on “vaccines and treatment strategy”.

The resulting eight-page document must have been pretty convincing, because over 2020/21 McKinsey milked another $5 million out of Canberra, for advice on candidate vaccines and roll-out strategies. Yep, we’ve been paying McKinsey and Company a fortune, for pharmacy advice. Turbocharged OxyContin, anyone?

When McKinsey Comes to Town by Walt Bogdanich & Michael Forsythe is published by Penguin Random House, $35.