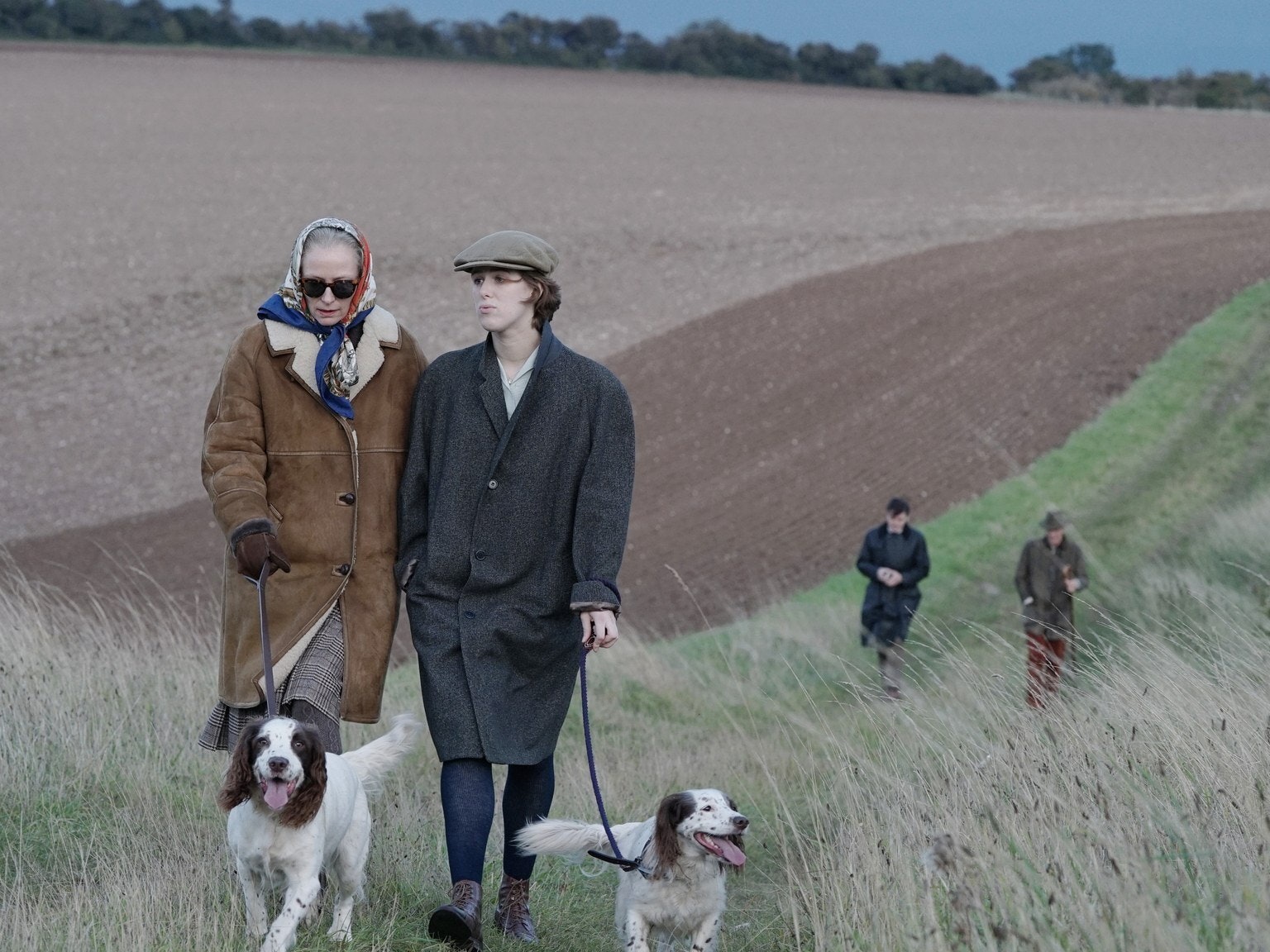 Neither of Tilda Swinton’s two films at the Cannes Film Festival ended up winning the prestigious Palme D’Or, but the actor’s three dogs have won another coveted prize: the Palm Dog. The three springer spaniels—adorably named Rosy, Dora, and Snowbear—have been awarded best canine performance for their roles alongside Swinton and her daughter Honor Swinton Byrne in The Souvenir Part II. Like Swinton Byrne, they made their feature film debut in 2019’s part I, which is inspired by the real-life experience of the director and longtime Swinton family friend Joanna Hogg.

“I have to tell you honestly, this is the prize to get,” Swinton said over the weekend, wearing a collar that read “Palm Dog” around her neck atop a dress by Sophie Theallet’s Room 502. “We’ve been eyeing it for years. I tried to get the dogs here but they’re busy. I hear they’re on the beach in the Highlands of Scotland.” Though it appears that at least one spring spaniel did make it to the ceremony, which was relatively casual; technically, the award is not affiliated with the official Cannes Film Festival. Still, it has a long tradition: The British journalist Toby Rose has been ensuring canines get their recognition since 2001. (Past honorees include Quentin Tarantino’s bowser Bandy, for his role in Once Upon a Time… in Hollywood.)

This year’s Palm Dog was a tight race, with the pit bull Sophie (from Sean Baker’s Red Rocket) and the sheepdog Panda (From Valdimar Jóhannsson’s Lamb) as runner-ups. Hogg, for one, is predicting you’ll see more of Rosy, Dora, and Snowbear soon: “I think they’ll be in great demand now,” the director told the Guardian.

Tilda Swinton accepts the Palm Dog on behalf of her three springer spaniels on July 16, 2021 in Cannes, France.

Just like in real life, Rosy, Dora, and Snowbear play the beloved pets of Swinton, who plays the mother of her real-life daughter, Swinton Byrne. It’s unclear if any of the springer spaniels are the same who first showed promise in 2018 when they appeared in a music video co-directed by Swinton and her husband, the painter Sandro Kopp. Then, too, the pups stuck to what they know, frolicking on the beach to the tune of an operatic aria sung by the countertenor Anthony Roth Costanzo.

The Souvenir Part II hits U.K. theaters this November. In the meantime, you can revisit Swinton cuddling a puppy in a 2017 interview with W.