Earlier this month, Channel Ten tried something new. Or, perhaps more precisely, newish. The move was a novel one for that network that displayed influences from elsewhere. Either way, What the Hell Just Happened? looked to be testing the water.

With the two-part special, a network that largely avoids current affairs in prime time was having a stab at the area, albeit in its own style, which prioritises fast and funny. The experiment is interesting as there are many people who now see free TV as the domain of dinosaurs, calcified territory dominated by reality-TV competitions to be ignored or assiduously avoided. In recent years, an understandable view has developed that the free-to-air space is dying as more dynamic online alternatives are being embraced. So a fresh initiative in the sphere might seem surprising to those who have deserted in droves. 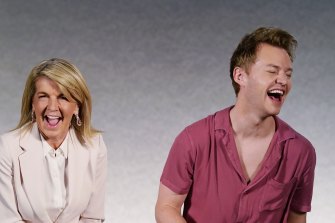 But the heritage purveyors, the free-to-air networks and pay-TV providers that jostled for attention in the era that predated the streaming services, are fighting to hold on to their remaining viewers and to lure back the emigres. They’re engaged in a quest for programs that will make them a desirable destination.

Narrated by Kate Langbroek, WTHJH? has an array of people deemed to be clever and entertaining reflecting on our turbulent times. The springboard was the pandemic year, but the programs (available on 10Play) grew to cover Donald Trump and the US election, Britney Spears, travel to Mars, vegans, influencers and robots.

It became a stew of subjects featuring familiar ingredients. The snappy speed of the segments and underlying assumption of short viewer attention spans also shapes The Project. There’s no appetite for lingering long on a subject; the producers don’t want to risk viewers losing interest and turning off. The guiding philosophy is about breadth, not depth: cover a range of stuff and keep it moving so that people who aren’t keen on the current topic know that another one will pop up soon. 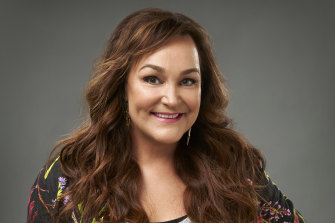 Kate Langbroek presents What The Hell Just Happened, which resembles The Panel, on which she was a regular guest.Credit:Network Ten

In a way, the venture also recalls The Panel (1998 to 2007), which regularly featured Langbroek. It was a variation on the current affairs theme, requiring a witty and ideally insightful discussion of recent events. Ten seemed to be gauging interest in this type of offering, although it’s yet to decide if there will be more of it.

Foxtel is also trying new ideas. Early in March, the pay-TV provider hosted an event designed to persuade advertisers that it was the enterprise that offered the best bang for their bucks. Amid the proud presentation of upcoming attractions, a couple were notable: a local adaptation of The Repair Shop and Selling in the City, an addition to its suite of real estate programs.

The English version of Repair Shop screens on the ABC and presents itself as an “antidote to throwaway culture”. Set in a West Sussex repair centre which resembles the world’s most welcoming barn, it follows tales of restoration: of broken toys, cracked porcelain, damaged paintings. 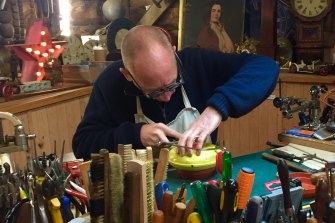 Foxtel is producing a local version of the winning British show The Repair Shop.Credit:ABC

At its heart is the appealing philosophy that it’s better – for people and for the planet – if things are fixed rather than chucked out. This low-key gem focuses on the hopeful customers explaining the history of their items and the artisans and tradespeople who meticulously attend to them. The provenance of each piece is discussed and the TLC lavished on them becomes quite moving, as is the eventual reaction of the delighted owners.

It seems like a monte for local adaptation: inexpensive to produce, socially apposite and graced by simple, engaging storytelling. Why the ABC didn’t recognise the local potential of a program on its patch is a mystery.

However, Foxtel has seized the opportunity, as it’s done with formats such as Grand Designs and Bake Off. It’s also been motivated by its post-COVID-19 viewer research. The company decided to take the social temperature in a changed world, to determine if viewers’ preferences had shifted.

Foxtel’s lifestyle channels general manager Wendy Moore says the research revealed that those surveyed were seeking optimistic, light entertainment programs. It identified a “shoes to sofa” trend, with people welcoming more time at home and looking around to see what could be improved. Six out of 10 people surveyed updated their homes in the past 12 months; nine in 10 intended to maintain or increase their spending on their homes.

Whether this shift is temporary – a response to the extraordinary circumstances of 2020 – or permanent, it creates opportunities for program makers. The survey identified a previously untapped market for real estate programs among millennials, who were now more inclined to spend on their homes. In response, Foxtel will launch Selling in the City, with a focus on the previously unexplored terrain of inner-city apartments.

While these initiatives from Ten and Foxtel are unlikely to send viewers racing back from their SVOD allegiances, they are like green shoots, indicating that the heritage providers aren’t dead yet.