For seven consecutive years from 2011 to 2017, Melbourne enjoyed the status as the world’s most liveable city. Melbourne was renowned as the sporting, cultural and educational capital in the state of choice for young people and families ambitious about their future.

After two years of lockdowns, lockouts and endless mandates, Melbourne has lost its crown and lost its way. 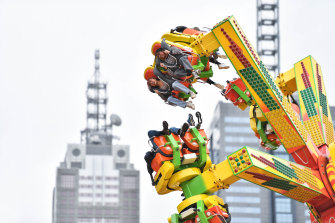 After a long stretch of being the world’s most livable city, Melbourne is now ranked ninth.Credit:Joe Armao

After a record reign as the most liveable city in the world, we are now barely in the top ten, behind Adelaide, Perth and with Brisbane breathing down our neck as rankings in culture, environmental and stability fall.

It is my mission to make our city the best place to grow, work, learn and retire in the world once again. Only the Victorian Liberals and Nationals have a plan to recover and rebuild from the last two years of lockdowns and last two decades of mismanagement.

My plan will provide Melburnians the certainty and support they need to move forward and make our state number one again. 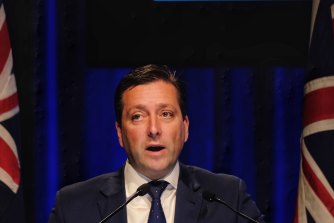 Countless rule changes, policy backflips and restriction tweaks have robbed local communities of the confidence and consistency they need to live their lives. How can anyone plan for the future or begin to rebuild what has been lost when the rules keep changing and goalposts keep shifting?

That’s why under a government I lead, there will be no more lockdowns under any circumstances.

We will manage COVID in a common-sense manner and in line with the National Cabinet plan, meaning no more mandates, business or workplace lockouts and scrapping Labor’s pandemic laws that give the Premier the power to lock down Victorians on a whim.

Furthermore, our plan will address the everyday issues holding Melbourne and Victoria back.

Under the Andrews Labor government, Melburnians are paying the nation’s highest taxes as the cost of building a family home rises faster than any other state. Daniel Andrews has introduced 40 new or increased taxes and charges since 2014, yet Victoria’s debt is the highest in the nation.

New taxes and cost of living hikes hurt household budgets and make planning for the future even harder. That’s why under my plan, there will be no new taxes and we will commission an independent audit of Labor’s major projects to ensure taxpayers are getting value for money.

Victoria doesn’t need new taxes if we manage the money we have better.

Melbourne will never again be the world’s most liveable city while our CBD and local suburban communities continue to fall behind.

Our plan will support workers, shoppers and visitors to safely and easily enjoy Melbourne’s CBD once again with initiatives including free public transport on Mondays and Fridays to encourage workers to be in the office throughout the week.

We will also invest $30 million to reinvigorate local suburban shopping strips across Melbourne. The pandemic has given Melburnians a greater appreciation of their local communities and our support will make a trip to the local shops the convenient, safe and enjoyable experience it should be.

The last two years have exposed decades of under-investment and mismanagement of our healthcare system. Before the pandemic, Victoria had the lowest funded and worst staffed public hospitals in the nation.

Elective surgery waitlists are at record highs as emergency departments turn away people in need and our triple-zero emergency service is regularly overwhelmed.

Our plan will halve elective surgery waitlists in our first term by building new hospitals where they are needed. We will also reverse Labor’s cuts to police, ambulance and fire triple-zero call takers so Victorians in an emergency are not left waiting on hold.

The impact of lost learning and stunted social development threatens a generation of young Victorians.

That’s why I have signed a face-to-face learning guarantee that promises kids will never again be locked out of their classroom and away from their classmates.

Our plan will put a dedicated mental health professional in every single Victorian school and place a renewed focus on educational fundamentals, so we can support students to get their learning and social development back on track.

With the right support and certainty, Melbourne can become number one again.