Kristen Doute revealed in an Instagram comment Friday that she had to miss Stassi Schroeder and Beau Clark’s wedding in Italy because she had already committed to another one.

“ugh so sad I missed Rome but we have a wedding here we had already booked!” Doute responded to a fan who asked about her absence. “I’m soo happy she got her dream wedding.”

The former “Vanderpump Rules” star, 39, also posted a photo of Schroeder, 33, and Clark, 42, at their wedding on her Instagram Story to wish them congratulations.

“look at this ethereal beauty! love you @stassischroeder,” she wrote underneath the picture.

Page Six broke the news that Schroeder disinvited former co-star Scheana Shay from her Roman nuptials and never even sent their castmate Tom Sandoval an invitation.

“Scheana was originally supposed to go, but at some point she got disinvited,” an insider shared. “All she knew was that it was for ‘budget reasons,’ although it didn’t really seem like she was buying it.” 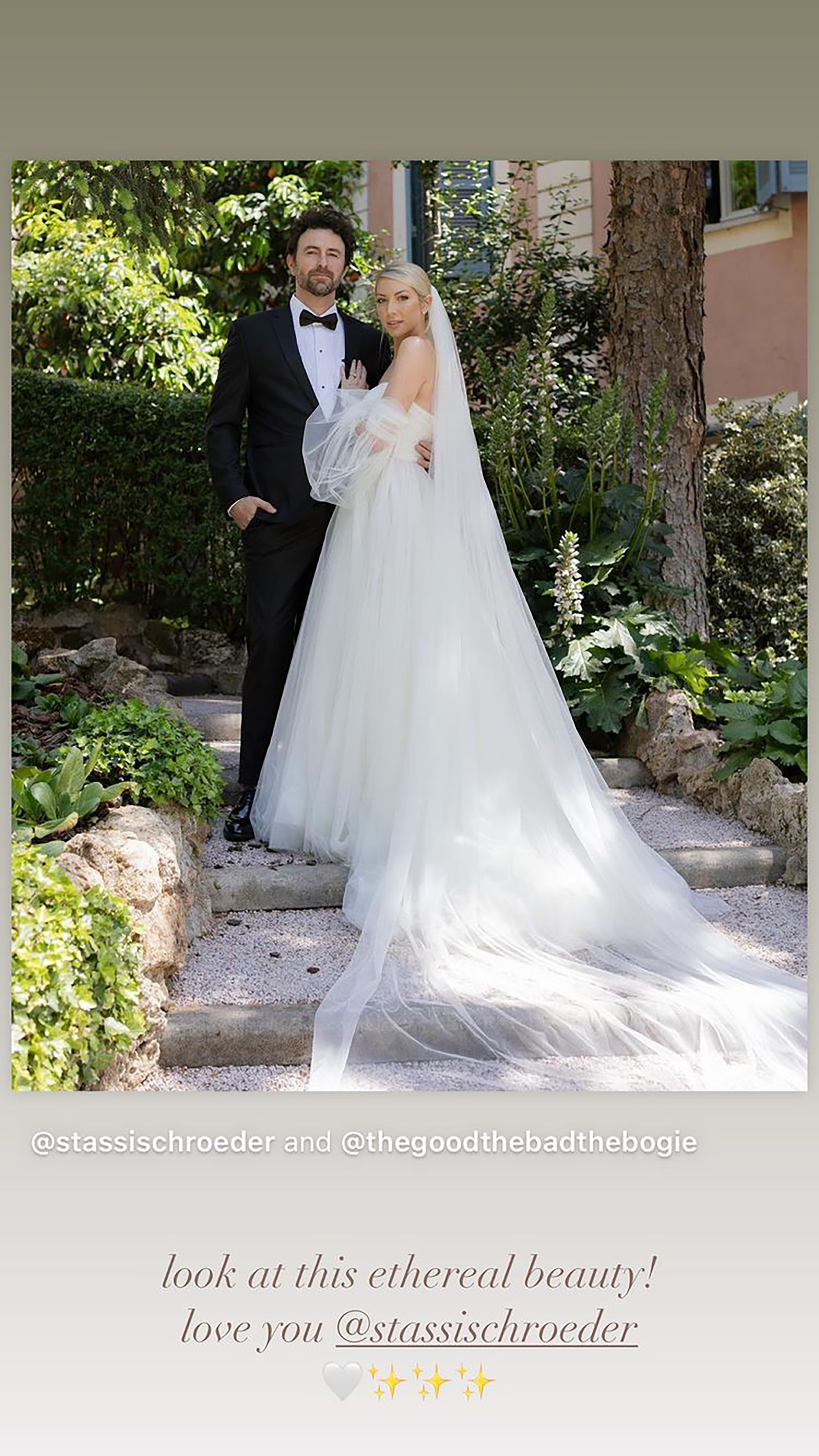 Schroeder and Clark tied the knot for the second time Thursday after their secret September 2020 backyard wedding. The former Bravolebrity opted for an off-the-shoulder tulle Galia Lahav dress with a long veil, while her groom wore a classic black tuxedo.

The couple’s 1-year-old daughter, Hartford, was also on hand for the celebrations in a matching tulle dress.

Schroeder and Doute were fired from “Vanderpump Rules” in June 2020 after they falsely accused then-co-star Faith Stowers, who was the show’s only black cast member at the time, of robbery in a 2018 police call. They both issued apologies.