CRISTIANO RONALDO shared a photo of him attempting an overhead kick on his Al-Nassr debut… even though he MISSED the ball completely.

The 37-year-old made his first appearance for the Saudi Arabia club in their 1-0 victory over Al Ettifaq on Sunday night. 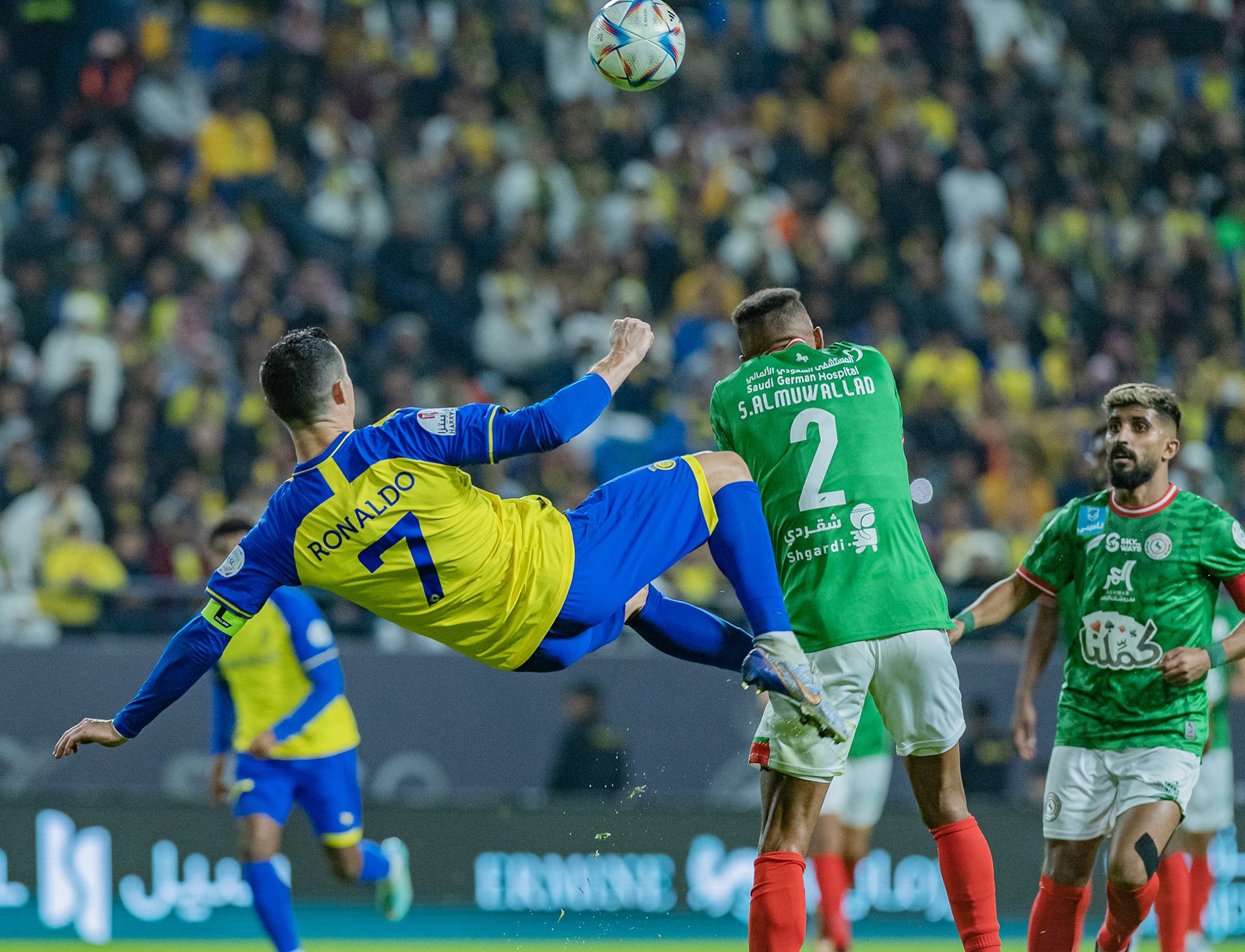 But Ronaldo failed to get on scoresheet on his first competitive outing.

Although it wasn't for the want of trying.

And the forward even went to extreme lengths to try and get his first goal in Al-Nassr colours.

That's because he attempted an acrobatic effort, although it went badly wrong.

In fact, Ronaldo didn't even manage to connect with the ball, instead colliding with Al Ettifaq player Saeed Al Mowalad.

Regardless, he uploaded a highlights reel of photos to his Instagram page, which included a snap of the overhead kick attempt.

And fans have been reacting to the strange post on social media.

One fan said: "This was a failed overhead kick that slammed the defenders head but still decided to post it as one of his highlights of the night after being one of the worst players on the pitch 😂😂."

A second said: "So Ronaldo hurt the guy with a failed overhead kick and still went ahead to post it? No way 🥺."