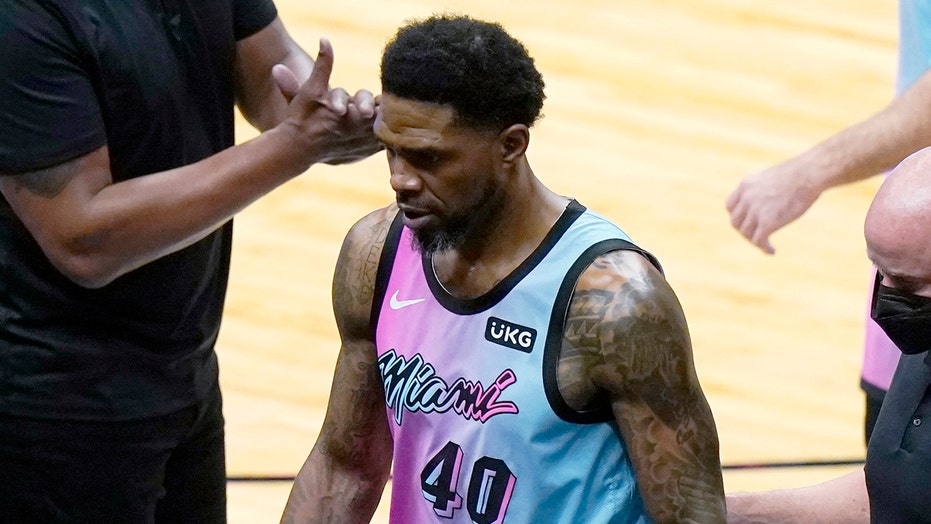 Miami Heat veteran Udonis Haslem checked into his first game this season on Thursday night against the Philadelphia 76ers, and it lasted all of about three minutes.

Haslem was ejected in the first half after getting into a tiff with 76ers center Dwight Howard.

“That’s my favorite moment of the season so far,” Heat coach Erik Spoelstra said after the team’s 106-94 victory. “Just excessive passion, competitiveness and anger. Just love it. And that’s why we roll with UD. Everybody in that locker room just has great respect and love for him.”

Haslem, a three-time NBA champion, has been a mainstay on the Heat since the 2003-04 season. Though he doesn’t get too many minutes anymore, he is a team captain.

He had tried to play peacemaker when teammate Trevor Ariza got into a spat with Joel Embiid.

“If this is the last one, I finished it the only way Udonis Haslem could — with an ejection,” Haslem said, via the Associated Press.

When asked if he was hinting at something, Haslem clarified he said “if.”

Haslem managed to score four points and grab a rebound in the brief appearance.

Miami moved to 39-31 with the victory and Philadelphia fell to 47-23. The Sixers are still the top seed in the Eastern Conference and the Heat are fifth.