ARSENAL take on Leicester City tomorrow lunchtime knowing that a win would see them leapfrog the Foxes in the table.

The Gunners are unbeaten in eight matches in all competitions since their 5-0 thrashing at Manchester City in August. 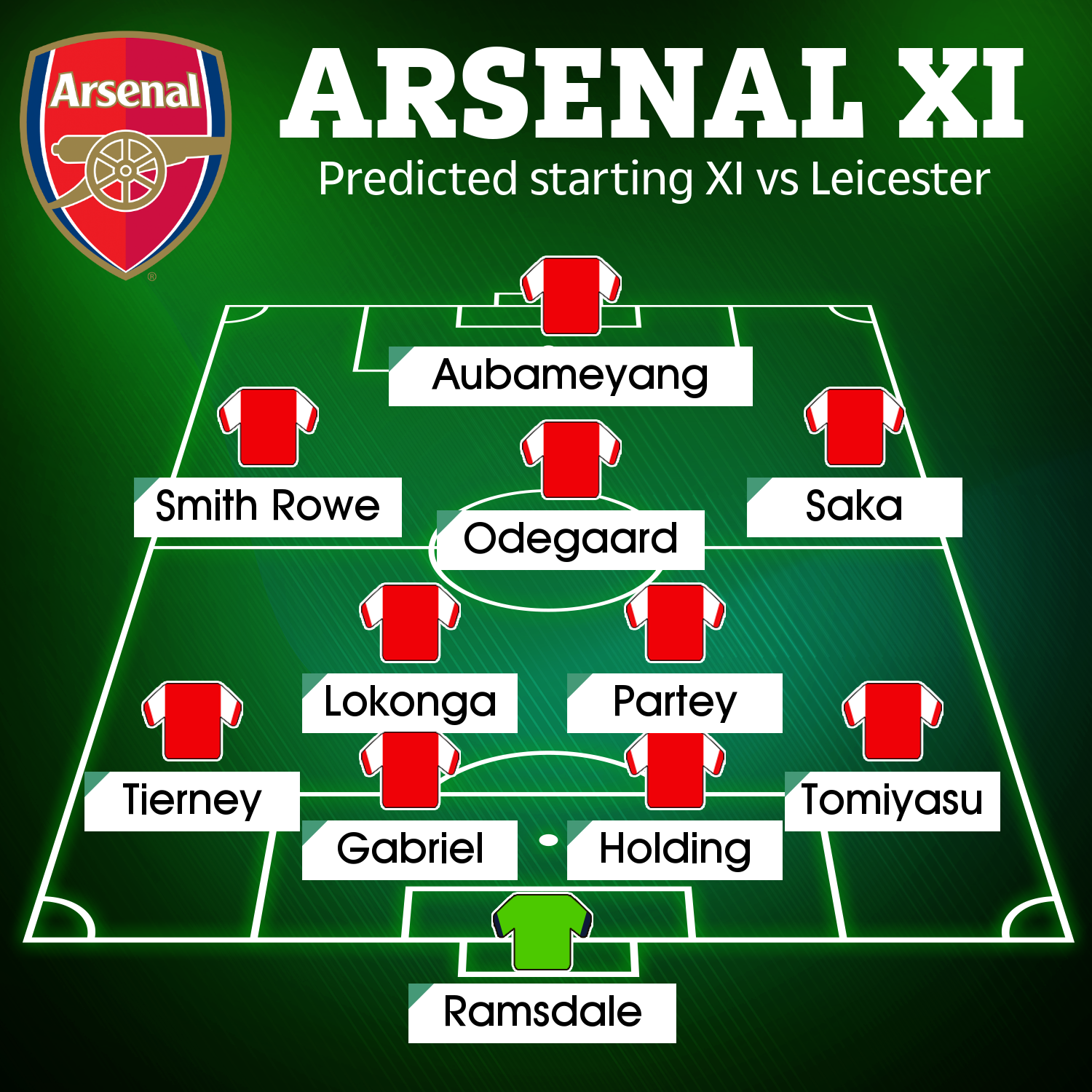 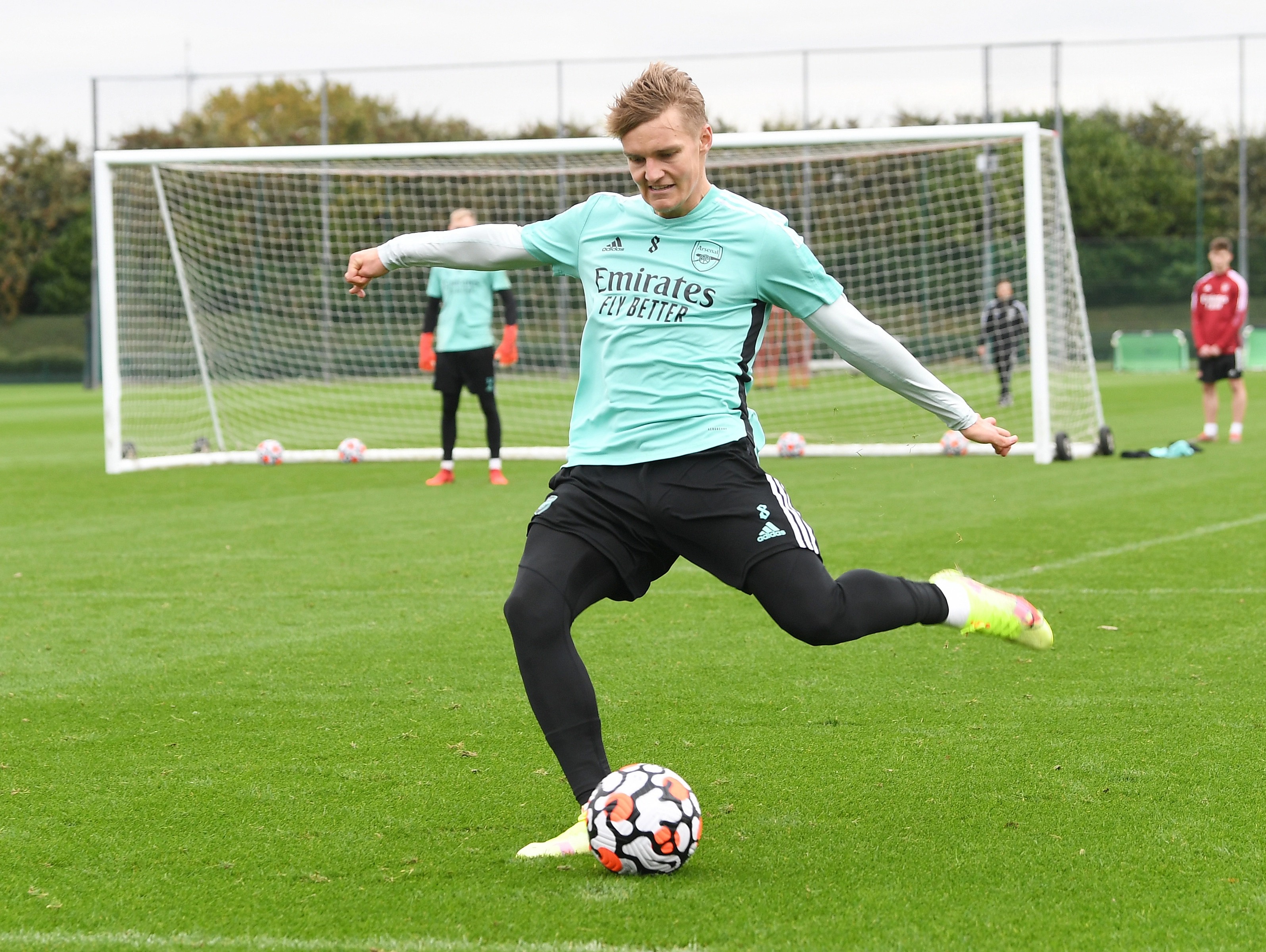 Gunners boss Mikel Arteta will be eager to keep up the momentum on Saturday.

Although the Gunners face a tough test in the shape of Brendan Rodgers' Leicester, who currently sit above them in ninth on goal difference.

Arsenal remain without long-term absentee Granit Xhaka, who continues to recover from a knee injury.

But Arteta may welcome a few players back into the fold after recent knocks.

One of those hoping to return is Kieran Tierney, who has missed the last two games with an ankle issue.

On the Scot's progress, the Spaniard said: "He’s progressing training. Let’s see how he is today. He felt a bit better last few days but he wasn’t 100 per cent to start the other day. We’ll see how he is in the last 48 hours." 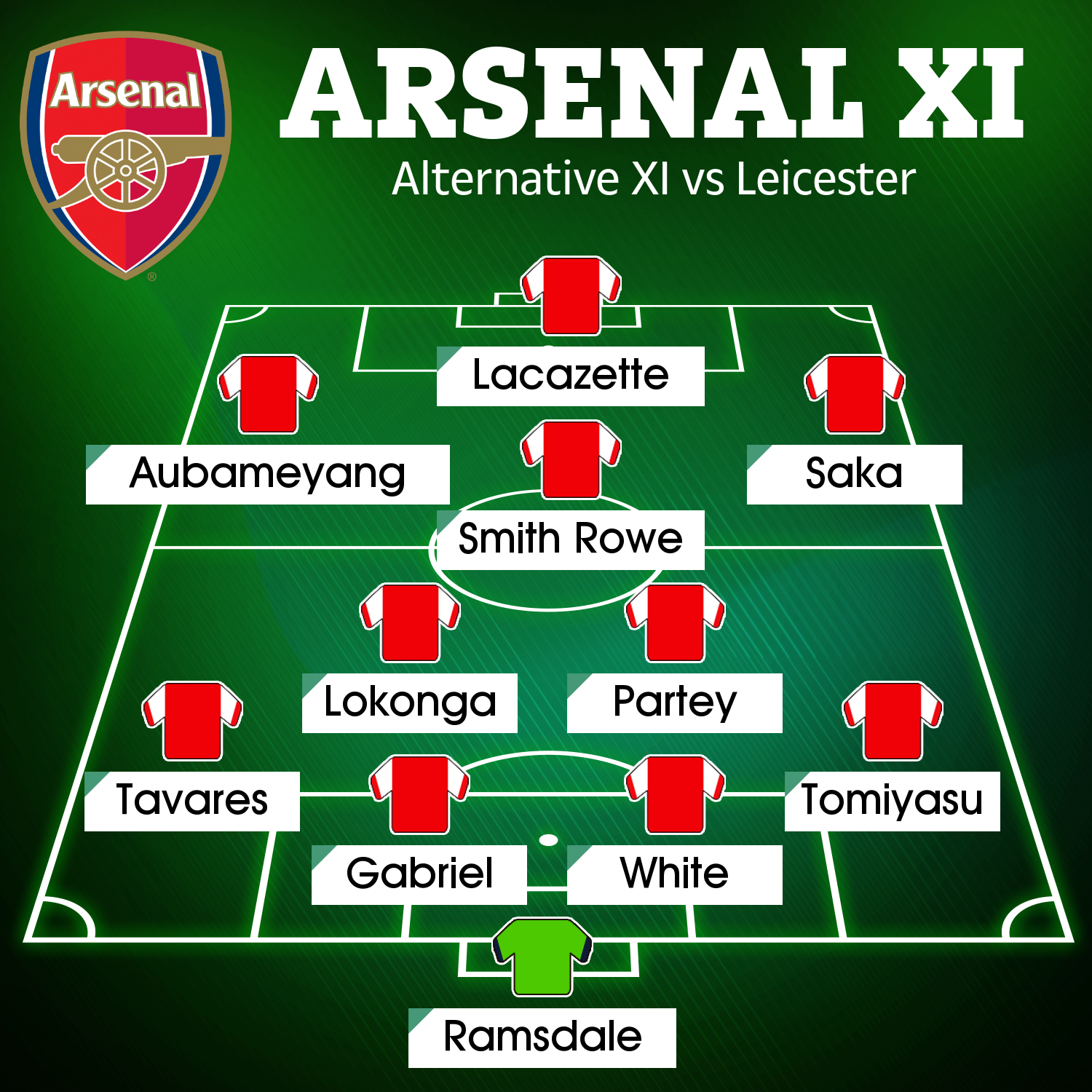 Nuno Tavares was rested in midweek with Sead Kolasinac fielded at left-back against Leeds – and the Portuguese would be fresh to start should this match come slightly too soon for Tierney.

Takehiro Tomiyasu can expect to replace Cedric Soares at right-back, while Gabriel Magalhaes will come back in at centre-back.

Aaron Ramsdale will return in place of Bernd Leno – but who partners Gabriel in front of him remains undecided.

Ben White has been suffering with illness and had to be replaced against Leeds, with Calum Chambers scoring with his first touch.

More likely to deputise should White not be available, however, is Rob Holding – with Pablo Mari also battling illness.

Albert Sambi Lokonga and Thomas Partey have shown signs of building a steady partnership in midfield in recent weeks and should come in for Ainsley Maitland-Niles and Mohamed Elneny.

Bukayo Saka will be preferred to Nicolas Pepe on the right flank, and he'll be joined in the trio behind the striker by Emile Smith Rowe.

Martin Odegaard could complete the trio, having returned to training following an issue.

But should the Norwegian not be ready to start, Alexandre Lacazette or Nicolas Pepe could come into the side, with frontman Pierre-Emerick Aubameyang able to play from the left or up top.

Eddie Nketiah wants more game time after his goal in midweek – but the youngster is very unlikely to have earned a place in Arteta's XI. 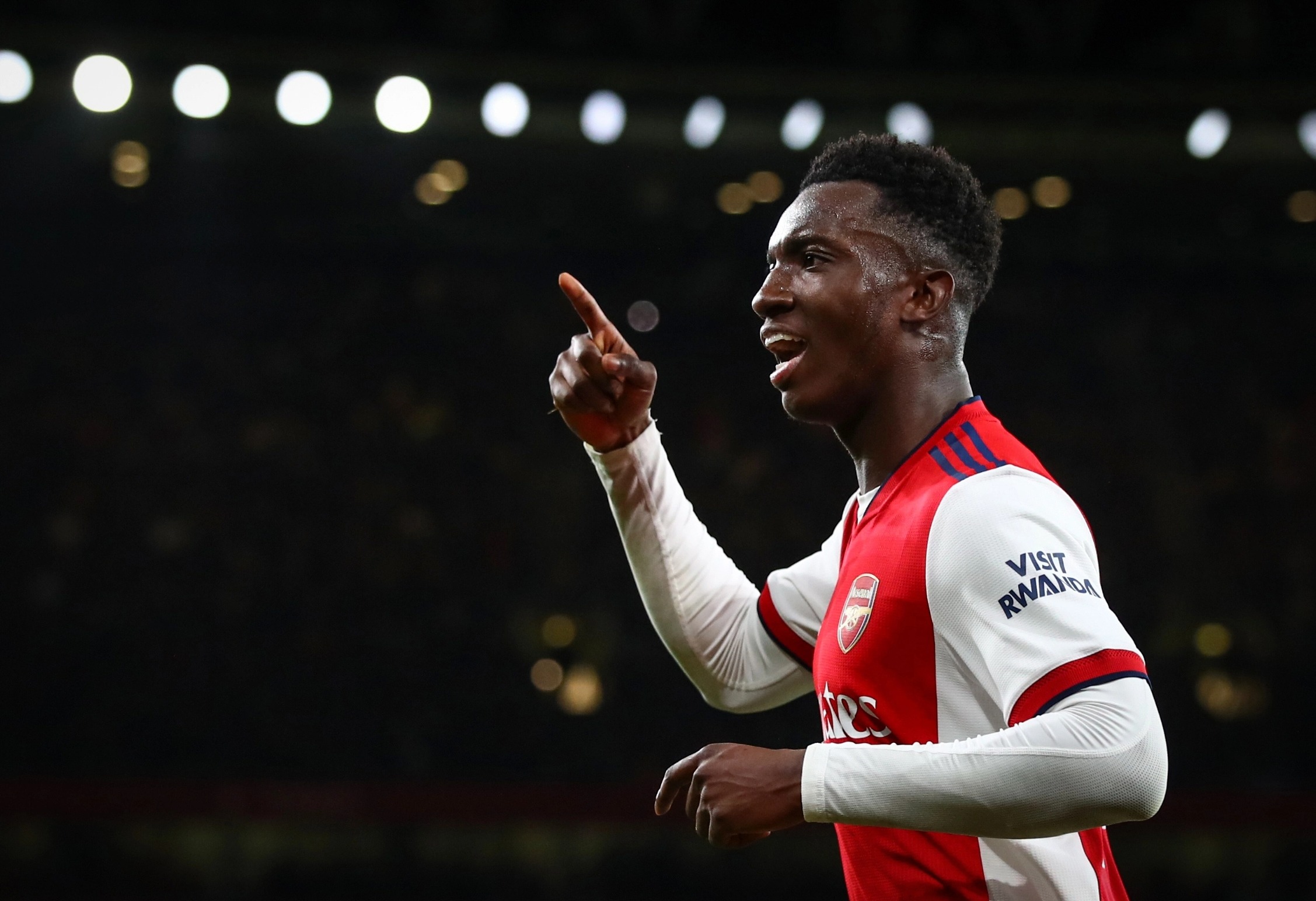