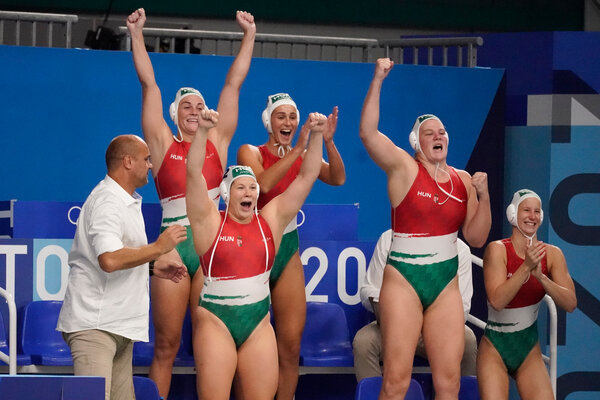 Hungary stunned the top-ranked United States in women’s water polo, rallying for a 10-9 victory in preliminary round play on Wednesday against an American squad that has won gold at the last two Olympics.

Hungary scored twice in the final two minutes and won on a backhanded, overhead flip by its New Zealand-born star Rebecca Parkes with 45 seconds remaining. It was Parkes’s third goal of the game, and her second of the fourth quarter.

Hungary, which finished fourth at the last three Olympics, is only the second country to beat the Americans since they won their second consecutive Olympic title at the 2016 Rio Games.

In the five years since collecting that medal, the United States went 128-3, losing only to Australia. But after starting the Tokyo Games with a 25-4 win over host Japan, the Americans had to rally to beat China on Monday. They remain the favorites to win the group.