JAKE PAUL has trolled Conor McGregor by getting an extravagant piece of jewellery made in honour of the Irishman's last loss.

The YouTuber turned boxer relentlessly trolled The Notorious before and after his UFC 257 rematch with Dustin Poirier in January. 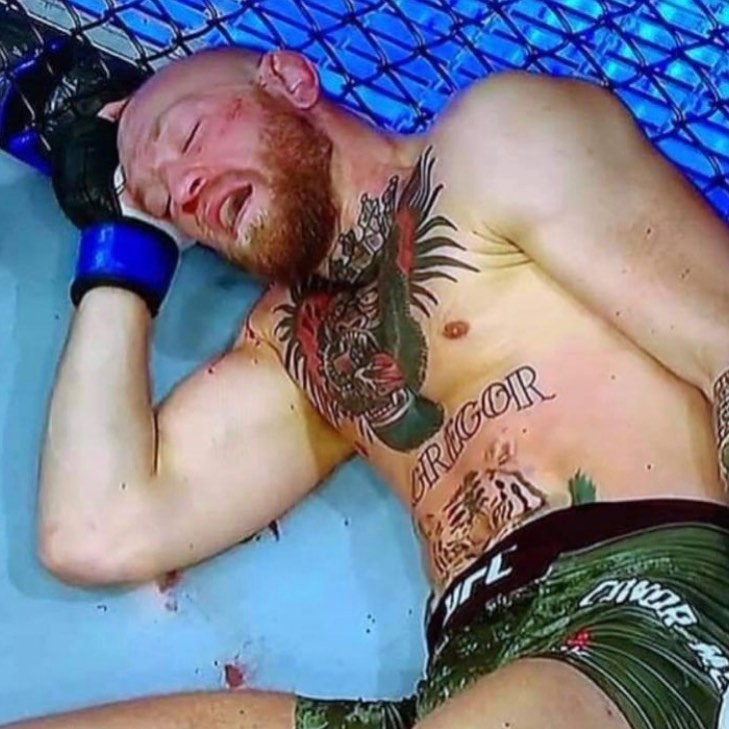 Paul was vicious with his trolling of the UFC's poster boy, who he's desperate to face in a boxing match.

And The Problem Child has forked out a whopping £72,205 ($100,000) getting a diamond-encrusted emblem of McGregor slumped on the canvas after he was stopped by The Diamond.

He tweeted: "I had my jeweller custom make me a $100,000 dollar diamond necklace of this frame

McGregor, 32, will face Poirier in a blockbuster trilogy fight early on Sunday morning in the main event of UFC 264.

Ireland's first and only UFC champion was in a ferocious mood during Friday morning's pre-fight press conference, in which he vowed to put Poirier on a 'stretcher'.

BETTING SPECIAL – Get McGregor to win by knockout, TKO or DQ at 40/1

McGregor's return to his old trash-talking ways thrilled his legion of fans.

Paul, however, was far from impressed by the Dubliner's pre-fight antics.

He tweeted: “You can tell Conor has lost ‘it."

“He no longer speaks from a place of authenticity and you can tell he’s trying to convince himself of his own lies.

“He takes offense to everything now. He’s bathing in his own insecurity’s [sic].

"When we fight I will further expose him for the fraud he is.”

Paul, who is gearing up for a showdown with former UFC welterweight king Tyron Woodley, is adamant he'll one day share the ring with McGregor.

McGregor, the UFC's first simultaneous two-weight world champion, has long refrained from addressing the Paul brothers but recently admitted he'd share the ring with the pair.

He said: "I couldn't care about them two dingbats. I don't see so, but never say never.

"If they're gonna keep competing, who knows? But, dingbats, the two of them."