JON JONES called out Francis Ngannou following the latter's incredible win over Stipe Miocic – but how do the duo compare?

Ngannou, 34, ripped the heavyweight title from Miocic with a brutal second-round KO in the main event of UFC 260 in Las Vegas. 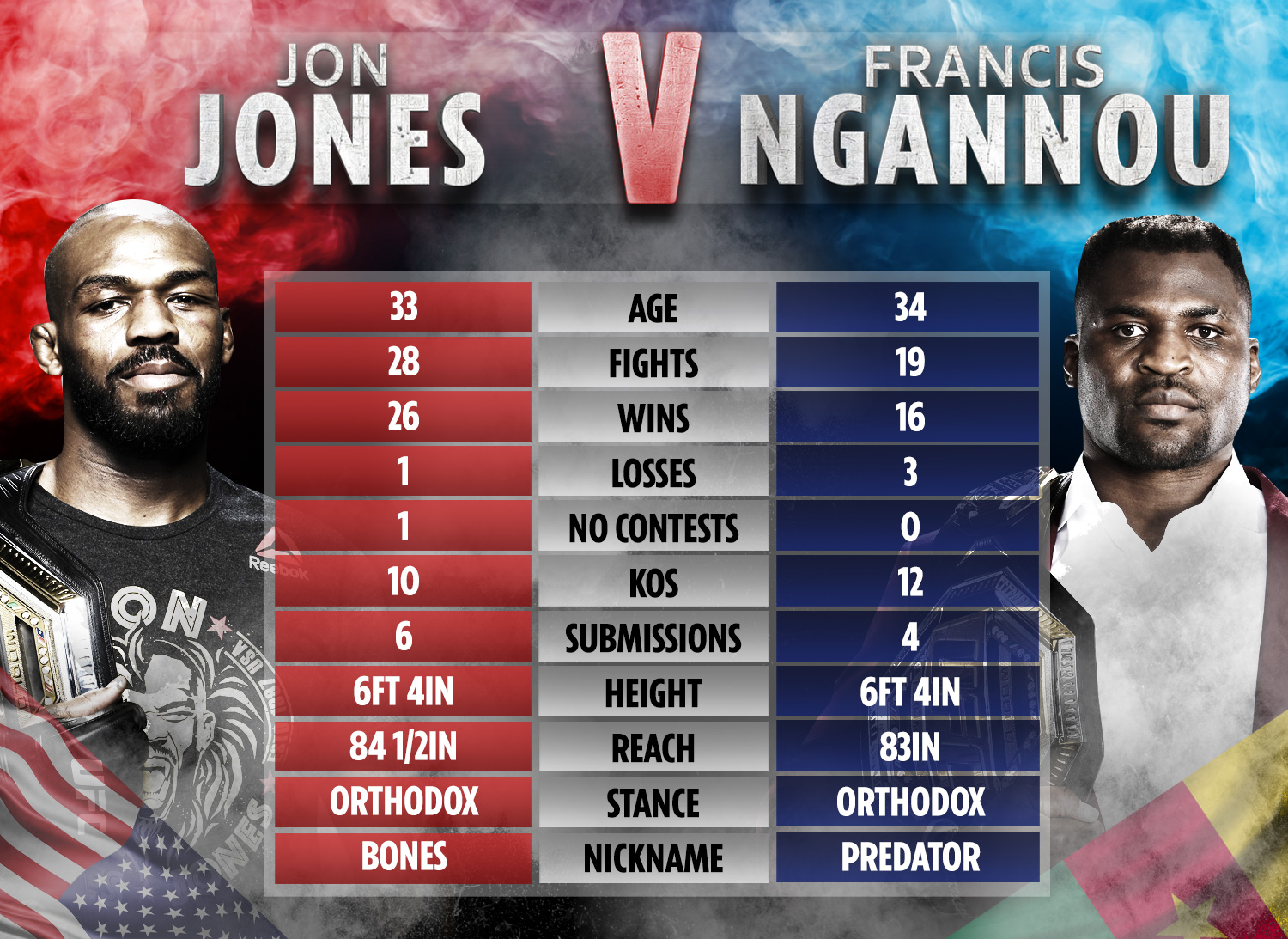 And immediately after the win, the Cameroonian was called out by Bones for what could be a monster showdown later this year.

Jones hasn't fought since last February, when he narrowly outpointed Dominick Reyes, but is currently working hard to for his eagerly-anticipated move to heavyweight.

And after watching the 265lb showdown from the comfort of his sofa, he made his intention to face Ngannou clear.

Bones then followed up that tweet with one urging the UFC to meet his demands for a pay rise, adding: "Show me the money."

But who would go into the fight as favourite?

Both fighters stand at an imposing 6ft 4in – with Jones boasting a marginally longer reach at 84 1/2in compared to Ngannou's 83in.

Bones has won 26 of his 28 fights – losing just once, with one no contest – including ten KOs.

The American has also won a record 14 UFC title fights, never losing when a belt is on the line – arguably the greatst pound-for-pound fighter at present.

Ngannou, despite boasting 12 KOs from his 19 fights, has lost three times along with his 16 victories.