Detroit Lions coach Dan Campbell appeared to be frustrated with another loss Sunday at the hands of the Cincinnati Bengals and posed a challenge to his quarterback, who has been under center for all six losses to start the season.

Jared Goff was 28-for-42 passing for 202 yards and an interception in the team’s 34-11 loss. It was the third game he’s been held without a touchdown pass. Campbell told reporters Goff needed to “step up.” 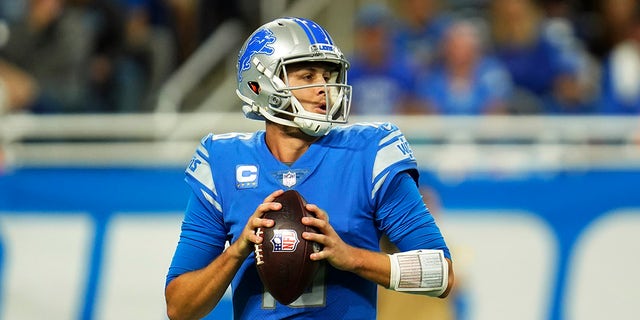 Detroit Lions quarterback Jared Goff looks downfield during the first half against the Cincinnati Bengals, Sunday, Oct. 17, 2021, in Detroit. 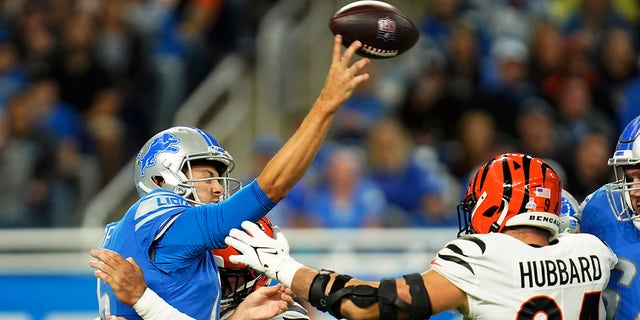 T.J. Hockenson, D’Andre Swift and Jamaal Williams were all banged up during the week. The Lions placed Quintez Cephus on injured reserve with a broken collarbone earlier in the week. The team is also without Frank Ragnow and Tyrell Williams.

Goff said he needs to do more to help the team after the loss.

“I think I can always do more. You’re never in a position where you feel like you’re complacent. Of course, we’re nowhere near that, but I think I’ve got some experiences to rely on that I can relay to these guys and do my best to be the best leader I can be and continue to try to find the open guy and get him the ball, take care of the football and do my job every day,” he said. 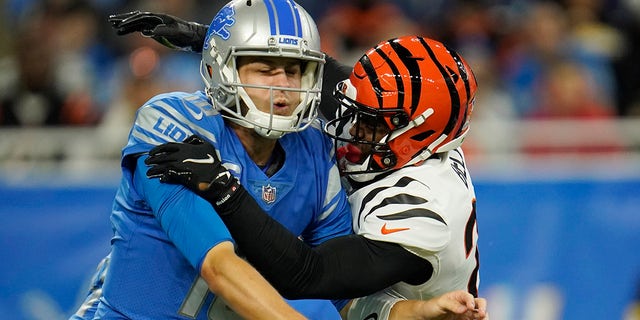 Detroit is the only NFL team yet to win a game this season. Goff said his performance has been “up and down.”

“I mean, there’s been good, there’s been bad, there’s been stuff to work on. It’s kind of always that way when you look at yourself and when you’re critical of yourself. Like I said, everyone’s got their things that they’re working on, and I’m no different.”