RIO FERDINAND has been racially abused for the second time in less than 24 hours.

The Manchester United legend was subjected to monkey chants from a Wolves fan at Molineux on Sunday. 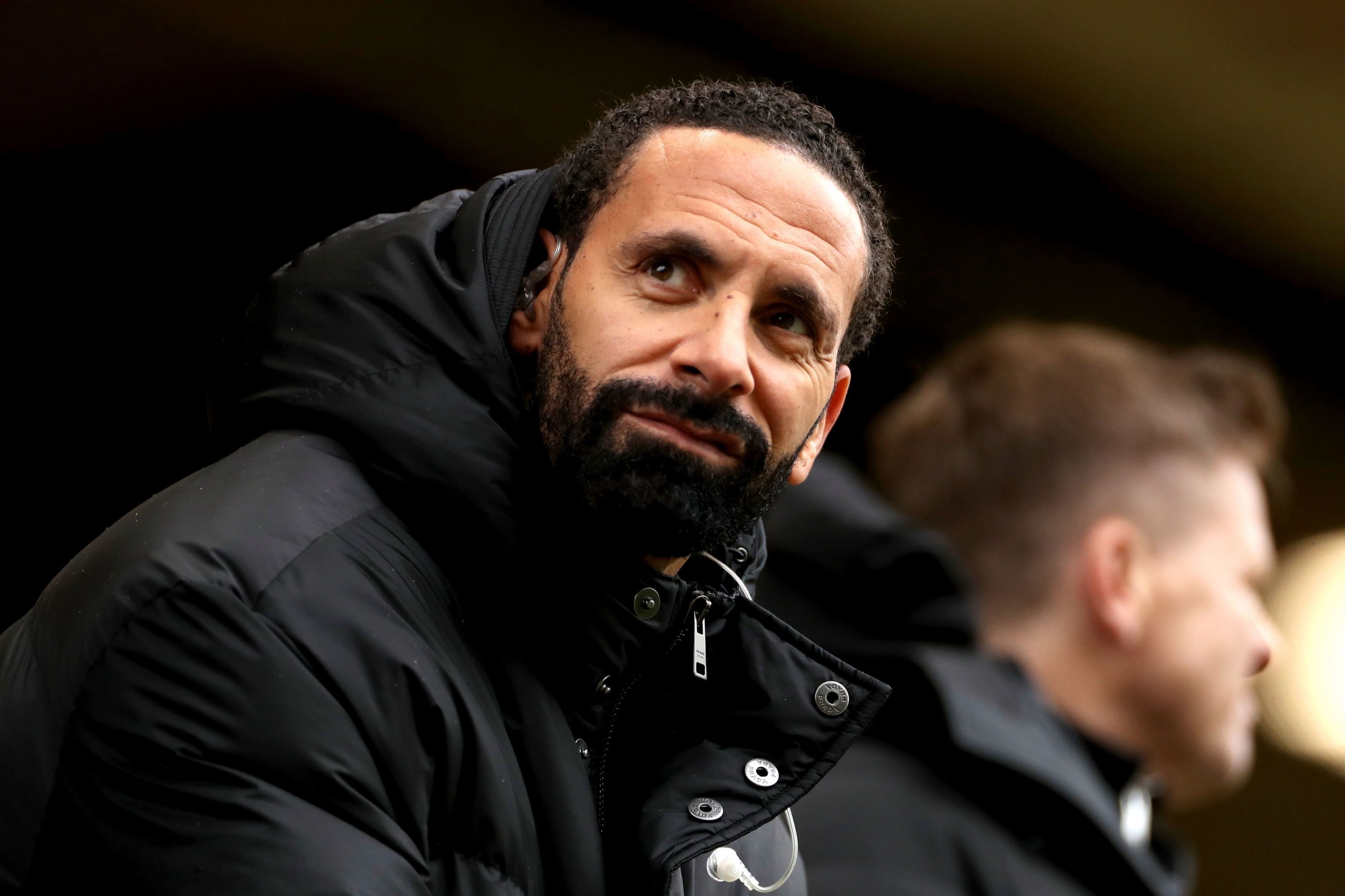 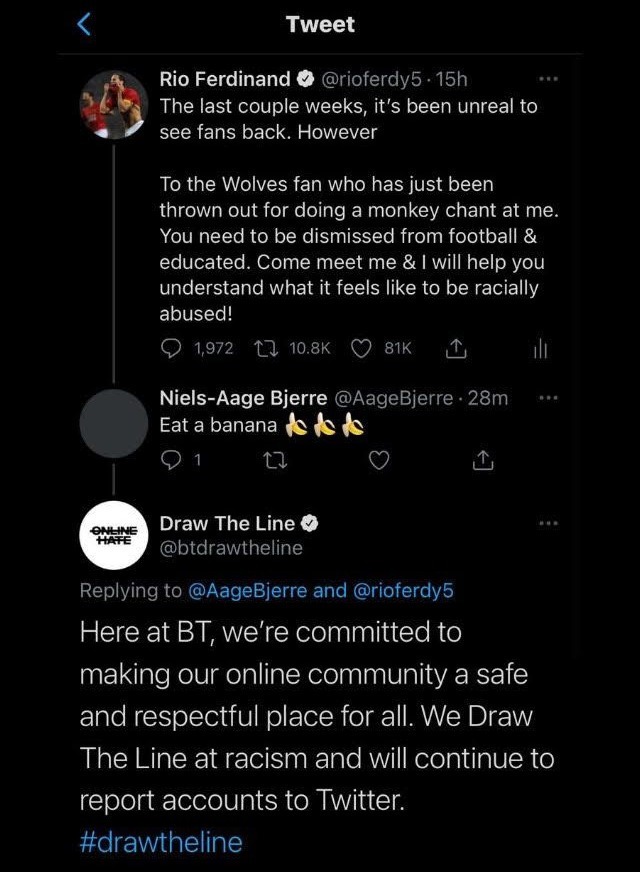 The supporter was thrown out, arrested and Wolves promised to ban the fan for life if found guilty.

Ferdinand wrote on Twitter: "The last couple of weeks, it's been unreal to see fans back.

"However to the Wolves fan who has just been thrown out for doing a monkey chant at me, you need to be dismissed from football and educated.

"Come meet me and I will help you understand what it feels like to be racially abused!"

BT's campaign against online hate and abuse, Draw The Line, tweeted in response to the post: "Here at BT, we're committed to making our online community a safe and respectful place for all.

"We Draw The Line at racism and we will continue to report accounts to Twitter. #drawtheline."

Countless figures within the game have been targeted in an alarming spate of hateful attacks.

Earlier this month, clubs, players, fans and more took part in a social media boycott to encourage platforms to do more to stamp out abuse.