Sunday was fairly quiet in regards to ratings action in primetime, with CBS’ 60 Minutes leading the pack in ratings and viewership delivering a 0.7 in the adults 18-49 demographic and 9.02 million viewers. The rest of the network’s night was populated by reruns of NCIS: Los Angeles, NCIS: New Orleans and NCIS, with each having the largest audience in its hour. CBS won the evening overall in viewers.

ABC meanwhile topped the night in the demo. After a repeat of America’s Funniest Home Videos, Who Wants to Be a Millionaire? (0.5, 4.21M) climbed two tenths compared with last week, while Card Sharks (0.5, 2.97M) ticked up three tenths. The night ended with an encore of The Rookie.

NBC started the night with repeats of Weakest Link, The Wall and Chicago Med and wrapped its offerings with a fresh Dateline (0.3, 2.08M), which held steady in the demo.

Fox served reruns of its Sunday lineup which included Name That Tune, The Simpsons, The Great North, Bob’s Burgers and Call Me Kat. 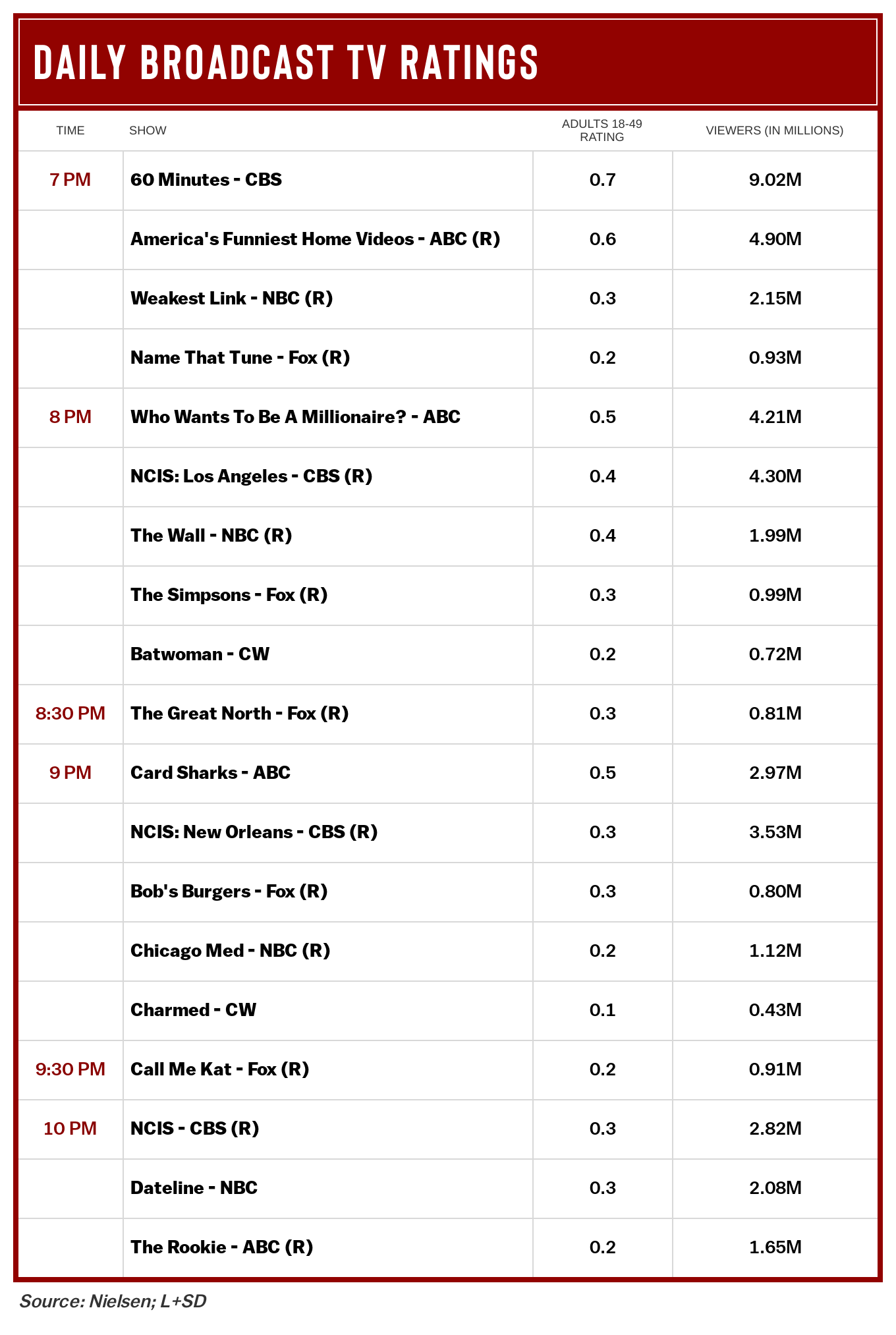