A GUEST on A Place in the Sun has left host Ben Hillman staggered after confessing to owning a mind-boggling amount of clothes.

John and Poppy had travelled from England to Lot-et-Garonne in southwestern France in order to find their new permanent home. 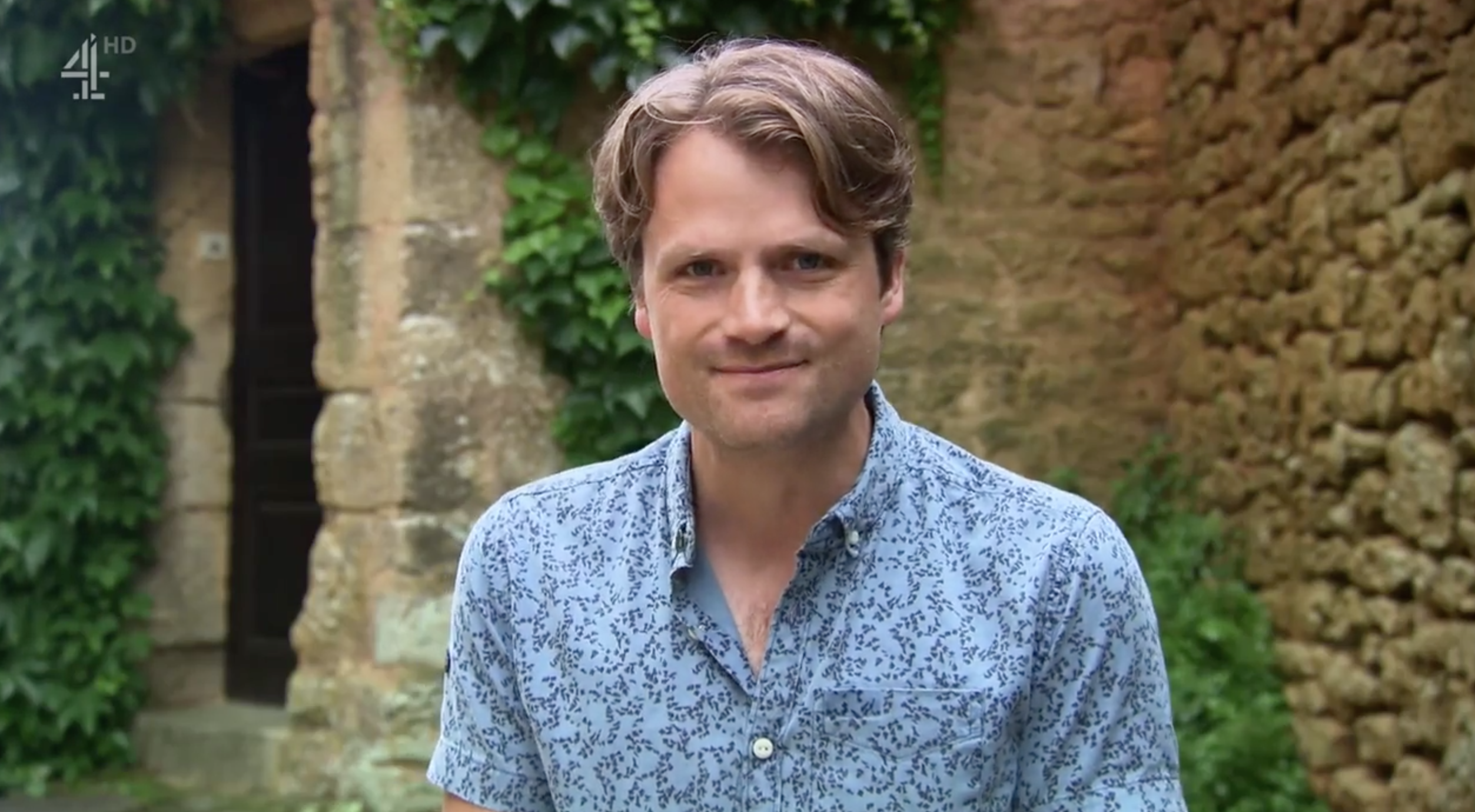 The couple, who were looking for a quiet life in a "traditional and rustic" home, had an impressive base budget of £175,000.

Willing to stretch to £192,000 to find their dream property, Poppy was keen for an art studio space, while John wanted a "man cave" for his tools.

The pair were also keen to have at least an acre of land to play with – as well as one further unusual request: plenty of wardrobe space for Poppy.

Not wanting to divulge any further, Poppy and John took to house hunting with TV presenter Ben, who offered up five impressive properties. 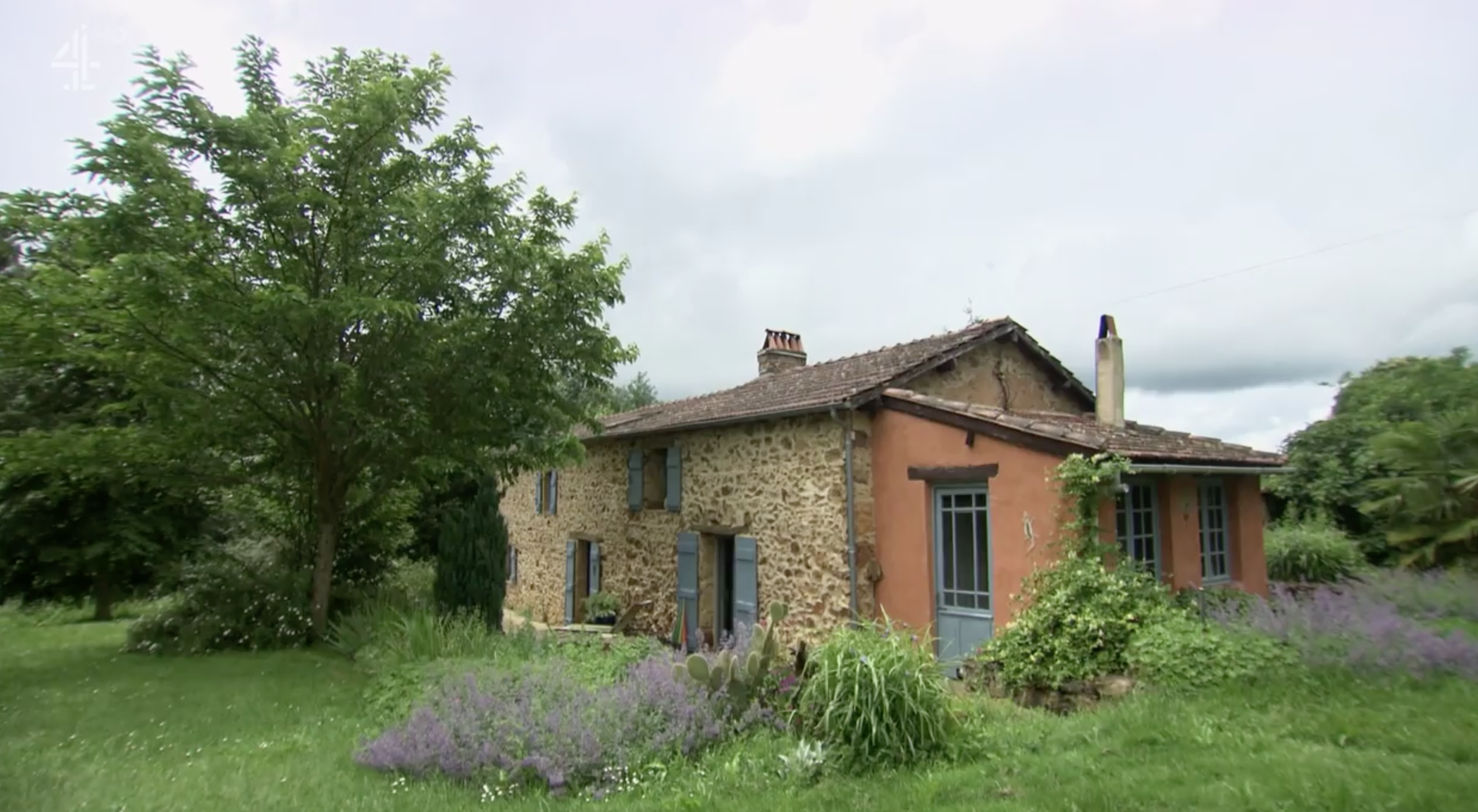 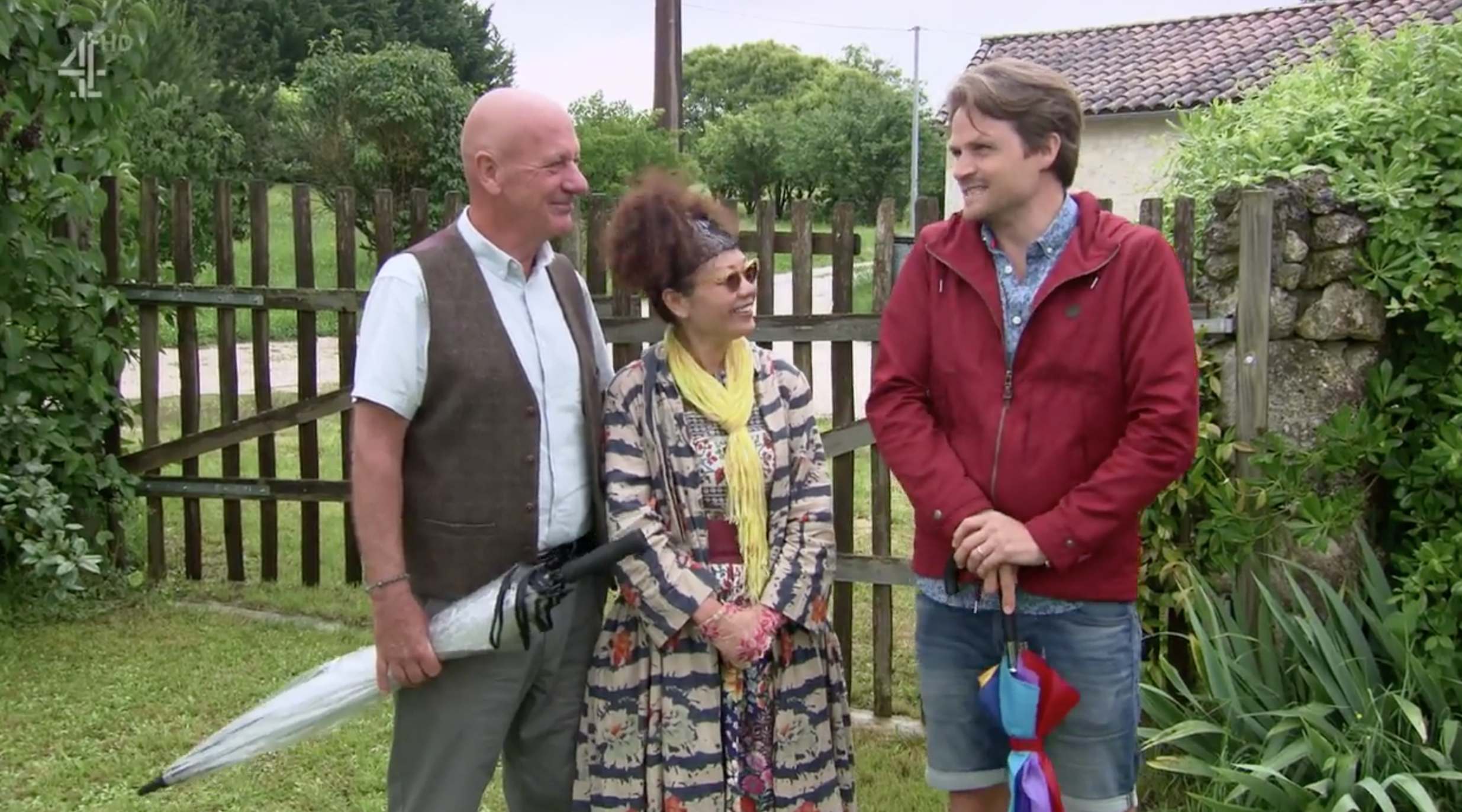 The first, priced at £153,000 sported four bedrooms, a large one acre garden and was full of character, including original wooden beams.

But it was quickly dismissed due to lack of space for Poppy's walk-in wardrobe and John's man cave, asking Ben to find them something more.

While the couple weren't keen on the outside of the second property, which only had half an acre of land and was priced at £172,000, they looked around anyway.

Inside, Poppy spotted an ideal place to put large wardrobes and cupboards, explaining that she had "a lot of clothes" to make way for. 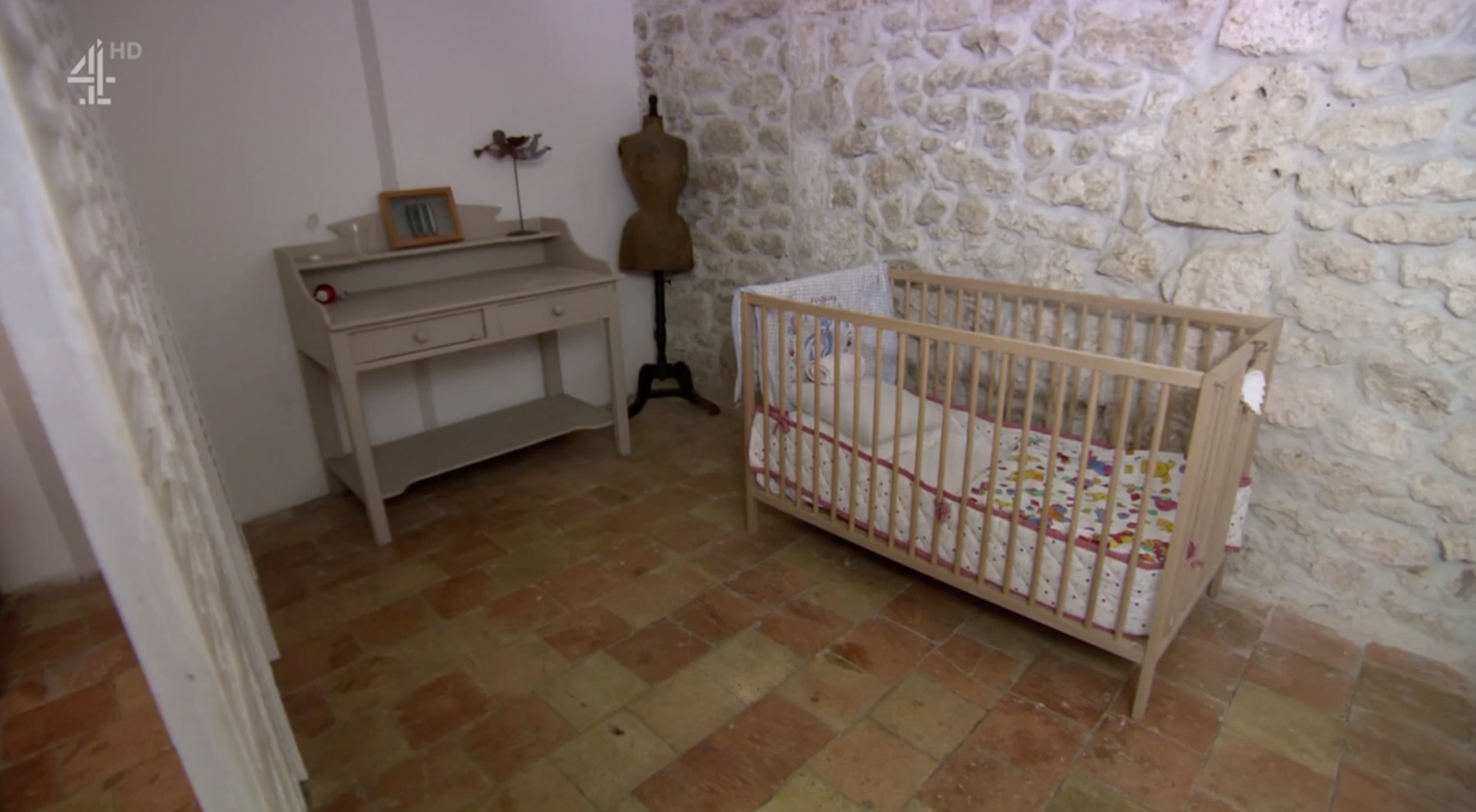 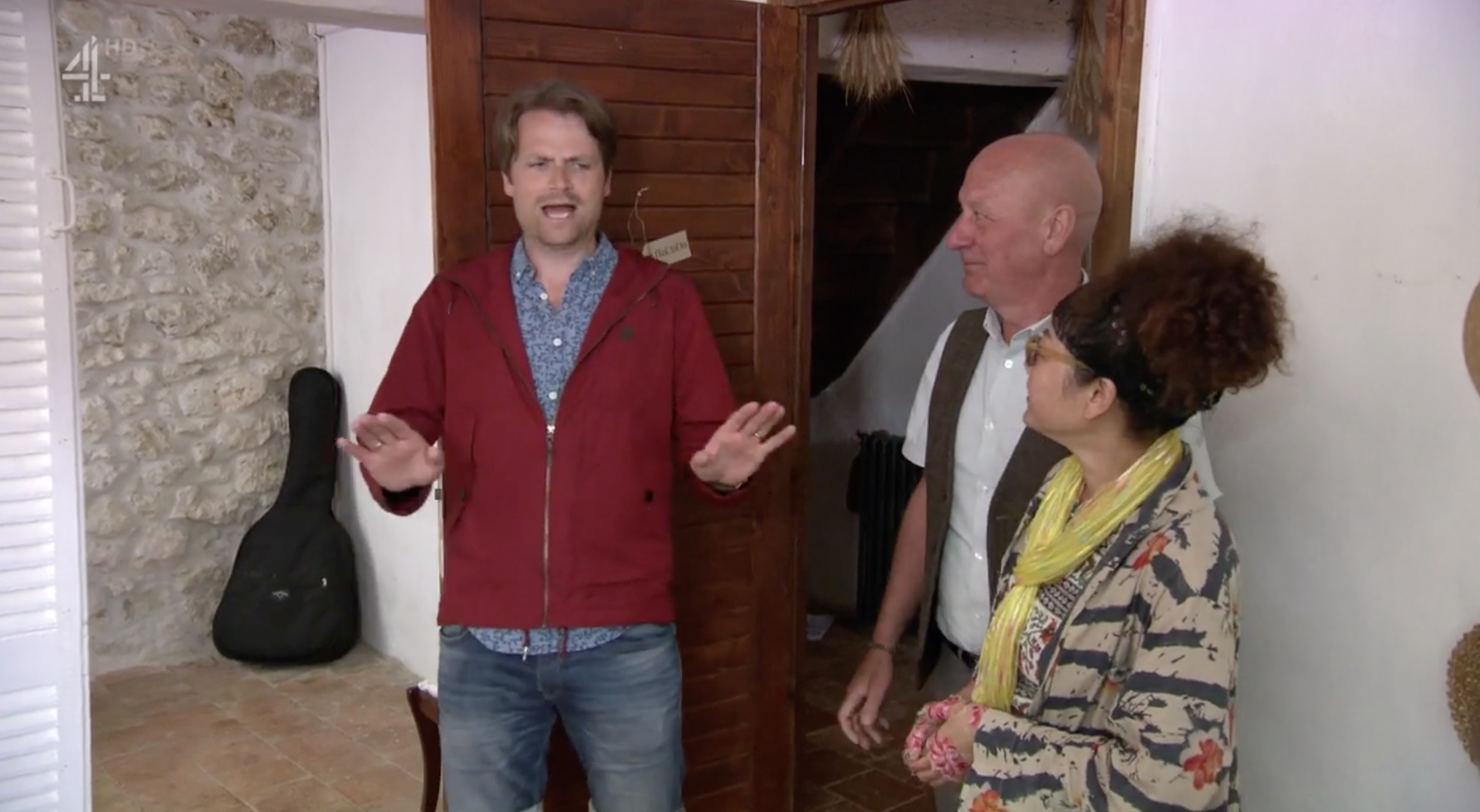 "She has 500 to 600kg of clothes," John then confessed to host Ben, to which he looked staggered and was left open mouthed.

When he could at last find the words, he asked the husband-and-wife duo how they knew exactly how much Poppy's clothes weighed in kilograms.

"When we moved back from China, we had 900kg worth of goods and 600kg of that were clothes," John explained of their hefty luggage fares.

Poppy went on to explain that she "collects clothes from all corners of the world" in local markets and from small businesses, and views the precious items "as artwork". 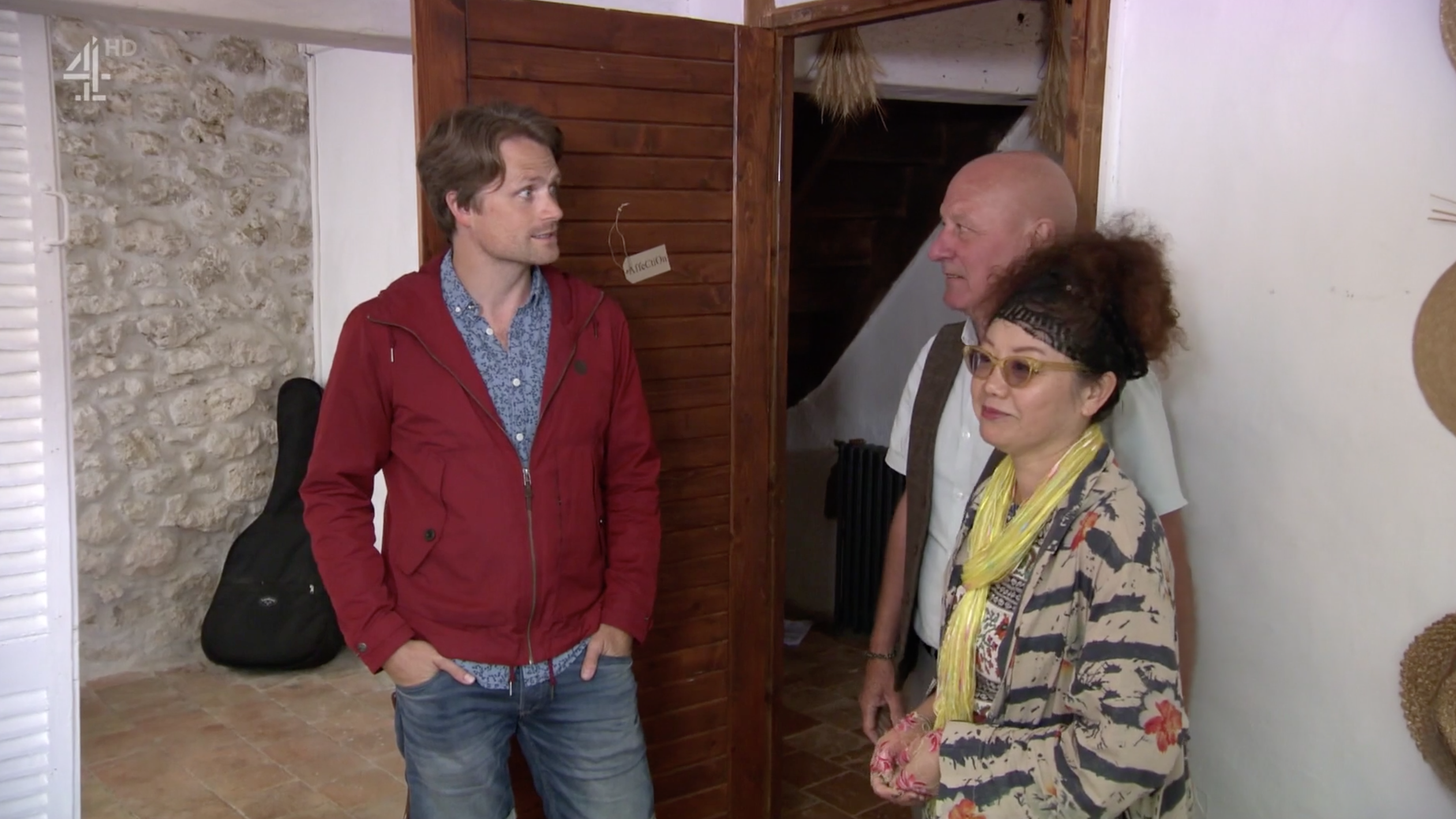 "It's like a diary of my life," she described the huge collection of clothes, bags and shoes from across the globe.

Impressed but wanting more, they moved onto a third property, which featured an outdoor swimming pool and plentiful wardrobes.

But it was property number four the couple fell truly in love with, listed for £158,000, and sporting an incredible 12 acres of private land.

Exploring every inch of the property, which needed repairs and modernising, they were amazed by the size of each of the rooms.

Poppy and John were equally pleased to find out that alongside the main house, there was a barn with potential to become a two-bedroom property also sat on the land.

The owner placed a counter offer of £142,000, to which Poppy and John agreed – with Ben revealing they had visited France since the programme to seal the deal.

A Place in the Sun airs weekdays at 4pm on Channel 4.