On this week’s episode of the Channel 4 show, the Goggleboxers got to catch up on the week’s TV, including the series six premiere of Line of Duty, the latest awkwardness of First Dates Teens and the catfishing going on inside The Circle. However, while watching Philip Schofield and Holly Willoughby interviewing Health Secretary Matt Hancock on their ITV show This Morning on Monday, many of the cast members got rather riled up.

The presenting duo was celebrating the easing of lockdown and the introduction of six-person meetings outside by having their very own barbecue outdoors.

James Martin was on the grill while Mr Hancock was sat at the other end of the table, answering questions from the presenters.

“Slight return to a little bit of normality today,” started Phillip. “Many questions about the lockdown still remain unanswered.”

“Correct, Phillip,” remarked Gogglebox star Izzie Warner while watching next to her sister Ellie who then added: “No way, they have got Matt Hancock in the garden!” 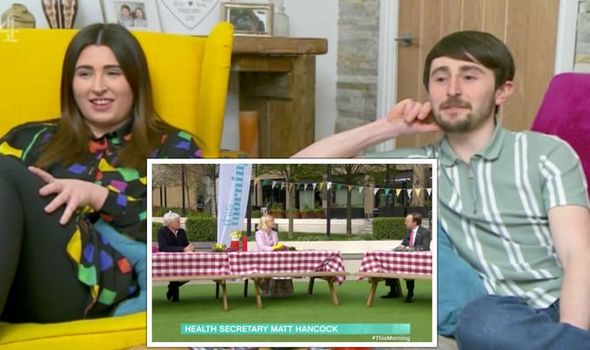 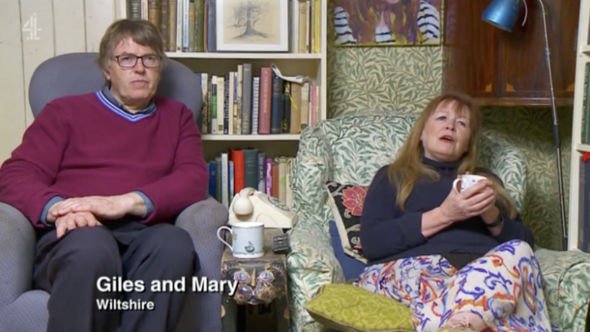 At the Michaels’ in Brighton, Louis had a more cynical approach to Mr Hancock’s appearance on the show: “He wants to cash in on the fact that he is not the bearer of bad news, for once.”

Holly then continued on-screen: “The one thing everybody really is concerned about and wants to know is, is this the final lockdown? Is this it now, are we on the road to recovery?”

But Mary, sitting on her armchair next to her husband Giles, wasn’t happy with this line of questioning: “How can he know? She can’t ask that? He can’t know that?”

Louis took it a step further: “It’s a bulls**t question and he is going to give a bulls**t answer?” 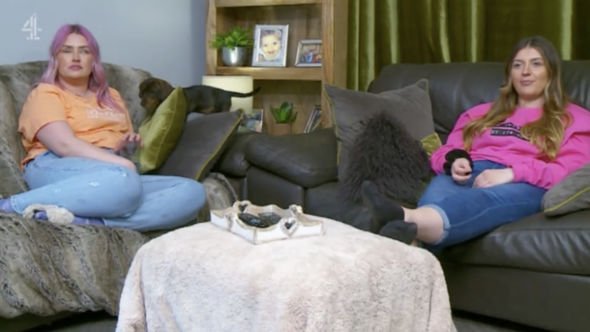 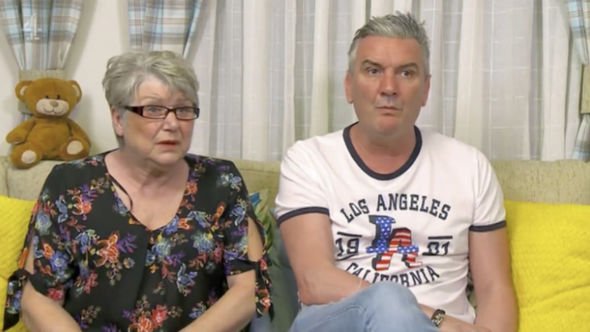 “Well, I think so, I very much hope so,” was Mr Hancock’s answer on the ITV show.

“He thinks so, he hopes so,” mocked Tom Sr at the Malone household.

Lee, on the other hand, noticed someone behind the politician with a wheelie bin which in turn led Pete to joke: “Oh Matt, your speech is here,” making his sister Sophie laugh.

Phillip continued the interview: “There is a bit of confusion as to how far you can go to meet with someone.”

“They say you should minimise travel,” added Mr Hancock. “But if you want to travel to see friend and family, then that is absolutely fine.”

“Where?” uttered Gogglebox’s Lee and Jenny in unison.

“No matter where they are in England,” said Mr Hancock, seemingly replying to the pair.

“That is not minimising travel,” criticised Mary.

“Basically he is saying, travel but don’t travel”, remarked Izzie.

Mr Hancock then told the ITV presenters how he hadn’t been home to Suffolk since November, to which a sleuthing Lee commented: “November? Was he allowed to go in November?”

Overall, none of the Goggleboxers seemed really impressed by the Health Secretary’s performance during the interview.

But fortunately, they got some more interesting viewing during the rest of the programme.

Gogglebox airs Fridays at 9pm on Channel 4.
This Morning airs weekdays at 10am on ITV.