Coronation Street: Kevin tells Sally he’ll ‘be there for her anytime’

Sally Metcalfe (played by Sue Dynevor) and Kevin Webster (Michael Le Vell) got married in 1986 and had two children Rosie Webster (Helen Flanagan) and Sophie Webster (Brooke Vincent) before divorcing in 1997 in Coronation Street. The pair remarried four years later but spilt again in 2010. However, after overcoming their past to become friends, will their relationship blossom once more into a romance?

Sally asked her ex-husband if he knew where she was and the pair shared a touching moment which those watching at home noticed.

“Hi Kev, is Abi around?” Sally asked and Kevin replied: “Why does no-one come to see me anymore?”

“It’s just Fay said she was looking for me earlier on,” the mum-of-two explained.

“You’ve just missed her, she’s gone to meet someone from her recovery group,” Kevin revealed. “How is Faye [Windass (Ellie Leach)]?” 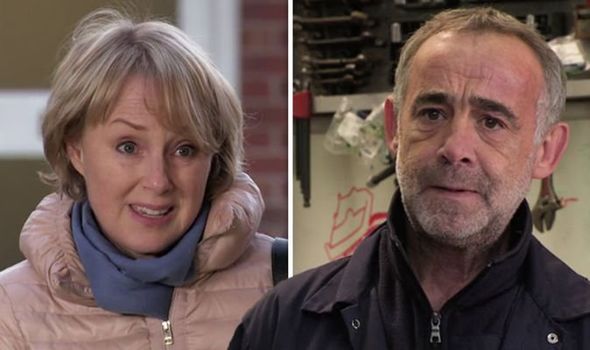 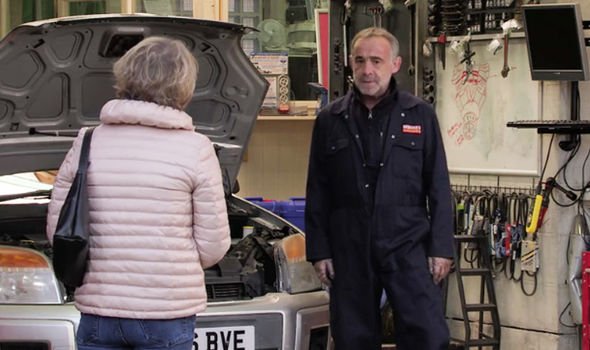 “Not good,” Sally replied. “She finally gets the courage to tell the police what Ray had done to her and they release him. Meanwhile, she’s facing charges over Adam. It’s all the wrong way around.”

“Surely they can’t just release him,” Kevin remarked. “Not with his history, it’s not the first time he’s been accused of sexual assault.”

“Well you’d think that but you know what Ray’s like, he always manages to wriggle out of it somehow. Tim’s beside himself,” Sally said.

“I don’t blame him, I’d be the same if it was one of the girls,” the mechanic quipped.

“I’m just worried he’s going to do something stupid,” she confessed. “Like batter him.” 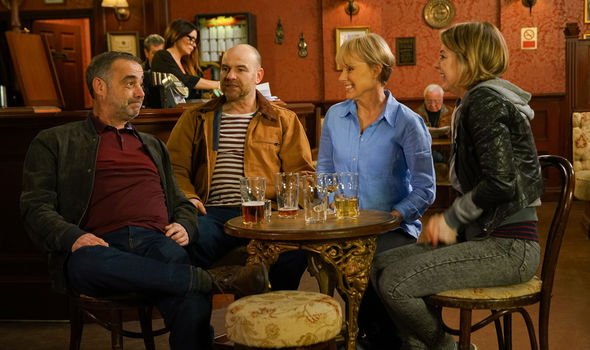 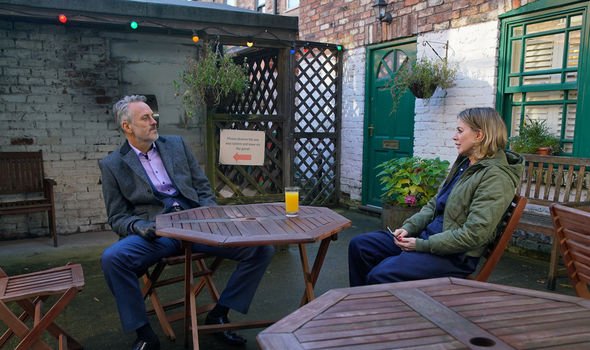 “I wouldn’t blame him if he,” Kevin said. “I wouldn’t [encourage him] I’m just saying I understand his urge.”

“I don’t want him to be charged as well. Maybe you could take him for a pint? Be a mate to him? Because Steve’s away at the moment,” the former Mayor asked.

“Okay, I’ll pop over later,” he replied. “And how are you bearing up?”

“You know that’s the first time anyone’s asked me that,” Sally said and Kevin added: “This can’t be easy on you either.”

“No it isn’t,” his ex-wife confirmed and he continued: “Well I’m there if you need me anytime.”

“Thanks, Kev but you’ve got enough going on yourself,” Sally answered.

He hit back: “They’re, these shoulders you know,” and she quipped: “Abi’s a very lucky woman.”

Could the pair develop feelings for each other again as they bond over Ray’s reign of terror on the cobbles?

Coronation Streets fans certainly think so as one tweeted: “I will always love Kevin and Sally together #corrie.”

Another asked: “Did I see a spark between Sally & Kevin? Tim and Sally are working just fine #Corrie.”

“Was that a lingering look between Kevin and Sal or am I just feeling nostalgic? #Corrie,” a third suggested.

While someone else questioned: “Would you like to see sally and Kevin get back together? #Corrie.”