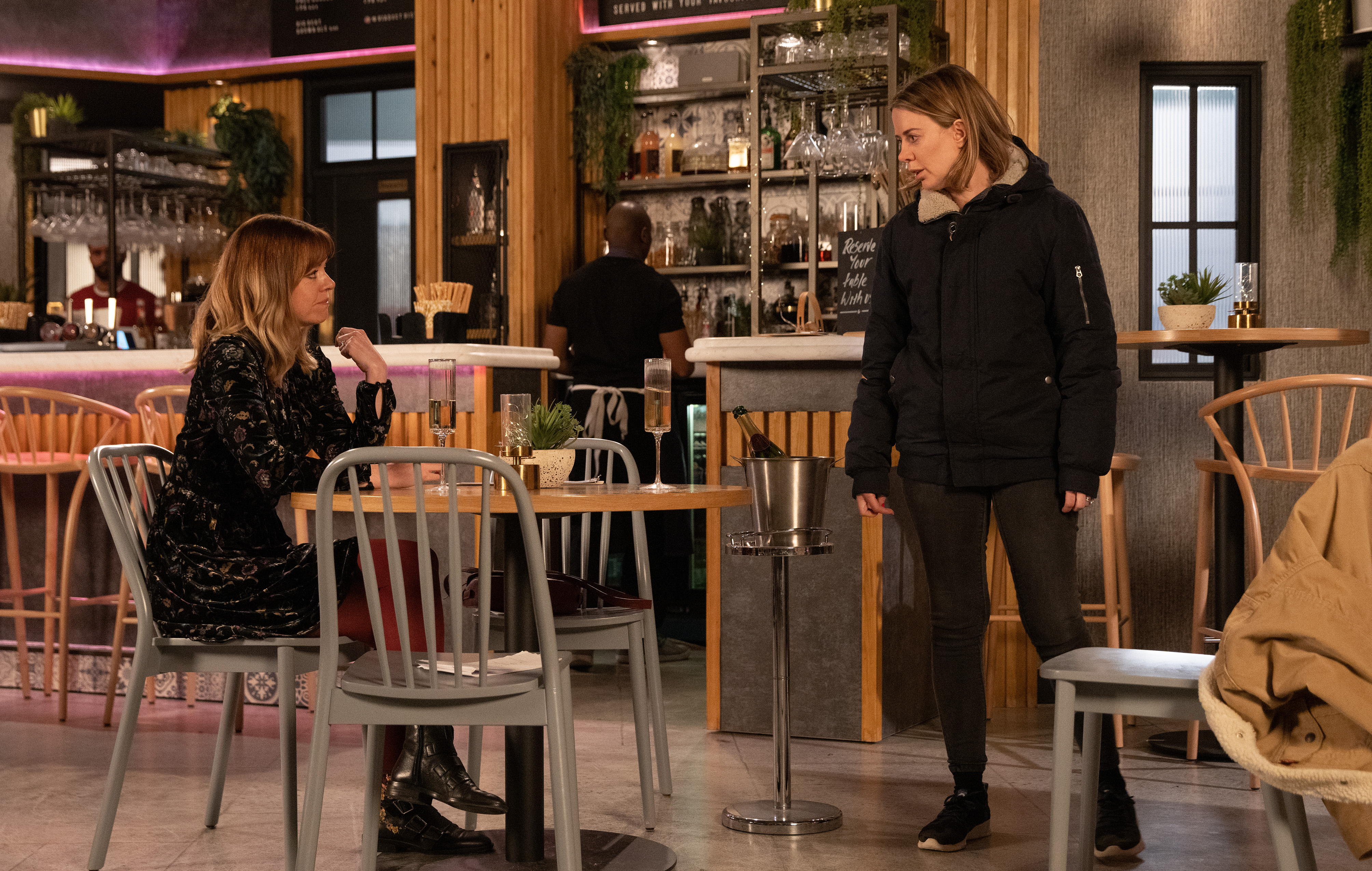 Georgia Taylor has revealed there will be ‘huge conflict’ between her Coronation Street character Toyah Battersby and Abi Webster (Sally Carman) when Toyah learns the truth about the paternity of baby Alfie.

Ever since Abi gave birth to the surprise little boy in a shocking twist, Toyah has been offering the other woman her support – but she has no idea that her partner Imran Habeeb (Charlie de Melo) is actually the father after having a one-night-stand with Abi last year.

Toyah will no doubt be left devastated as the bombshell finally drops just as she was settling into domestic bliss with Imran and their foster daughter Elsie, who the couple are supposed to be adopting.

Speaking about the turning point in the storyline, Georgia explained: ‘You have a woman who has given birth to her fourth child and it is the only child she has left and who has given up two children to be adopted, which is something that Toyah would never do.

‘And then you have Toyah who obviously can’t have children and is desperate to be a mum. So there’s going to be a huge conflict between them based on that as well.’

Ultimately, this line of thought will affect the ever compassionate Toyah, the star adds.

‘Toyah is going to have a huge conflict with her own conscience about thinking those things, because fundamentally this is a woman who is damaged and an addict and who she would have helped in a previous life and has been helping.

‘To suddenly be faced with the fact that she has this child with Imran will be a huge internal conflict for Toyah because the compassionate side of her would want to sympathise with Abi, and understand the predicament she’s found herself in. But when it hurts Toyah, it’s very difficult to be objective about that.’

Georgia went on to ponder whether Toyah could still sympathise with Abi knowing what she’s done.

‘We will see a battle in [her] mind with how she reconciles this and how she deals with the situation. She is bound to be furious but then as things move on, maybe we see a different side where she tries to understand Abi’s position a bit more.’

Before we get ahead of ourselves, though, there’s a rocky road ahead for Toyah.

‘It is the ultimate betrayal and for Toyah it is the most heartbreaking thing that could happen to her,’ Georgia revealed. ‘The fact that this has resulted in the one thing that she can’t give [Imran], that’s going to hurt on a whole other level.’

Viewers will have to tune in to find out exactly how Toyah reacts when the plot comes to a head.