[Editor’s Note: This is the first of two parts analyzing the sci-fi craft contenders, beginning with two outliers, “Severance” and “Outer Range.”]

In a season marked by outstanding science fiction, nothing stands out more than the two genre-benders: Sci-fi thriller “Severance” and sci-fi Western “Outer Range.” That says a lot considering the rest of the field: A Marvel team-up between the mind-bending “Moon Knight” and time-jumping “Loki,” an ambitious adaptation of Isaac Asimov’s legendary “Foundation,” a daring sequel to “The Man Who Fell to Earth,” the latest spin-offs in the “Star Trek” and “Star Wars” universes, and the return of the Netflix blockbuster “Stranger Things.”

“Severance” and “Outer Range” are very dark and unconventional. The critically acclaimed “Severance” is arguably the best new drama among Emmy-eligible series, thanks to its ingenious premise — involving a surgical procedure that splits its characters’ workplace and personal memories — and its minimalist aesthetic. Showrunner Dan Erickson and directors Ben Stiller and Aoife McArdle have created an Orwellian nightmare for Adam Scott’s office worker, Mark Scout, who attempts to investigate what he and his “severed” colleagues are actually doing in the subterranean corridors of Lumon Industries.

Meanwhile, Outer Range” is like “Yellowstone” meets “The Twilight Zone,” in which stoic and ruthless Wyoming rancher Royal Abbott (Josh Brolin) time-jumps back and forth through a mysterious black void, confusing any sense of time and space. Like “Severance,” “Outer Range” taps an existential dread and feeling of powerlessness.

“Severance” has been submitted in 15 Creative Arts Emmy categories, and “Outer Range” in 14. But here’s the interesting part: both shows are downplaying their sci-fi aspects in these submissions, bypassing Outstanding Production Design for a Narrative Period or Fantasy Program and Outstanding Fantasy Sci-fi Costumes. Thus, “Severance” and “Outer Range,” like the dystopian survival thriller “Squid Game,” will avoid going up against the splashier competition in period, fantasy, and sci-fi programming. 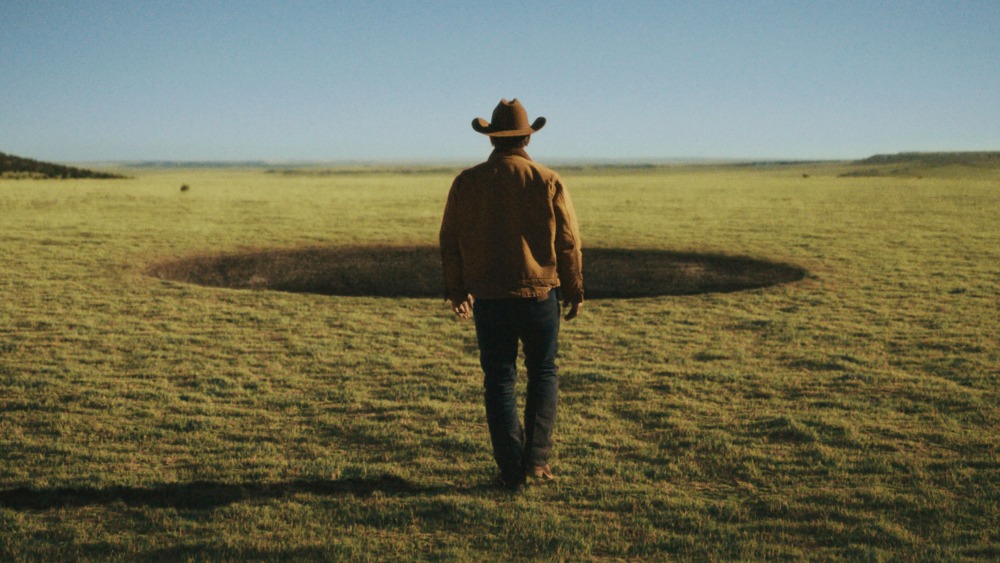 Is this a stretch? In the case of “Severance,” it’s debatable, considering the ambiguousness of when the show takes place and the late-20th-century influences in both production design and costumes. In the case of “Outer Range,” it’s less of an issue, since the show takes place in the present and the only fantastical craft on display is VFX (though the minimalist score leans toward trippy sci-fi). According to the current Emmy rules and regulations, “‘[P]eriod refers to any program whose setting is 25 years prior to January 1 of the current awards eligibility year.” Additionally, “51 percent of the running time must be period or fantasy scenery to be eligible.” Fantasy/sci-fi costumes, meanwhile, are defined as those “designed for imagined characters existing in unknown, or non-existent environments, mythical and/or invented and alternate realities.”

Splitting categories is another option “Severance” and “Outer Range” won’t be taking: For instance, “The Man Who Fell to Earth” and “Moon Knight” are submitted in contemporary production design and fantasy/sci-fi costumes. That’s a bifurcation of identity worthy of the Macrodata Refinement team, but it’s not uncommon: “The Handmaid’s Tale” has done this same production design/costumes split; last year, “WandaVision” took home the Emmy for Outstanding Fantasy/Sci-Fi Costumes while also besting all comers, regardless of genre, in Outstanding Production Design For A Narrative Program (Half-Hour). Then there’s Netflix’s “Russian Doll,” which is submitted in the period makeup category this season because of its Season 2 time-hopping.

How “Severance” and “Outer Range” Stack Up

Let’s take a closer look at what “Severance” and “Outer Range” have to offer in the craft races with an eye toward potential success and where they’re likely to face some hurdles. 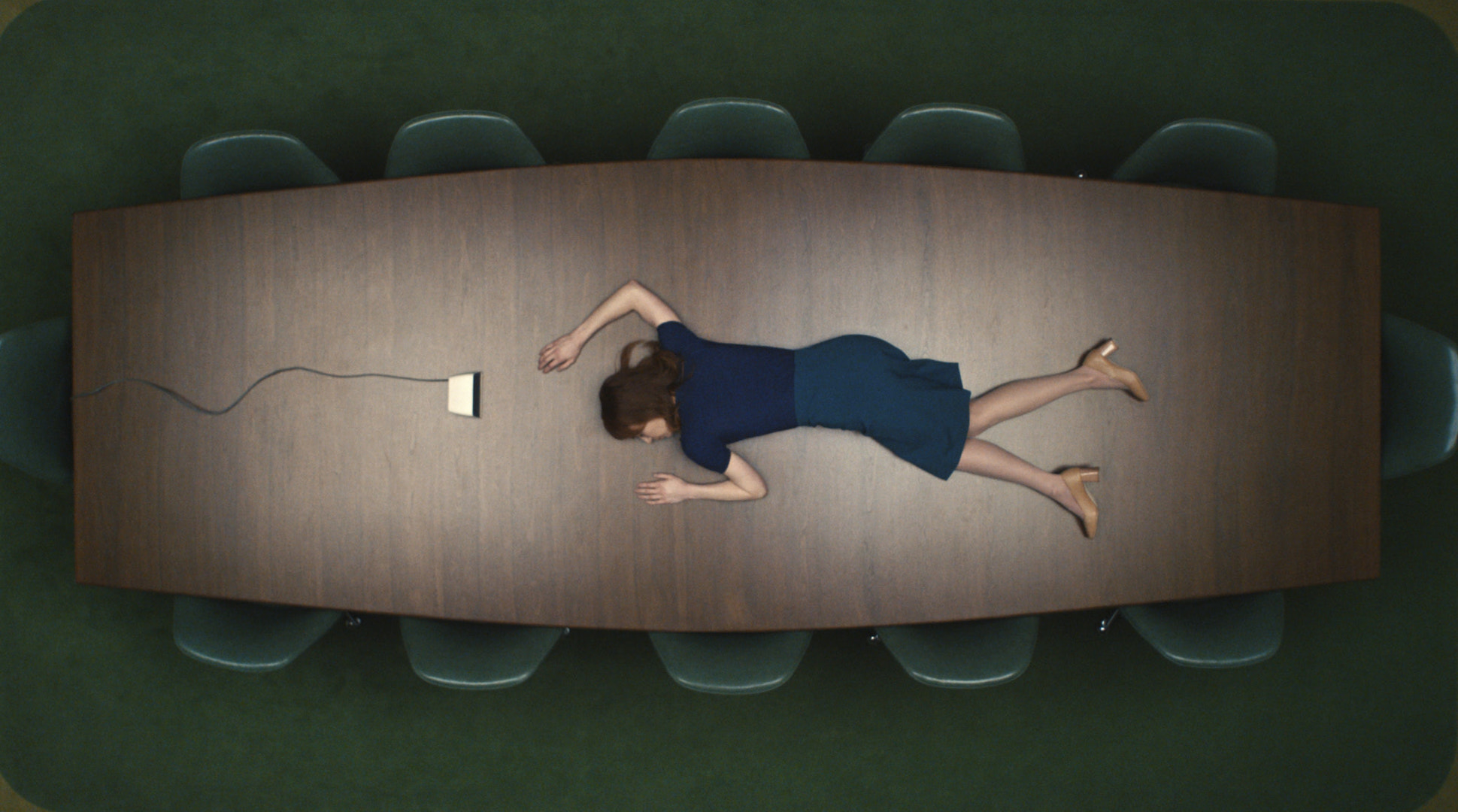 Where it can gain or lose: “Severance” has a definite advantage with its unsettling throwback minimalism. What’s more, it’s literally two shows in one, with the “innie” world of Lumon Industries versus the “outtie” world of personal life. The crafts are just offbeat enough to get noticed by voters and stick out above the competition.

Best bet: Production designer Jeremy Hindle created the maze-like office set for Lumon, keying on the colors green, blue, and gray, and seemingly endless white walls. It was inspired by John Deere headquarters in Chicago along with professional offices from the ’60s and ’70s. In keeping with the period, desks, supplies, computers, and other tech are very anachronistic. For the Lumon exterior, they used the iconic Bell Labs. The “outtie” environment was influenced by ordinary ’70s architecture and a mix of cars from different decades.

Cinematographer Jessica Lee Gagné differentiated the look with very wide lensing, cold lighting, and lots of closeups for the “innie” environment, which she describes as  “destabilizing imagery.” The most innovative example of that was the “zolly” effect of mental transition during the eerie elevator ride down to the severed floor. This visual look was in contrast to the longer lensing, warmer lighting, and more open compositions of the “outtie” environment.

Costume designer Sarah Edwards differentiated the retro-looking wardrobes by making the office dress code very simple and tight fitting, while the outside world displayed more colorful, comfortable, and eclectic clothing, yet still not tied to the present.

Other possibilities: For his original score, composer Theodore Shapiro took an appropriately minimal approach by confining himself to four chords. He also experimented with piano notes by reversing, glitching, and making them fall apart. However, the main theme, which is also a contender, has a wonderful melancholy quality that recalls David Shire’s “The Conversation.”

The main title sequence, created by Berlin artist Oliver Latta (aka Extraweg), is extraordinary, like Saul Bass on acid. The way it fixates on Mark Scout as an animated figure, struggling to move like a rat in a maze, or escape, split into multiple versions, is the perfect metaphor for the show.  As IndieWire’s Ben Travers and Steve Greene noted, “He’s running through doors to nowhere, taking giant leaps that land him right back in the same cubicle, and pulling desperately on dark threads that release him into a familiar, unnerving cycle.”

The rest of the field: Aside from “Outer Range,” here’s what “Severance” goes up against in terms of its best bets: 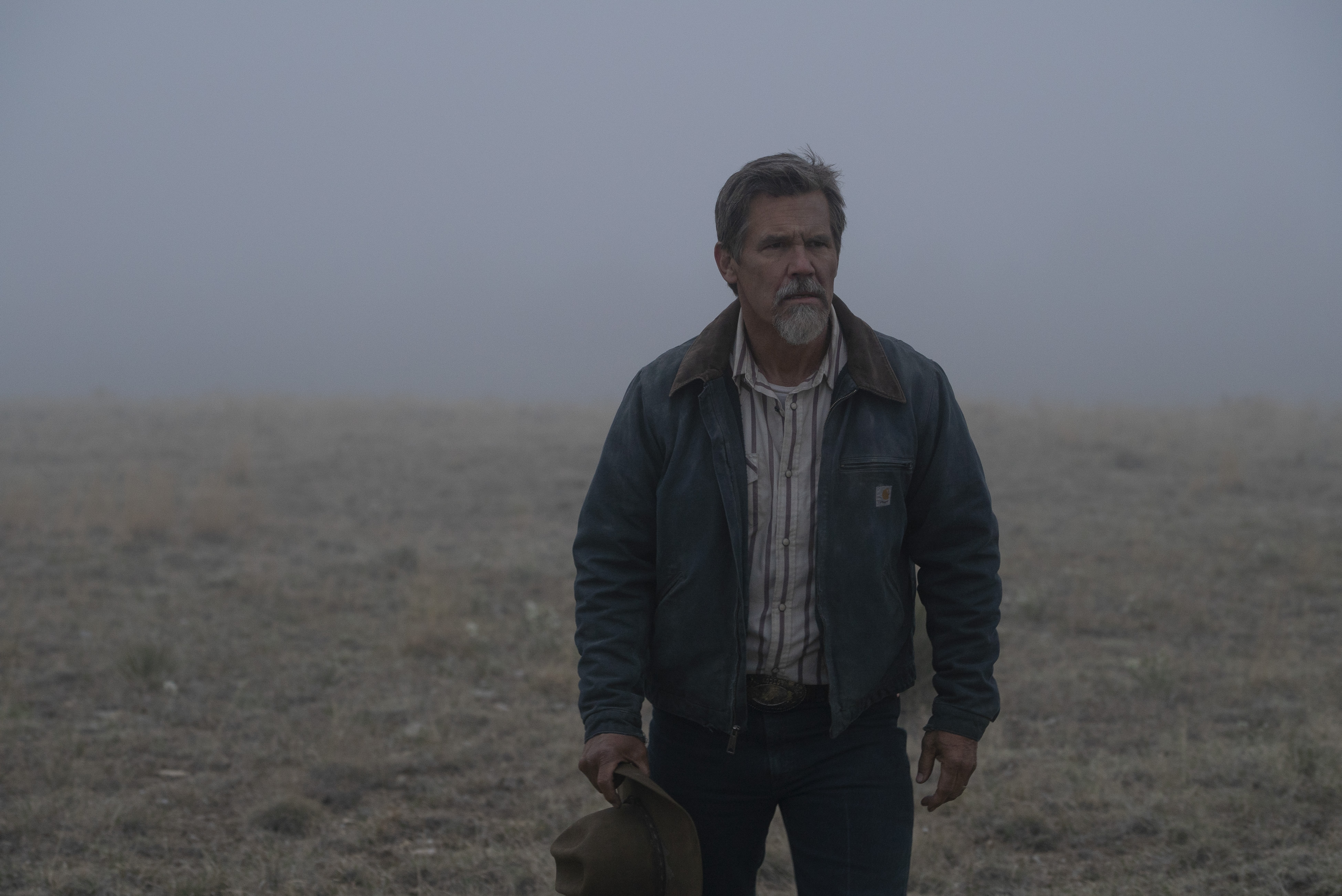 Where it can gain or lose: The challenge for showrunner Brian Watkins was finding a tricky balance between reality and the supernatural without going completely off the rails. This is hard when a stampede of a thousand buffalo pop up out of the black void into the present. Thus, Royal’s struggle to protect his family and save his ranch becomes an existential crisis of chaos and confusion.

Best bet: Production designer Tommaso Ortino effectively straddles the line of his world building between realism and heightened reality with a black void (a sink hole enhanced by VFX) in the middle of a ranch. He contrasts the personalities of Royal and eccentric rival Tillerson (Will Patton) through their different family ranches. The modest Abbott ranch house was completely built from scratch on location in New Mexico, including the barn and farmhouse. An exact replica was built on a sound stage. Tillerson’s house set is large and “Twin Peaks” strange, decorated with expensive wood and filled with lots of taxidermy and exotic artwork. He’s both materialistic and spiritual.

Costume designer Rachel Dainer researched the lives of Montana ranchers in crafting the clothes of her cast, but also made use of the fact that they shot in New Mexico doubling as Wyoming. In particular, she found a custom hat shop in Santa Fe for a variety of hats.

The versatile cinematography of Drew Daniels suffuses the Wyoming vastness with beauty and unease. But then there are the dark and moody moments, such as the scene where Royal plays poker in a saloon with the enigmatic backpacker Autumn (Imogen Poots) and a buffalo suddenly appears.

Other possibilities: VFX is another possibility, with VFX supervisor Jason Piccioni creating the otherworldly void and the mythological stampede of CG buffalo. For the void, they built a sink hole and made it look infinitely deep with the help of New York boutique studio, Break + Enter, which created a lot of CG negative space combined with otherworldly dirt particles.

The score by composers Danny Bensi and Saunder Jurriaans eschewed more familiar Western styles and instrumentation in favor of minimalism more associated with sci-fi. They experimented with four notes as a question and answer that flows throughout the show in different forms. They utilized strings, voices, and synths. The result captured an ethereal intimacy built around the supernatural black void.

This was complemented by the soundscape led by supervising sound editor Andrea Bella and sound designer Kevin Peters, which was a combination of sounds and activities linking nature with the supernatural and which co-existed with the score.

The rest of the field: Aside from the head to head competition with “Severance,” which has the advantage being critically acclaimed and awards buzzy, “Outer Range” also goes up against the same best bets in contemporary production design and costumes, and cinematography. When you get into the areas of VFX and sound, though, the competition from the sci-fi heavy-hitters becomes fierce for both “Severance” and “Outer Range.” However, the biggest obstacle for “Outer Range” is avoiding the same snubbing that “Yellowstone” has experienced in its four seasons as an underrated contemporary Western.