‘Dancing With the Stars’ Season 30 Finale Wins Monday in Ratings

Iman Shumpert’s “Dancing With the Stars” win led ABC to a win of its own on Monday. The two-hour “DWTS” Season 30 finale averaged a 0.8 rating among adults 18-49 and 5.4 million total viewers.

In the end, Giants-Bucs wasn’t much of a game at all. The defending Super Bowl Champions trounced the visitors 30-10. 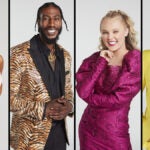 ABC was first in ratings with a 0.7 rating in the advertiser-coveted 18-49 demographic and in total viewers with an average of 5 million, according to preliminary numbers. After “DWTS,” 10 p.m. drama “The Good Doctor” got a 0.4 rating and 4.1 million total viewers.

CBS was third in ratings with a 0.4 and in total viewers with 3.1 million, airing all reruns. 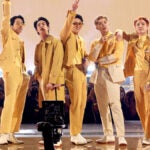 Like CBS, Fox simply stayed out of it last night, scheduling repeats.

We do not have early Nielsen numbers for Spanish-language broadcast networks Univision and Telemundo.