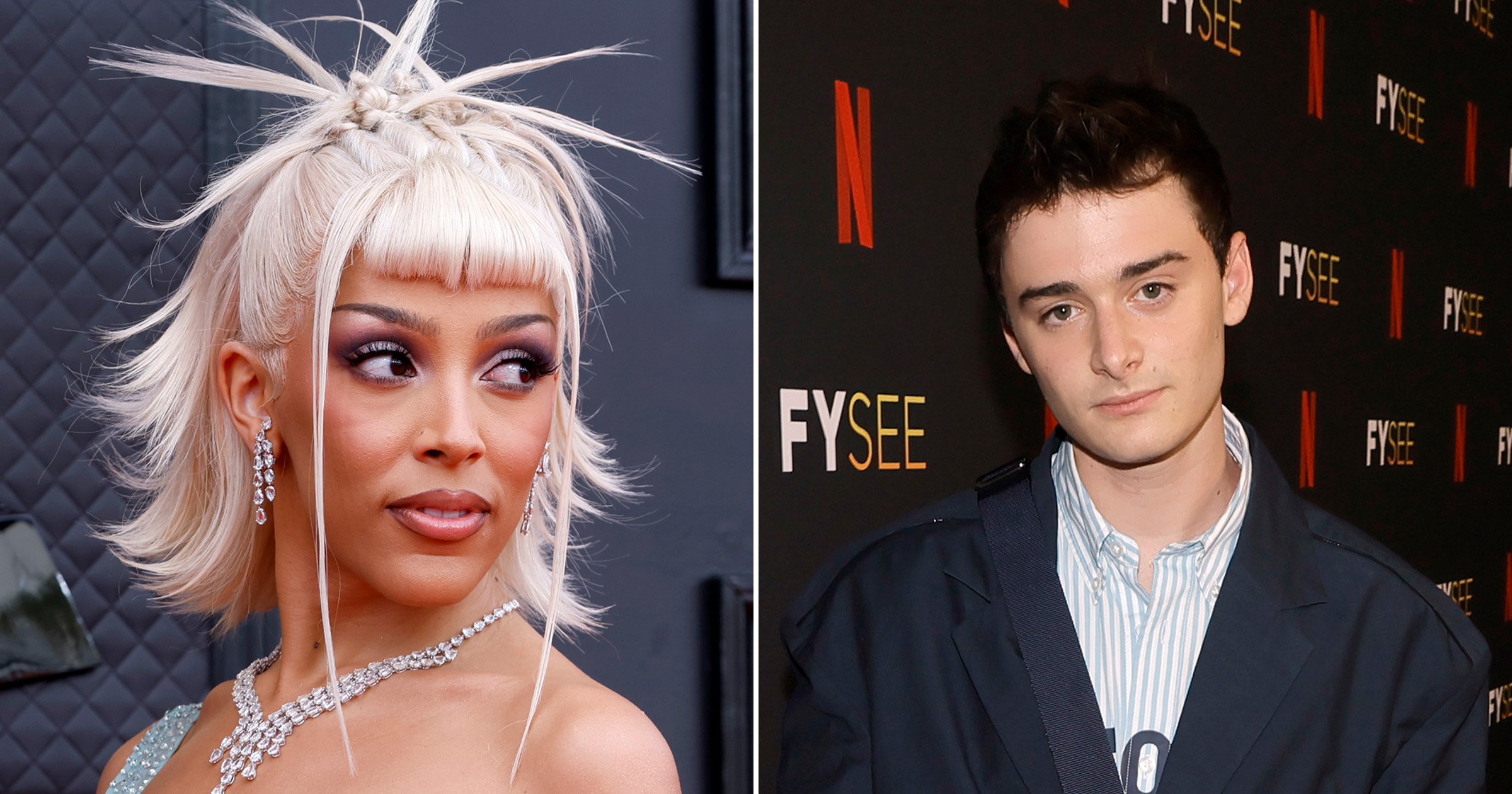 Doja Cat has hit out at Noah Schnapp after the Stranger Things actor shared DMs she had sent him about his co-star without her knowledge.

The singer, 26, had messaged Noah, 17, who plays Will Byers in the hit Netflix show, asking him to set her up with Joseph Quinn, 29, who plays Eddie Munson.

She had messaged him: ‘Noah can you tell Joseph to hit me up,’ before adding: ‘Wait no. does he have a gf [girlfriend]?’

Noah then replied: ‘LMAOO slide into his dms,’ to which Doja wrote: ‘idk [I don’t know] his IG or Twitter. Doesn’t have a DM to slide in,’ before Noah sent her his page.

The teen star later shared the interaction on his TikTok page, which angered Doja as she ‘didn’t feel comfortable’ with him sharing the messages online.

She took to her Instagram live to address the incident, telling her followers: ‘I think that, to be fair, first let’s be chill about it. Like Noah is a kid, but, I don’t even know how old he is, but he’s not even over – like there’s no way he’s over 21.’

‘You’re supposed so that you know you’re not to do that in the future. I did my share of f**k ups so that I don’t f**k up again.’

The Say So star revealed that she was hurt by what happened, adding: ‘The fact that Noah did that, like went and posted a private conversation between me and him is so unbelievably socially unaware and whack.

‘Maybe he is, like a whole snake. But I didn’t see him that way. I made an assumption that he was gonna be chill about it and he went and shared information that I didn’t feel comfortable with him sharing.’

Noah has yet to respond to Doja’s latest comments publicly.