FANS have shared their fears that Jinger Duggar has broken her family's strict rules and gotten plastic surgery.

The Counting On alum has defied many of her parent's harsh rulings and decided to live a more modern Christian lifestyle. 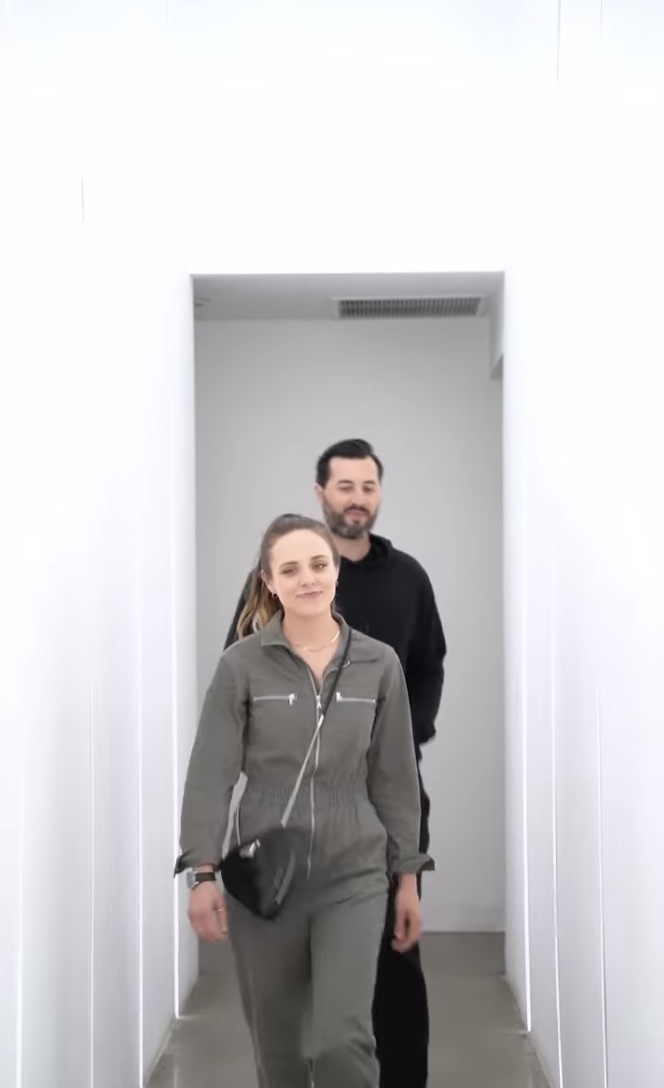 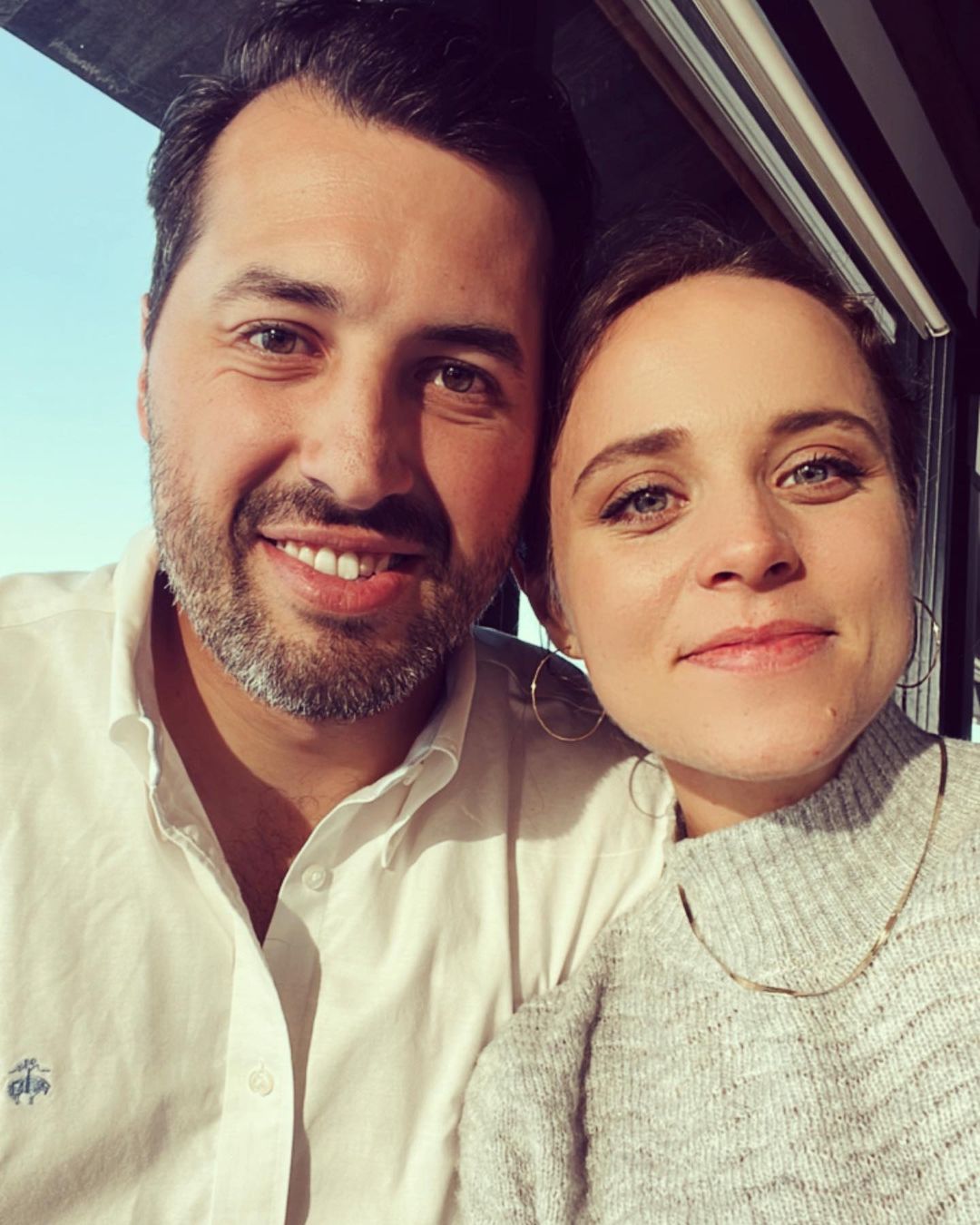 But fans have shared concerns that Jinger, 28, has taken it a bit too far after she shared a post about visiting a "surgeon."

The reality star took to her Instagram profile on Monday night to post a video as she and her husband Jeremy, 34, visited a Nike workshop.

The TV personality headed to the design room where she created her very own sneakers, while her man played soccer with other professionals.

Jinger could be seen hammering, nailing, sewing, and lacing up her brand new shoes as she created a custom product. 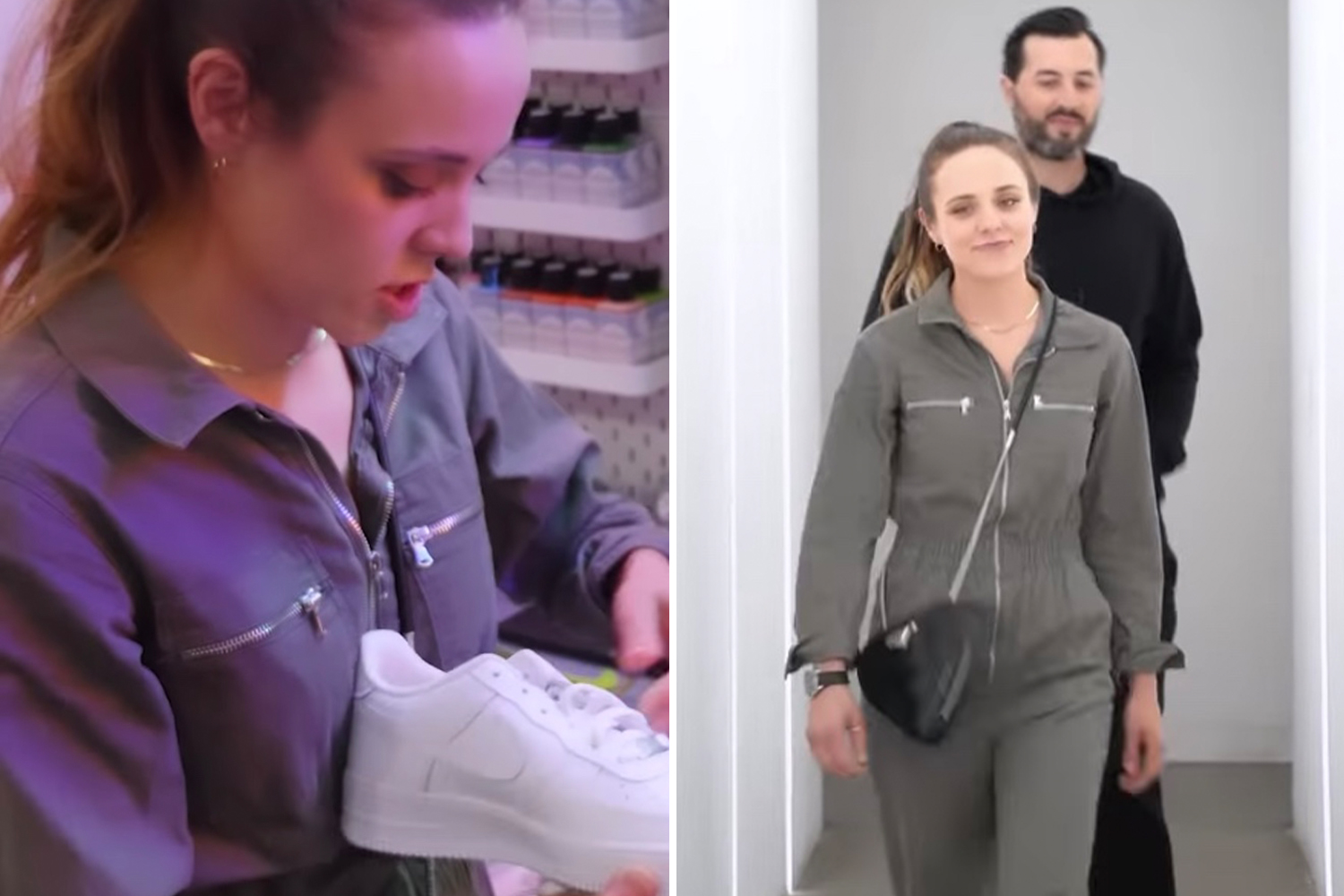 Meanwhile, her ex-soccer-pro beau showed off his skills as he kicked a ball right into the goal.

The mother of two captioned her post: "New vlog on YouTube tomorrow! I went to the Surgeon. Check the link in my bio tomorrow to watch."

But fans were shocked by the message, as several shared concerns that Jinger was going under the knife.

"I thought plastic surgeon. I was like no Jinger," one wrote.

Most read in The US SuN

"Surgeon?? For???" a second asked, while a third remarked: "Nice play on words..the surgeon hope it’s just a play on words anyway!"

"Surgeon for what," a fourth wondered.

Growing up, the young mom and her siblings were required to wear long skirts and were not allowed to cut their hair, watch TV or look on the internet.

But she and her husband have adopted more modern values in their religion.

Some fans claim that Jinger and Jeremy have "sold out" as they live the life of celebrities in Los Angeles, California, miles away from their family in Arkansas.

In the latest edition of her YouTube vlog, Jinger and Jeremy showed off their custom-designed Nike sneakers, previewed on her Instagram.

The two visited The Surgeon, a custom shoemaker based in Los Angeles.

In a preview clip shared with her Instagram followers, Jinger and her husband could be seen putting the finishing touches to their own bespoke pairs.

She showed off the Nike logo as she added her choice of laces before the pair walked runway-style to show off their new kicks.

However, one unhappy fan commented to ask: “Why are you getting wrapped up in material items?”

A third slammed the couple as “So Hollywood now”.

Jinger and Jeremy moved to Los Angeles in 2019 so he could pursue his studies at a school of theology.

She has continued to rebel against her conservative dad’s strict beliefs with her modern choice of clothing and material purchases.

Kim and Pete ‘will have a baby via surrogate,’ family lawyer claims

Earlier this year, the couple was accused of flaunting their wealth as they showed off their new Lexus SUV, worth $60,000.

She and the former pro soccer player share Felicity, three, and Evangeline, one. 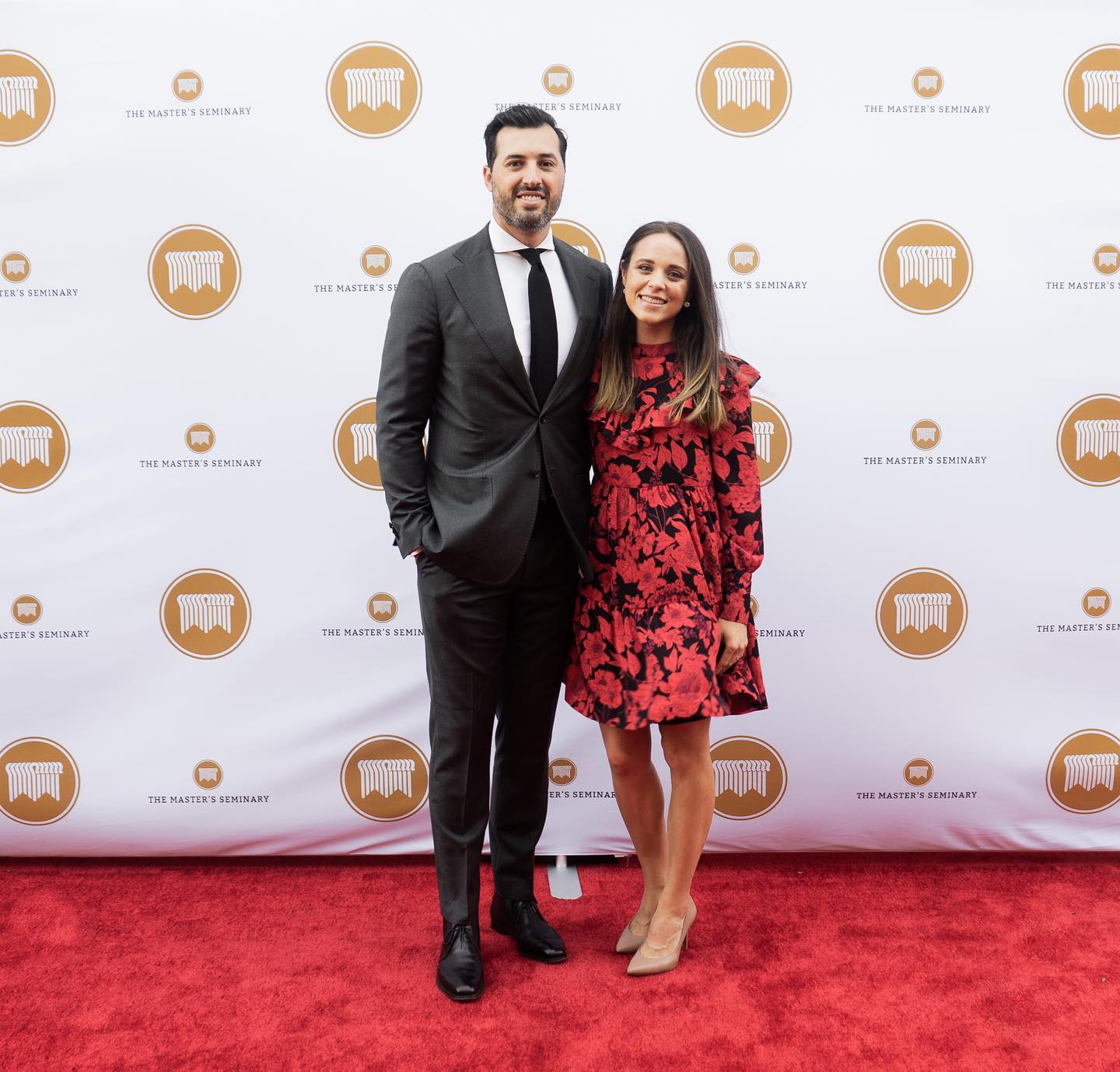 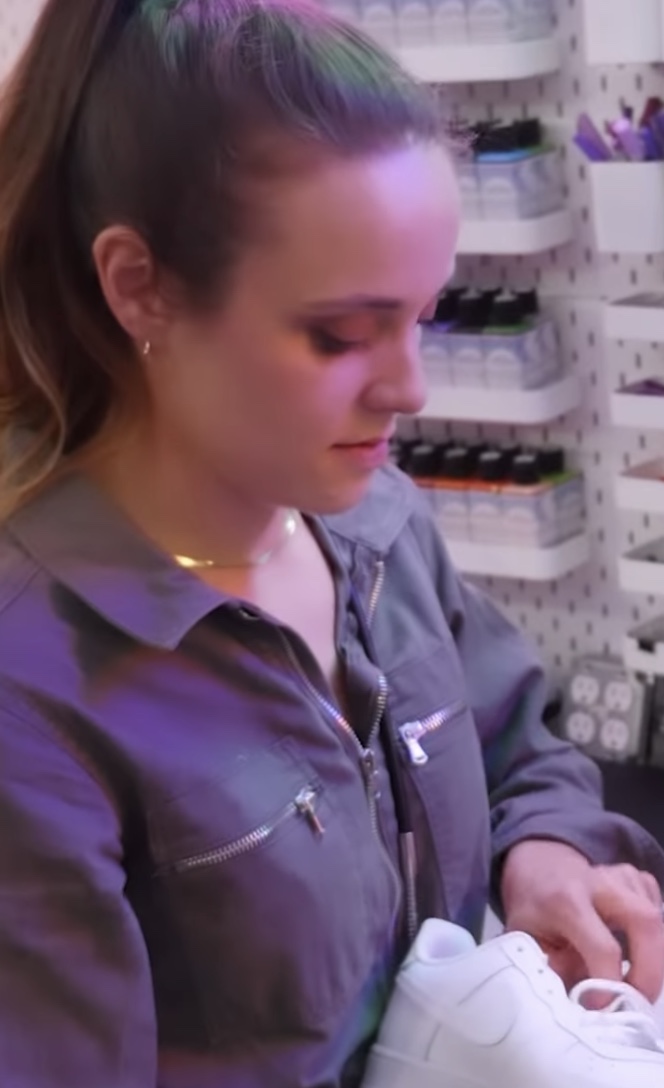 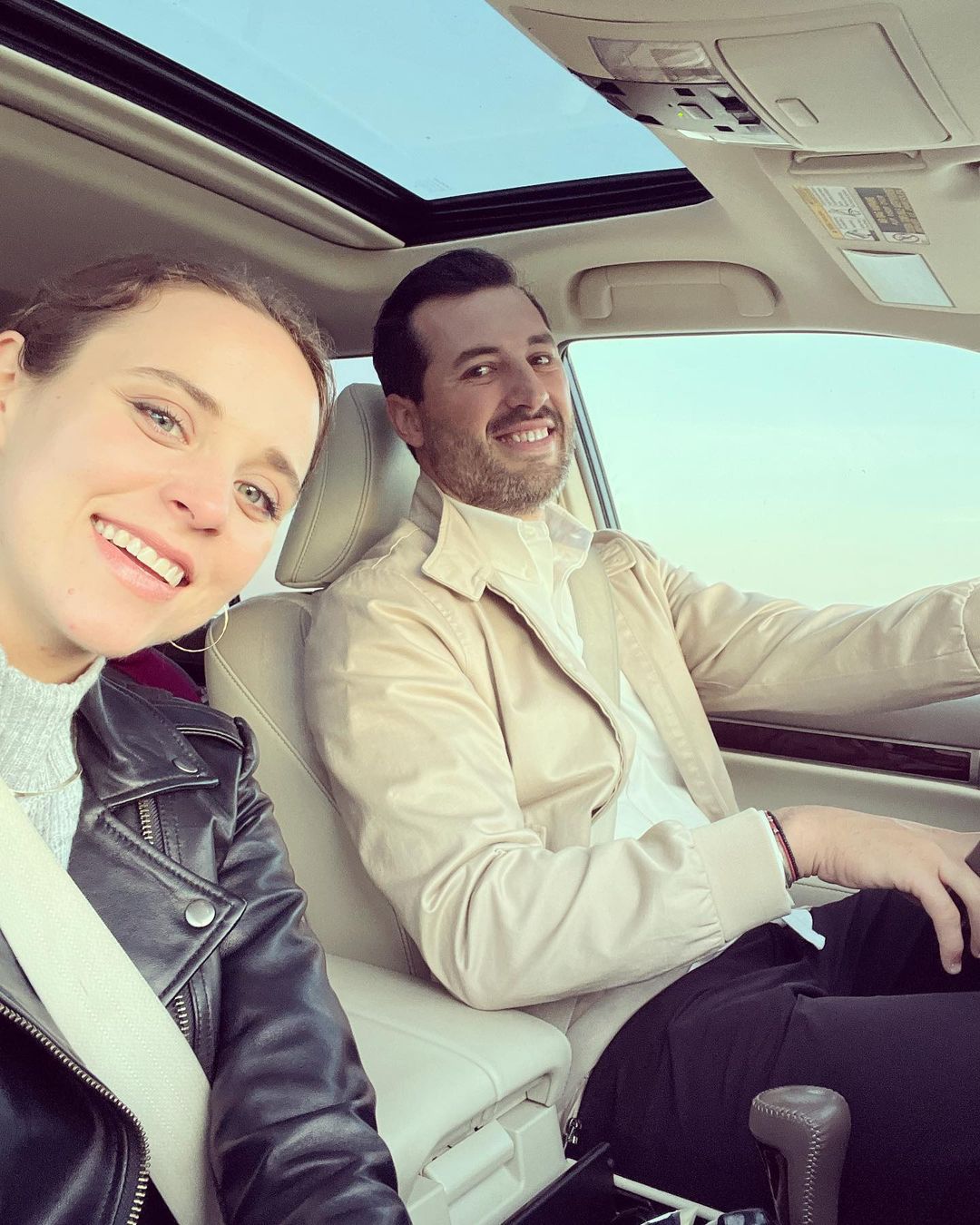