EMMERDALE has been rocked by a race probe involving two of the ITV soap’s leading stars.

It is claimed a mixed-race actress was upset by a comment on set before her accent was mimicked. 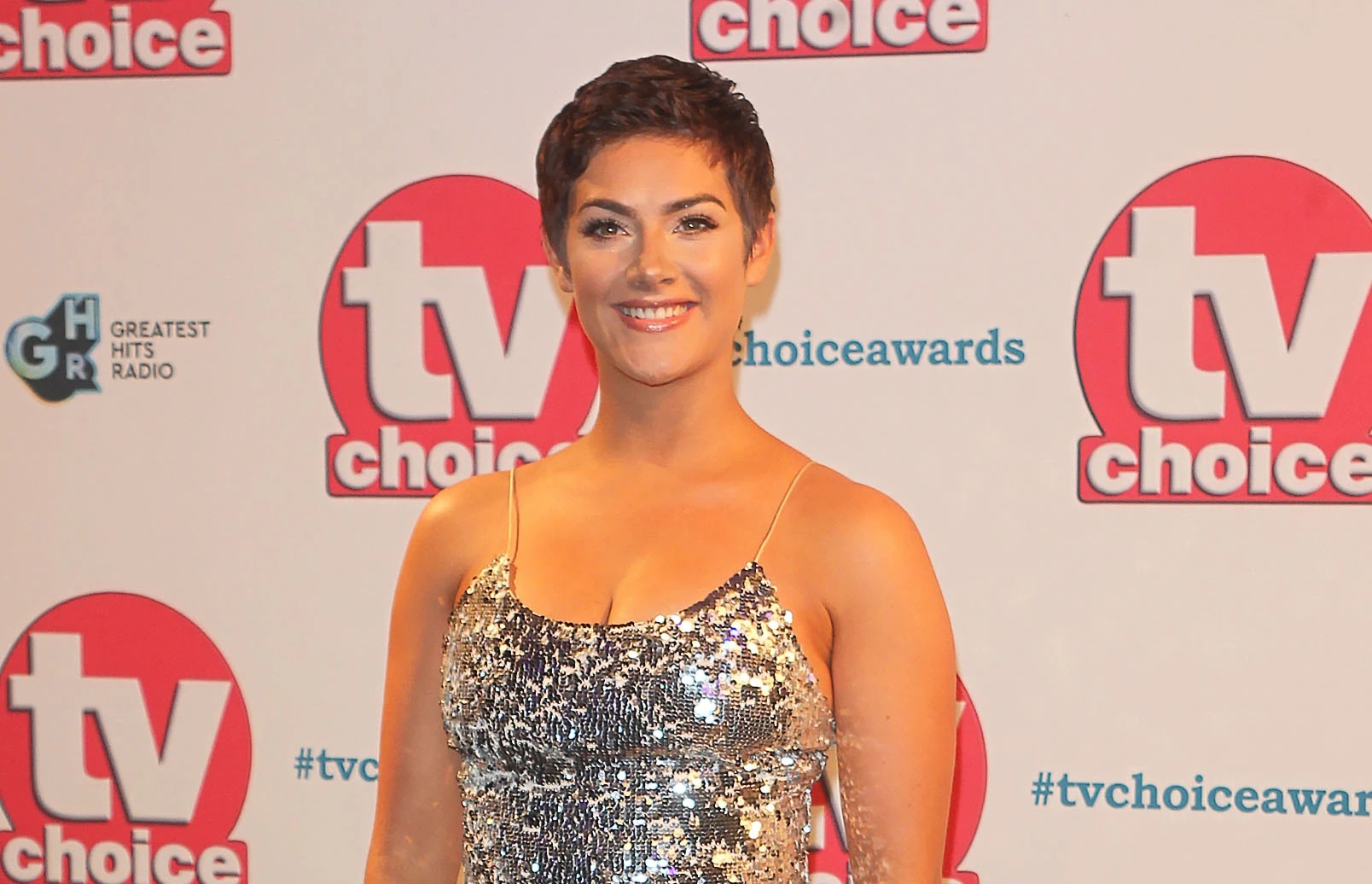 Matthew Wolfenden and Isabel Hodgins have since been absent from filming.

They deny any wrongdoing.

Matthew Wolfenden, known to millions of viewers as David Metcalfe, has been absent from filming following a complaint an inappropriate comment was made to a female mixed-race cast member.

He and co-star Isabel Hodgins, who plays Victoria Sugden in the show, are also facing claims that the actress’s accent was mimicked.

Matthew, 41, and Isabel, 27, both categorically deny all the allegations and are said to believe that there had been a misunderstanding.

Following the incident Matthew is also alleged to have rowed with co-star Aaron Anthony.

'Emotions have been running high'

Although Matthew and Isabel have not been formally suspended by ITV bosses, neither has filmed scenes for the popular Dales soap since September while enquiries continue.

A source said last night: “It is common knowledge on set that Matthew and Isabel are not filming at the moment following a complaint.

“This all came about after a conversation between them and another actress — during which the alleged remark was made.

“An accusation was also made that the actress’s accent had been mimicked.”

The source continued: “We have been told that Aaron brought this up with Matthew subsequently and that there was a tense conversation between them. Matthew and Isabel stopped filming afterwards.

“Emotions have been running high on set ever since but no one knows what to believe.

“The female cast member who was involved is filming as normal, but she wishes that she wasn’t entangled in it.”

The Sun on Sunday exclusively revealed two weeks ago that there had been a clash involving Matthew, Isabel and Aaron, who plays personal trainer Ellis Chapman.

The female cast member who was involved is filming as normal, but she wishes that she wasn’t entangled in it.

But further details have now emerged. A number of the cast and crew had travelled to Tees Barrage, Stockton, to film dramatic scenes in which characters suffered a series of disasters on an adventure holiday.

Matthew and Isabel were at the centre of the action, as their characters were seen plunging from a snapped rope bridge into fast-flowing rapids.

The daring stunt was to help mark ITV’s Super Soap Week in October. However the pair’s subsequent absence from filming has led to scripts being hastily rewritten — leading to confusion for viewers.

The source continued: “This issue is far from resolved, and while the claims are looked into, it is not clear when Matthew and Isabel will be back on set.

“But they are two of Emmerdale’s biggest stars, so their sudden absence has caused production issues. In the aftermath of Super Soap Week — which saw Victoria survive love rival Meena’s attempt to kill her — bosses had planned to keep that storyline prominent.

“But instead they had to change upcoming scripts involving David and Victoria, and write both characters out for an unspecified period of time. The scriptwriters are professionals, and are used to unforeseen changes. But this has presented a real challenge.”

Matthew and Isabel last appeared on the soap, which is filmed six weeks in advance, on October 28.

But viewers were left mystified over their subsequent absence and did not get an explanation on screen until November 18. They were informed that their characters had gone on an unexpected holiday to visit Victoria’s relative Diane Sugden in Portugal.

'Educate and develop ourselves'

But it left fans puzzled as Diane’s screen exit was aired on October 29 — one day after the couple’s last show appearance.

Further speculation about Matthew’s return to the soap followed as fans noted in October that the actor had swapped his long hair for a platinum-blond buzz cut.

Cast members are advised to avoid any drastic changes to their image while filming.

The allegations come after ITV’s launch in July last year of a Diversity Acceleration Plan, committing to “accelerate change” within the company and “better represent Britain both on and off screen”.

Bosses vowed to “educate and develop ourselves” so everyone understands racism and their role in creating an inclusive culture. A month later, Ade Rawcliffe was appointed Group Director of Diversity and Inclusion.

Her appointment made ITV the first of Britain’s 100 biggest companies to have a dedicated diversity director on its executive board.

West Yorkshire-born Matthew is an Emmerdale stalwart, appearing on the soap since 2006 — and has previously been at the centre of a real-life drama.

In 2007, he began dating co-star Charley Webb, 32, who plays Debbie Dingle, and the pair soon became the show’s golden couple.

She is the sister of Hollyoaks’ Jamie Lomas, who married former Corrie star Kym Marsh in 2012. The pair split two years later.

Meanwhile, Matthew and Charley announced their engagement in 2009 and welcomed first child Buster in 2010.

Emmerdale has robust policies in place to deal with any allegations brought to our attention and take the appropriate steps.

But they split in 2013 after Klaire Holloway, then 25, told the Sun on Sunday that she had a secret one-night stand with him. However Matthew and Charley got back together again two years later, with the actor explaining: “It was never a permanent split. We just needed some time apart.”

At the time of The Sun on Sunday’s initial story on the bust-up a fortnight ago, an Emmerdale spokeswoman insisted that neither Matthew or Isabel had been formally suspended.

She added: “While we would never comment on individual cases, Emmerdale has robust policies in place to deal with any allegations brought to our attention and take the appropriate steps.”

Last night a spokeswoman for the soap declined to comment further but referred back to her former statement.

She insisted: “Our position has not changed.” 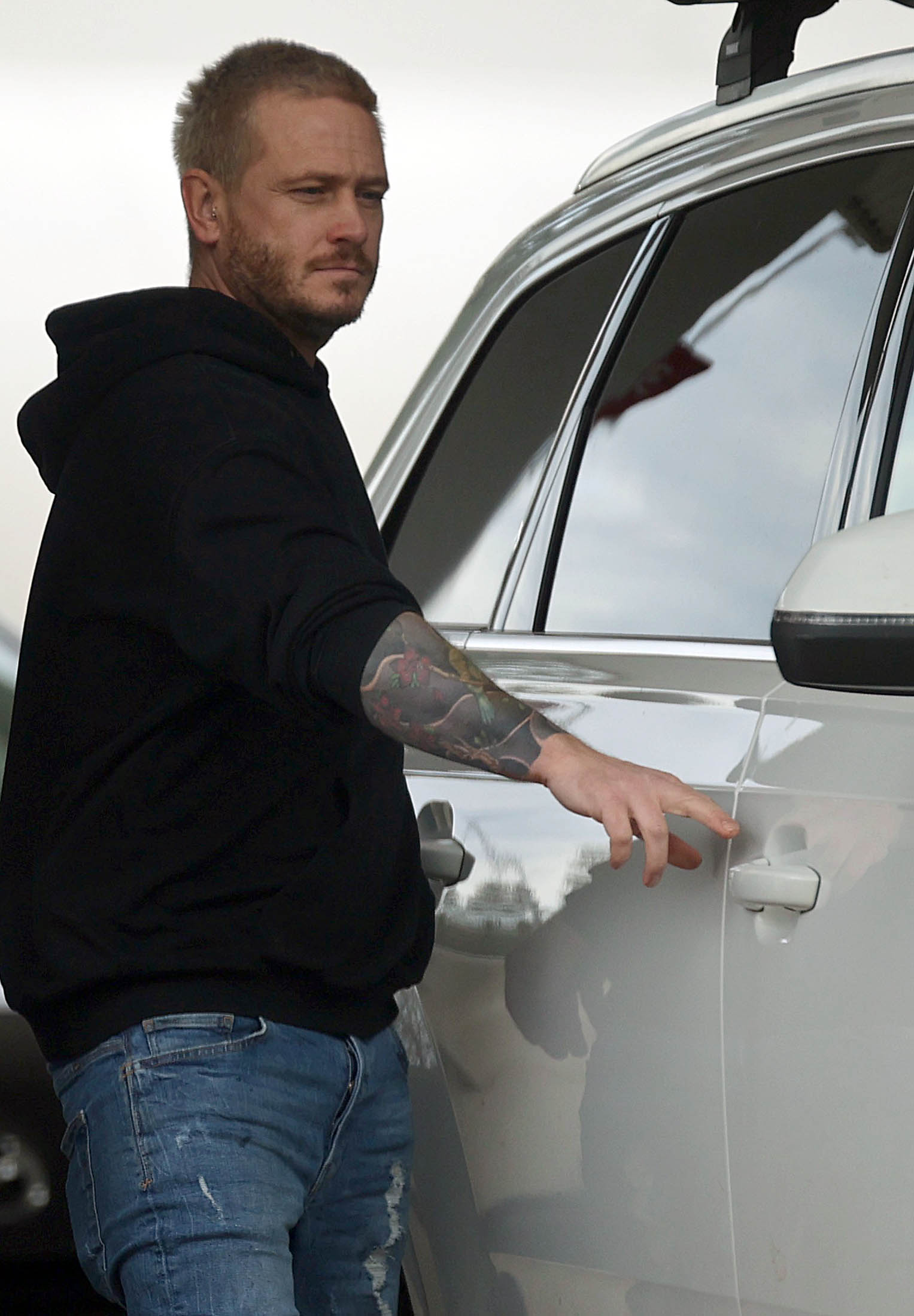 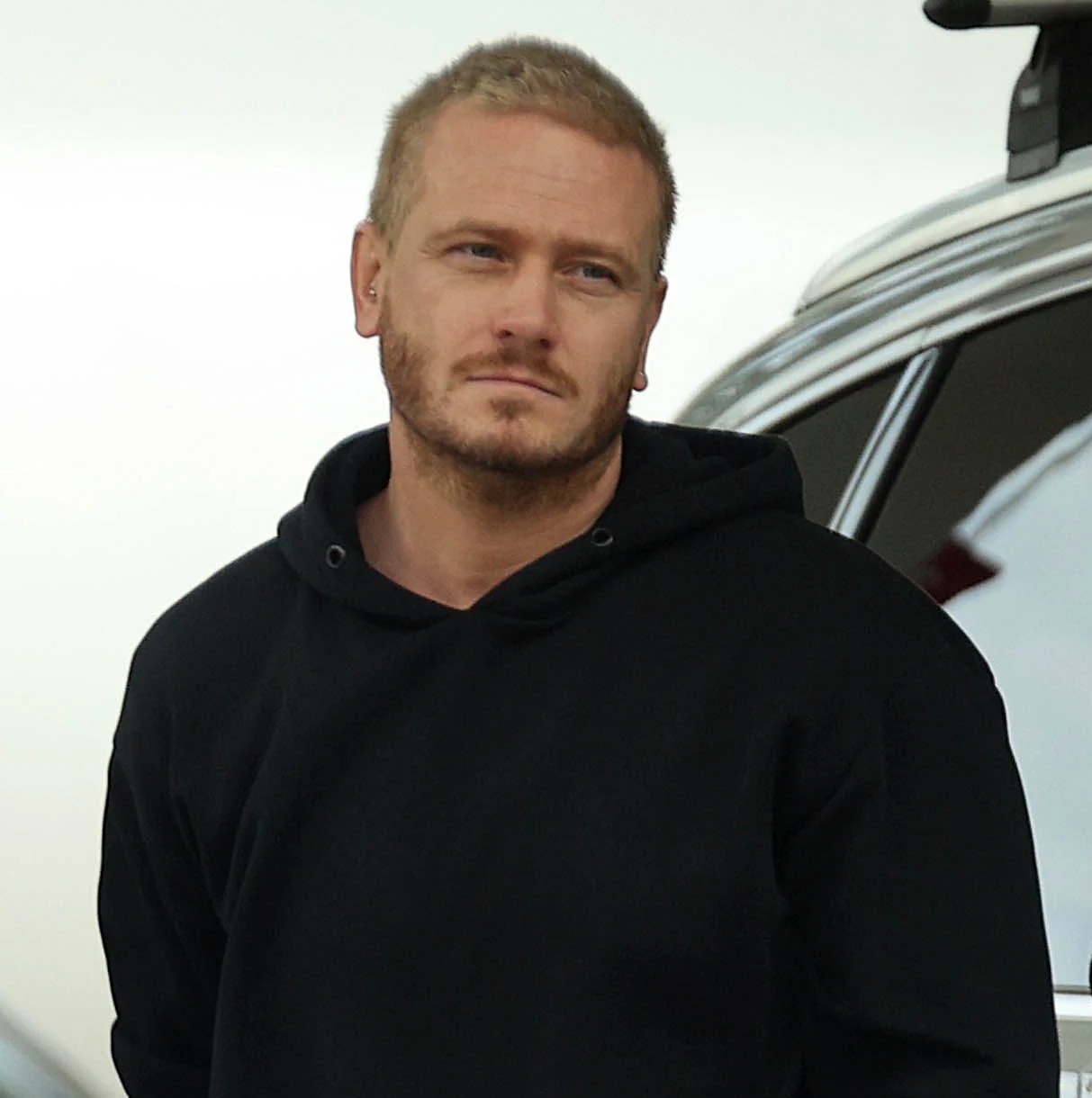 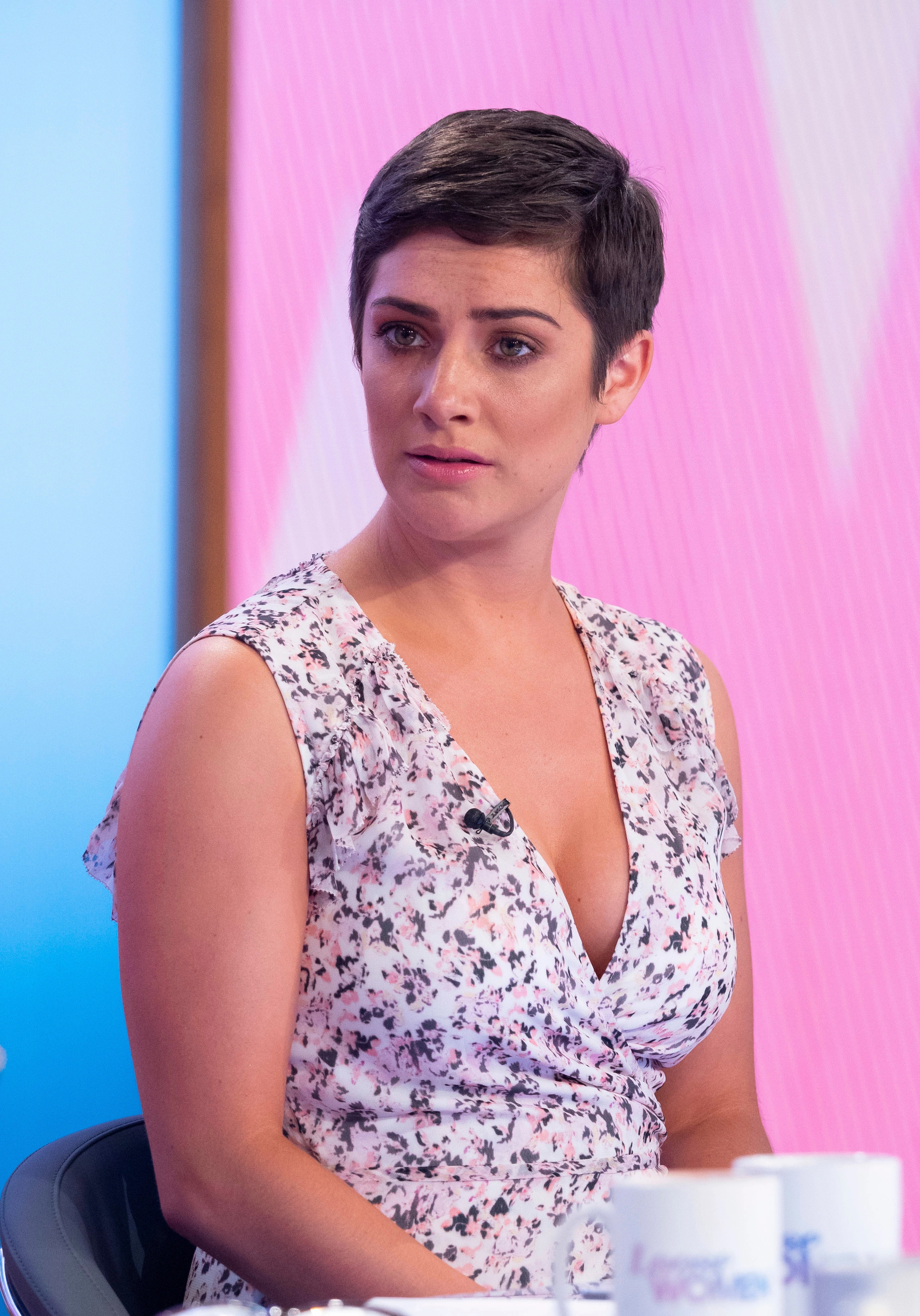