Emmerdale fans were left scratching their heads this evening after Mackenzie Boyd’s (played by Lawrence Robb) latest escapades were exposed. The Scotsman confronted Eric Pollard (Chris Chittell) earlier this week about the brooch he had stolen from his house, only to leave him gasping for air and clutching his chest as the elderly man suffers and angina attack. Tonight, Mackenzie partially confessed to Aaron Dingle (Danny Miller) what happened to Eric and those watching at home were left wondering what the point of the character was, when every week there was just another incident Mackenzie was caught up in. Some suggested he was Ross Barton’s (Michael Parr) replacement.

“I need a massive drink…” Mackenzie remarked walking up to the bar in The Woolpack. “I was trying to help.”

“Has this got anything to do with Eric Pollard?” Aaron asked and he replied: “Let’s just say he might not be our problem any longer – I went up there to chat, sort it out and he keeled over. I didn’t leave him up there, did I? I called him an ambulance, he’s in the hospital.”

“What have you done?” Aaron probed and in the next scene added: “Liv’s still missing, do you seriously think I need this right now?”

“I didn’t know he had a dodgy ticker, I just wanted to go and explain,” Mackenzie lied and Aaron replied: “Explain what? How you’d gone to steal off him?”

“Aaron mate, you should be giving me a bit more gratitude here, I’ve got you off the hook,” the dodgy newcomer commented. 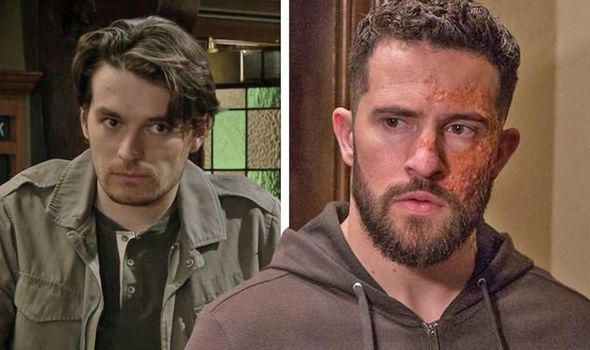 “Once Eric comes round, he’s going to make sure we’ll both get sent down – excellent work,” Aaron said but Mackenzie hit back: “If he comes round. Without him as a witness, the case would be dropped.”

“I never thought I would find myself saying this, but you better start praying,” the scrapyard dealer remarked.

At this point, Moira Barton (Natalie J Robb) placed her meat order on the counter and asked: “For what?”

“Go on then, tell her. He was the one who nicked the brooch, I was just the one caught putting it back. He’s not stopped laughing since,” Aaron revealed.

Turning to her younger brother, she questioned: “You are joking. Mackenzie?” 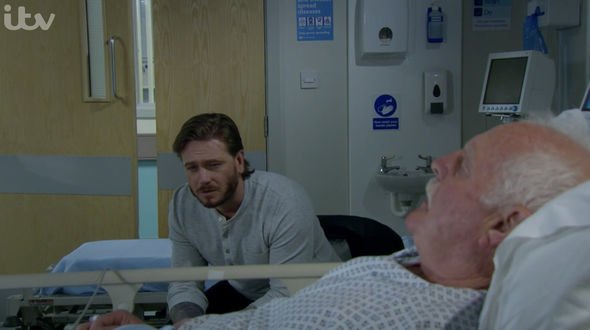 “I want to make it right and go and tell the truth,” he argued. “Now he’s in hospital, he just collapsed.”

The farmer added: “This just gets better! As well as breaking and entering, and theft, the police will add intimidation to the charge! And how’s that new leaf turning out for you?”

One said: “#emmerdale who ever is producing this rubbish with Mackenzie needs to go. How is someone like him entertainment for the viewers? his character is going no where time to kill him off that’s what the viewers want.” 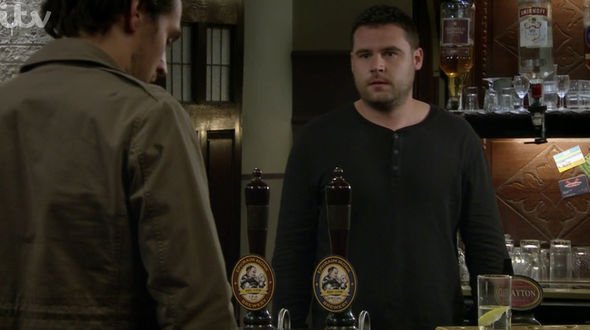 A third tweeted: “Can anyone tell me the point of mackenzie? #emmerdale.”

“What is Mackenzie on? Why is he actually in Emmerdale? All he has cause from day one is chaos, and from what am gathering no one can stand him, except Moira, and she’s losing her patience. #emmerdale,” another wrote.

With fans unhappy with Mackenzie’s offering to the soap, will Ross make a return?

He was last seen in 2018, leaving the village with Rebecca White and her son Seb. 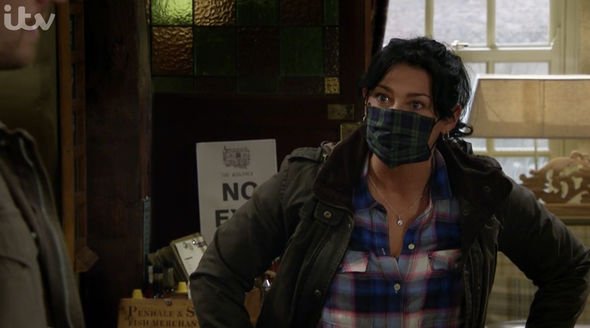 Together they moved to Liverpool and haven’t been seen since, with Seb only being mentioned in relation to his father, Robert Sudden (Ryan Hawley) until he too, left.

But with his brother, Pete Barton (Anthony Quinlan) having also left last year will he make a comeback?