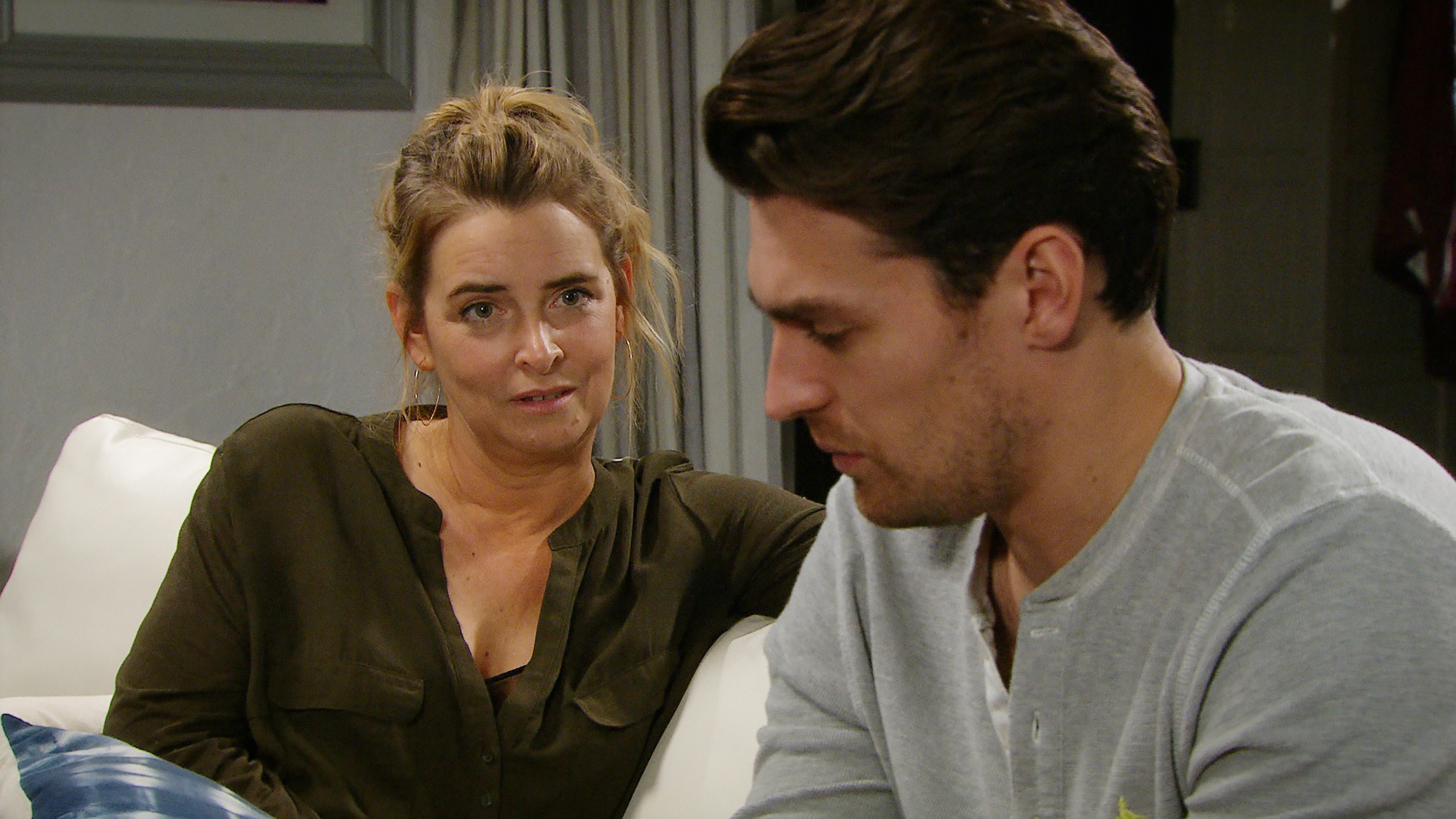 In the aftermath of Charity (Emma Atkins) losing her baby on Emmerdale, she’s set to have another shock to cope with as Mackenzie (Lawrence Robb) cheats on her.

Emma Atkins explained to Metro.co.uk how Charity would react if she found this out. ‘She’s no fool, she’s cheated on people in the past before, so it’s her territory,’ she says. ‘But it might be more shocking because it was all about how they had this happy accident and it went wrong. It kind of knitted them together in some ways. So I think for her to find that out would probably be quite shocking.’

Mackenzie and Charity react in completely different ways to the loss of their baby, with Charity shutting down and trying to carry on with life as usual, while Mackenzie wants to talk – and specifically wants to talk about trying to have another baby.

Charity’s reaction to Mackenzie’s suggestion of another baby is to lash out. ‘She throws something quite mean in his face – she says “Go and plant your seed elsewhere because I’m sure there’s someone out there desperate for it,”’ Emma told us. ‘It’s a really profound, mean-spirited comment and it lands quite heavy on Mackenzie and he walks off. I think the audience will probably think “Why did she say that?” It was so hurtful.

‘In some ways you could forgive Mackenzie for having that blip because Charity throws this horrendous, attacking thing at him and leaves him reeling. It takes two to tango, doesn’t it?’

As to whether Mack’s infidelity spells the end of his relationship with Charity if and when it gets found out, Emma isn’t saying. But she will confirm that she would welcome the couple staying together.

‘I think Mackenzie and Charity would be great going the distance,’ she says. ‘They’re both aware of how fallible they are and how it’s in them to have that mischief quality.’