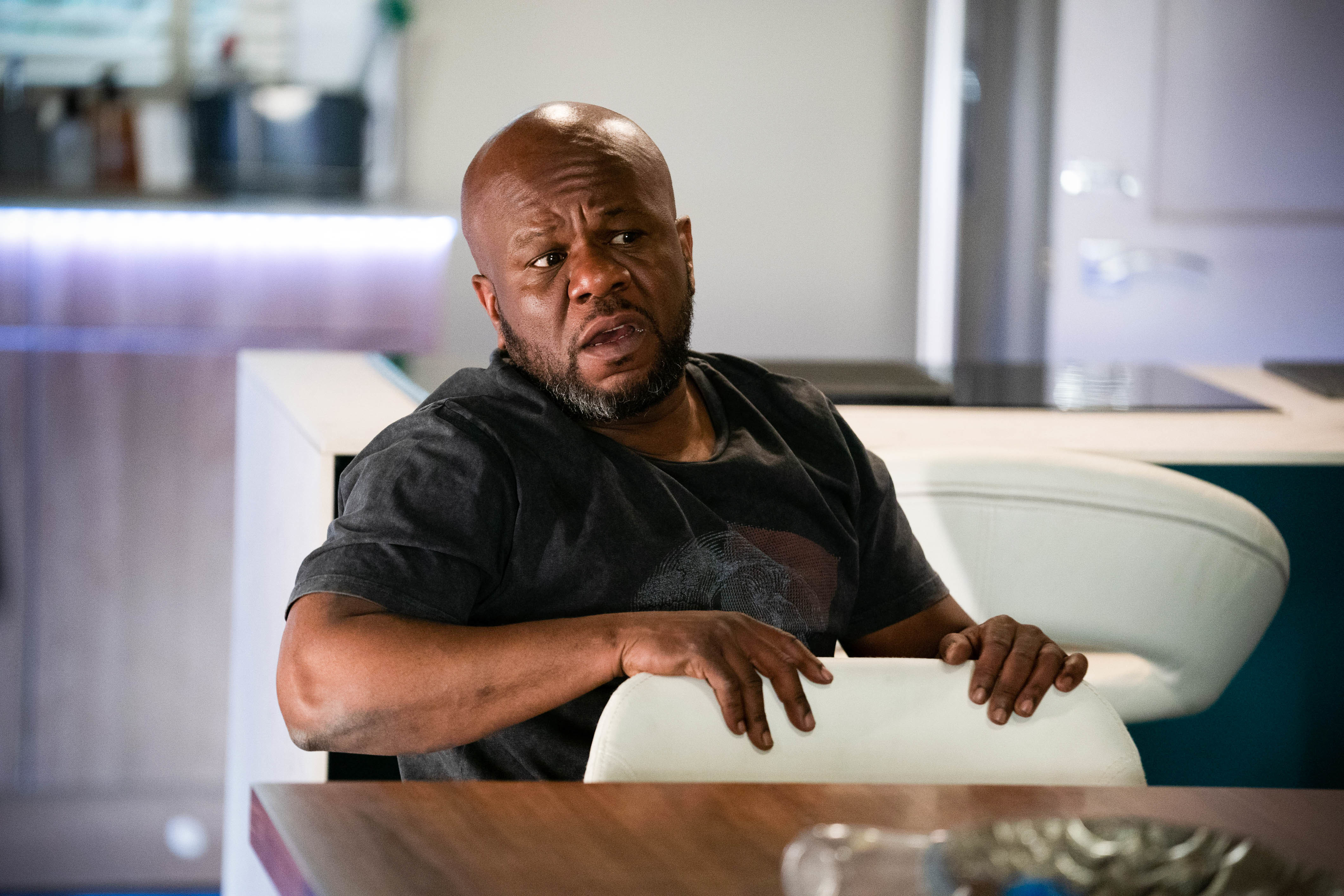 EastEnders star Delroy Atkinson has teased the possibility of Howie Danes’ dark side being explored on the show.

Howie, as viewers know, rocked up in Kim Fox’s (Tameka Empson) world last year, and he subsequently stole her heart – that is, after she almost broke his foot.

The newcomer has won over fans with his loveable personality and his charm, but actor Delroy was quick to remind audiences of the character’s darker side.

‘Is he a nice guy or not?,’ asked the star in an interview with Inside Soap. ‘When he came in, he was a fraudster who had Vincent’s ID, so it’ll be interesting to see if they take a look at his dark side at some point.’

Howie, as fans may recall, also harboured a big secret from Kim for months, a secret which first became apparent after he took a mysterious phone call, one in which he told the caller that he ‘loved’ them.

Despite some viewers believing that Howie was having an affair, it was later revealed that the character had a son named Denzel (Jaden Ladega), who subsequently came to stay with Kim.

Denzel has been at the centre of a lot of drama already in such a short space of time, and it’s safe to say that this is only just the beginning for not only his journey, but the journey of parenthood for dad Howie.

‘He’s going to find out a lot about parenthood,’ exclaimed Delroy. ‘We’ll see how he deals with his son Denzel being there and get a real idea about who Howie really is.’

Delroy Atkinson is nominated for the Best Newcomer Award at the Inside Soap Awards.

You can vote in the Inside Soap Awards by following this link. The latest issue of Inside Soap is available to buy in store and online.