GOOD Morning Britain viewers have branded the show the "weirdest one ever" after Kerry Katona ranted in a debate about going to the loo in the sea.

The former Atomic Kitten star passionately believed people should not use the sea as a toilet when swimming in it. 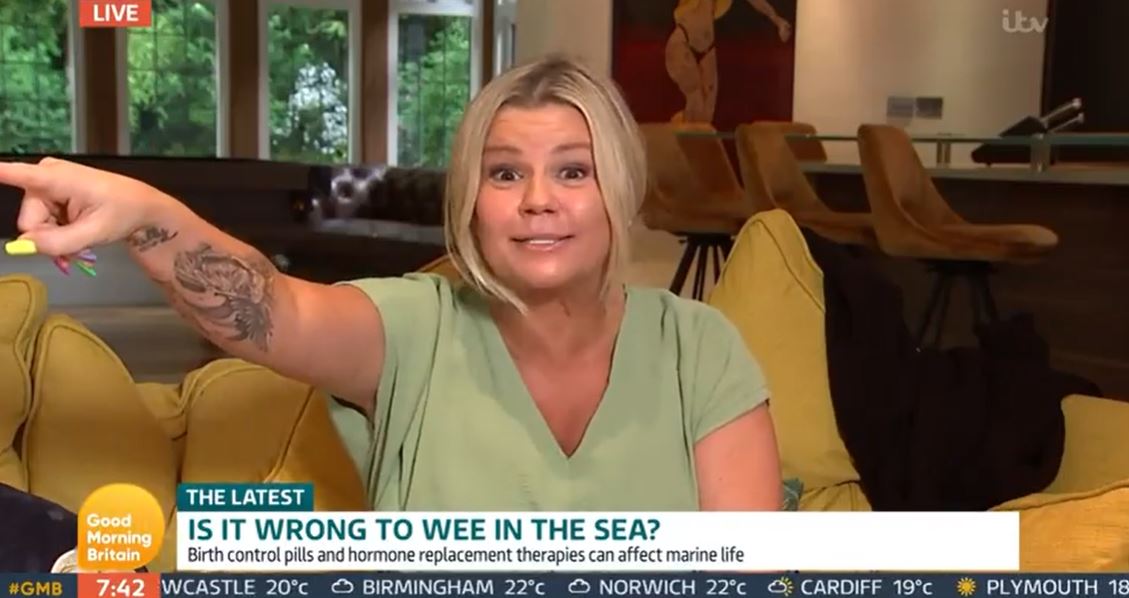 On the other side of the debate was pop culture expert Nick Ede, who said the sea was so large wee would be diluted – but just don't do it around coral reefs.

This is because urine can further damage coral reefs.

However, Kerry completely disagreed, saying: "You're completely contradicting yourself.

Then later on Nick said they'll have to cancel their holiday together, Kerry added: "Nick, you can put suntan lotion on me and I can put pee all over you."

Viewers found the debate extremely weird, with one person saying: "Breakfast TV is weird this morning. GCSE Results on #BBCBreakfast to peeing in the sea on"

A third remarked: "And now we throw it over to pollution expert Kerry Katona(?!) What even is"

Kerry told Kate Garraway and Ranvir Singh: "What I'm more concerned about… say my little girl is in the sea swimming, and someone is next to her and starts peeing.

"Don't get me wrong, I did it as a kid, but as an adult it's something I frown upon."

However, Nick had a different point of view, adding: "I don't think it's lazy, I don't think it's dirty, I think it's something you do because you're caught in the situation. Or, if you're really, really cold, it warms you up for a few seconds.

"The thing is, it is completely harmless, and the sea is full of pee from other fish and organism. There are worst things that I said before – like suntan lotion."

Kerry then asked why you would add to the pollution, to which Nick replied: "I'm not adding to it, because it's completely neutral I'm not adding anything to it.

"I would never go and pee near children and one of the most important things from an environmental point of view, is not to do it by coral because it does erode it." 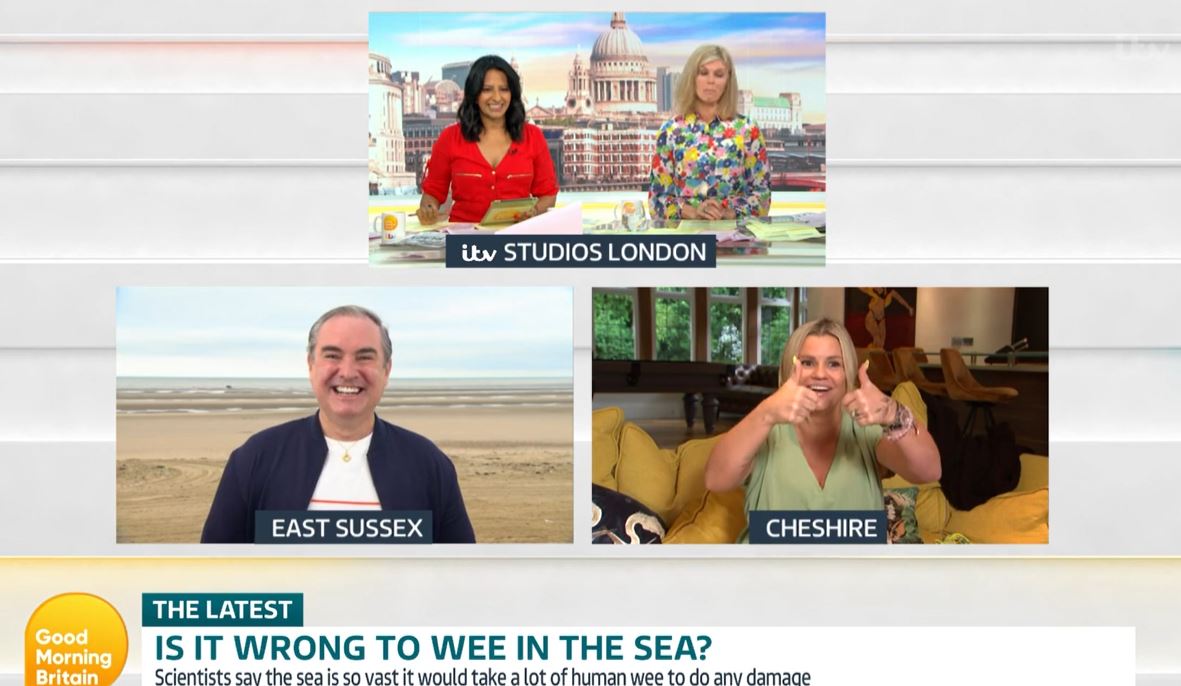