Apparently it really was all hands on deck during Avengers: Endgame‘s epic Battle of Earth — with at least one agent of S.H.I.E.L.D. included.


The June 8 premiere of Disney+’s Ms. Marvel series saw Kamala Khan (played by Iman Vellani) and her best bud Bruno (Matt Lintz) sneaking off at an AvengerCon fan event held at Camp Lehigh (aka where Captain America was “born”).

The scenes set at AvengerCon featured a Marvel-ous amount of Easter eggs, as Kamala and Bruno took in the cosplay- and merch-filled spectacle. But one fleeting (to be generous) image, it has since been revealed, in fact connects S.H.I.E.L.D. to the Battle of Earth.

At the 34:15 mark in the episode, as Kamala discovers that her frenemy Zoe Zimmer is also in attendance at AvengerCon — and in a Captain Marvel costume of her own, no less! — one can sorta spy in the background a poster for a book titled I Was There…. (See screenshot below.) 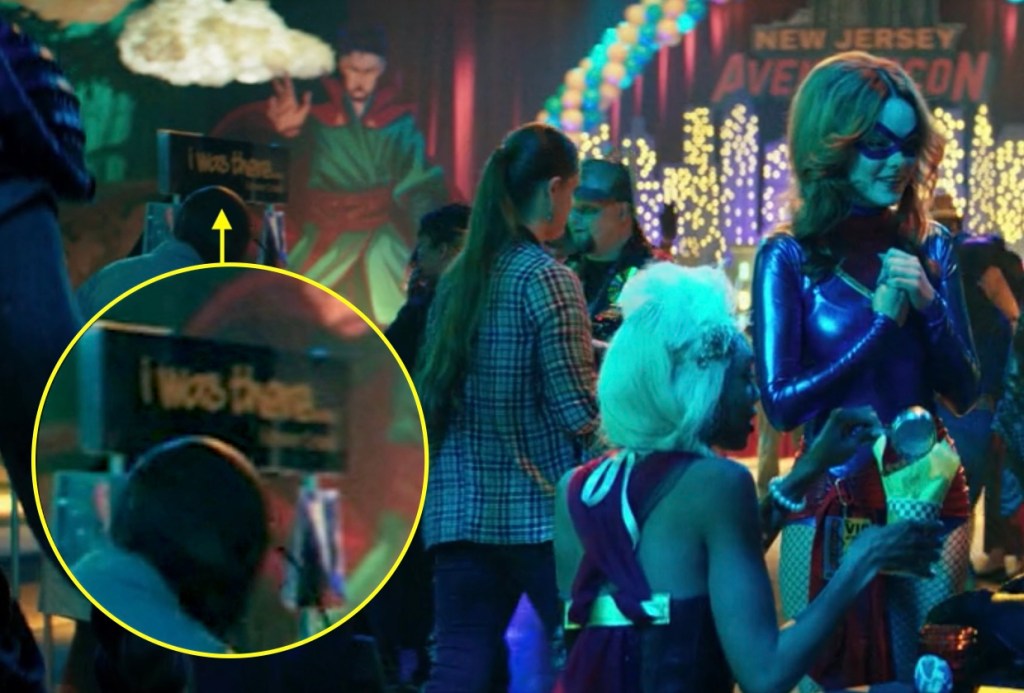 Well, Marvel.com recently shed a lot of much-needed light on that barely perceptible Easter egg, including how it confirms that S.H.I.E.L.D. (which of course was the foundation for a seven-season, MCU-adjacent ABC TV series) had a small presence during the Avengers’ final, epic clash with Thanos.

“If you’re searching for a first-hand account of The Battle of Earth, be sure and pick up a copy of the memoir I Was There… written by a S.H.I.E.L.D. agent detailing the clash between the heroes of earth and the Alien scourge threatening our fragile planet,’” notes the Marvel.com piece. “The book includes a conversation with Hawkeye, and a first-hand account of Tony Stark using the Infinity Gauntlet (even though the author was 6,000 feet away).”

Are you pleased to learn that S.H.I.E.L.D. was not entirely boxed out of the Battle of Earth? And who’s your best guess as to the author of said novel?