Starz’s hit drama series, Outlander made its highly anticipated return to screens with season six in March, after a nearly two-year hiatus. With fans eagerly awaiting the release of its upcoming instalment, the Jamie Fraser star has lifted the lid on the intimate sex scenes.

Since Outlander first landed in 2014, there have been a number of steamy scenes, keeping viewers hot under the collar.

Jamie Fraser (played by Sam Heughan) and his wife Claire Fraser (Caitriona Balfe) shared major chemistry after they first met under mysterious circumstances in season one.

Claire, who had been on honeymoon with her husband Frank Randall (Tobias Menzies) was transported from 1945 to 1734.

After realising she time-travelled, a baffled Claire then went into hiding with Jamie, who had been blamed for a crime he didn’t commit. 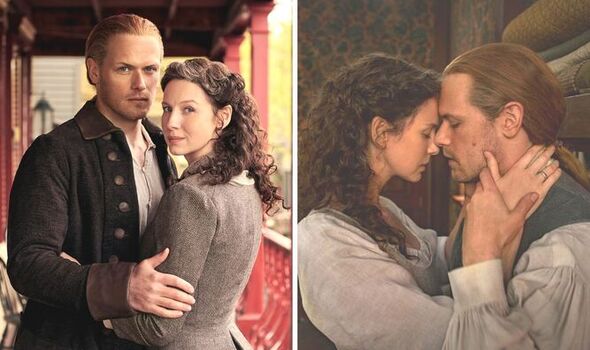 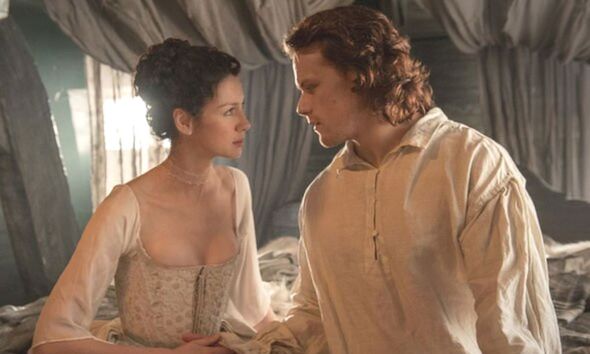 As Claire was an English woman who was without the protection of a man in Scotland, she became a target to Black Jack Randall (Tobias Menzies).

To avoid this, she became a Scot through marriage after tying the knot with Jamie.

Episode seven, titled Wedding Night, was also the first time the pair spent the night together as a married couple.

With the more recent sixth season, the Frasers have since expanded their family, and the actors have shared multiple sex scenes. 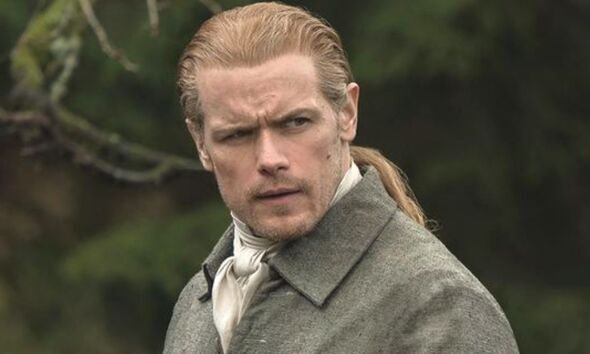 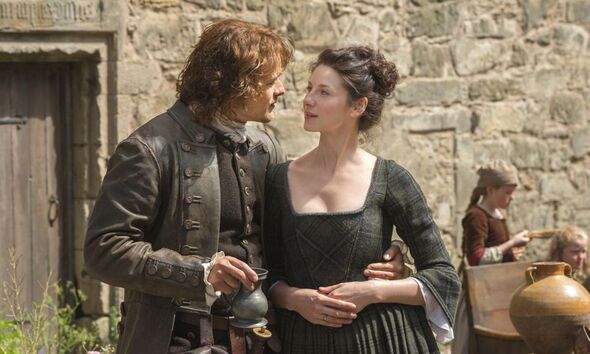 In a recent interview with Gold Derby, actor Sam Heughan opened up about the intimate scenes and revealed he enjoyed them.

Recalling a scene from season six, he said: “When he comes back from being away, I remember even choreographing that scene.

“He throws his jacket at Mrs Bug and jumps up the stairs and just the sheer pace of it, and the lightness he’s got in him.”

Due to the sex scenes in the show, Heughan revealed he worked with an intimacy coordinator during season six.

Speaking to Digital Spy, the actor revealed: “I suggested we get one after meeting her through [the] work I was doing through my former drama school.

“It’s a relatively new thing in the industry, and obviously there is a great deal of intimacy on our show.

“In a way, it had kind of been left to Catriona and I to just sort of work our way through [sex scenes].”

Heughan explained: “Obviously we have got a way of working, and we have created this relationship.

“We realised quite quickly when she came on board that actually, it’s a lot of pressure and she really helped us work through those scenes.

“She also helped maybe move the scenes on and maybe add more to them that maybe we didn’t know how to do in the past, so it has been a really welcome addition I think, also for the younger actors that also have to do intimate scenes.”