South Melbourne Market stallholders say they will be forced to increase the prices of their goods and produce if the market’s management presses ahead with plans to hike rents by almost a third.

More than a dozen stallholders have confirmed that representatives from a Port Phillip Council committee, which oversees the market, have sent proposals for rent increases. The Sunday Age has viewed one of the emails. 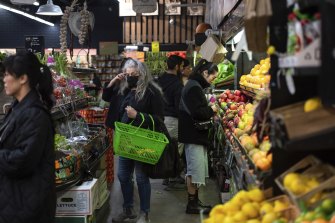 Stallholders pay between just under $40,000 and up to $70,000 a year in rent and face proposed hikes of between 20 and 30 per cent, but one stallholder is facing a rent hike of 65 per cent. Only one stallholder, who has agreed to a small increase, is satisfied with the progress of the negotiations.

The council says rents need to increase to ensure the market is financially viable and that it’s aiming for an average increase of 7 per cent across all stallholders. It hired a consultant with retail leasing experience at markets and shopping centres to calculate the increases. 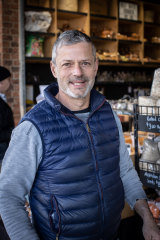 Stallholder Chris Ganatsios says he expected rents to rise, but questioned the size of the jump.Credit:Simon Schluter

Chris Ganatsios, who owns Nutshoppe, said he was happy to pay more rent, but the amount requested wasn’t fair. He declined to make the figure public.

“I’ll survive, but then I’m going to cut costs elsewhere,” he said. “It’s a community market, and we should be looking out for our locals.”

Ganastsios said the purpose of the market should be to serve the community, not to profit from it.

Angelo Zahos, who owns Aptus Seafoods, along with an oyster bar and seafood grill, said the proposed rent increases for the three stalls could spell the end of the family business, which has been operating since 1969.

“We’ve never ever queried about rental increases, and we’ve understood,” he said. “[But] it’s quite tough at the moment.”

Zahos acknowledged that the committee didn’t put his rent up during the 2020 and 2021 COVID-19 lockdowns and that he expected an increase this year.

However, he said after revenue loss due to the pandemic and increases in costs due to inflation, the suggested amount was extraordinary. He also declined to make the amount public.

Fresh produce stalls remained open during the lockdowns, while other stalls were forced to close.

The other stallholders who spoke to The Sunday Age did so on the condition of anonymity, out of concern it could affect negotiations.

One woman, whose rent could increase by about 30 per cent, accused the committee of being bullies.

“They are essentially going to send our businesses bust … during a recession, during a pandemic,” she said.

The woman said she felt pressured to provide her financial records.

Another stallholder, whose rent could increase by about 40 per cent, called the move a “shake down”.

“They’re trying to draw blood from a stone,” he said.

“Before you know it, the face of the market will change forever to a glorified food court because takeaway food or big chains will be the only thing that can survive.”

A fourth stallholder said prices could soon be as high as at the Stonnington Council-run Prahran Market, while another said the process had caused him extreme stress. “It’s been hell,” he said.

Port Phillip Council owns and operates the South Melbourne Market. The land it is on was made available under a crown grant for a general market in 1867.

Mayor Marcus Pearl said the council provided $1,193,725 in rental support to stallholders impacted by the COVID-19 lockdowns and that the rent increases were the first in three years.

“The reality is that it’s expensive to run and maintain a market of this size and complexity,” he said. “This means we have to increase rents to meet our obligation to ratepayers to keep the market financially sustainable.”

Pearl said the council aimed to keep rents as affordable as possible for traders and that most would face a 3.5 per cent rise.

He said the committee took into consideration the public benefit of the market and that financial records were requested to ensure the stalls could remain viable.

The committee’s charter calls the market one of the council’s “prime infrastructure assets” and notes its intention to develop it as a “premier shopping destination”.

“The market is an integral part of [the] council’s long term financial sustainability and, as such, must continue to operate profitably and competitively,” it says. 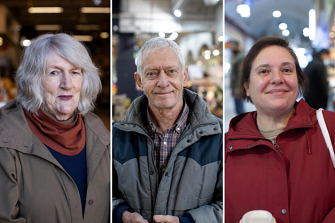 On Saturday, the market was bustling with people, some there to do their weekly shop, others to browse or met friends.

Terry Lees, who has been shopping at the market for 30 years and now visits three times a week, said if prices increased he would shop at other markets more often, including the Queen Victoria Market.

“This [market] would be less competitive with Vic Market,” the South Melbourne local said. “It’s going to force some people out because they don’t want to put the prices up and [make the market] more expensive.”

Keren Amore said she did her main shop at Preston Market, which had lower prices, and that she came to South Melbourne for a few select specialty goods. The Northcote local said she would still visit if prices increased.

Regular Linda Pankhurst, who lives on St Kilda Road, said she too would still shop at the market, but that she worried about people on lower incomes and for the stallholders.

“A lot of these guys have really struggled, especially over the last couple of years,” she said.