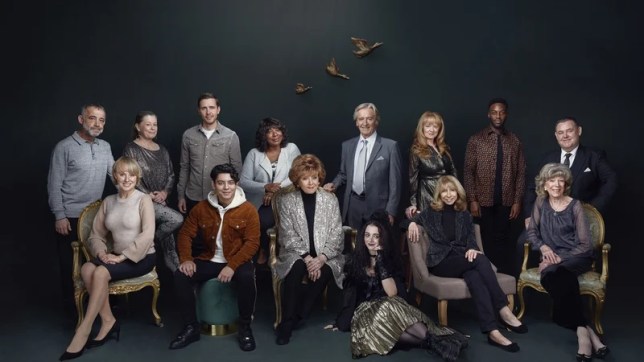 There are a lot of things Coronation Street does well.

From incredible stunts and visual effects (2010 tram crash, am I right?!), to a wide range of poignant storylines, there’s a reason it’s been going strong for over 60 years.

I find it hard to critique Corrie. It’s a show I’ve been glued to since I was about five. It seamlessly balances the humour of everyday matters with the drama and heartbreak of important issues.

One thing that has always played on my mind, though, is the lack of racial diversity on the show.

Before you roll your eyes, just hear me out.

Soaps are supposed to reflect everyday life but there is a disparity between the cast of Coronation Street and real-world demographics. This is substantiated by the recent exit of Alexandra Mardell as Emma Brooker and Charlie De Melo as Imran Habeeb.

Emma exited the show after four years, walking off into the sunset with new love Jon, back in April.

In 2016, scriptwriter Jonathan Harvey told The Daily Star that Coronation Street ‘could certainly do with having a better racial mix’, also highlighting: ‘It’s supposed to represent the world and life’

‘There’s lots of things you try – you don’t always get them right, but you should always be striving.’

While there’s still hope Emma might return one day, the same can’t be said for Imran, after his turbulent four and half years on the street came to an end. Wednesday’s shocking episode saw him suddenly die, widowing Toyah and concluding his fierce battle with Abi Webster over the custody of their son Alfie.

The exit of these characters brings the total ethnic minority percentage down to just over 15%.

But let’s put that to the side for a second and look at the diversity we do have.

While there have been several Black characters to walk the cobbles throughout the years, it wasn’t until 2019 that we got to see the first Black family join the street. How can this be true of a show that is otherwise so progressive in so many ways? It’s mind-blowing to me.

What’s more shocking is that it’s still better than the East Asian representation we’ve had. In 20 years, I have only ever seen one East Asian supporting character (Xin) who appeared for four months in 2011 as Tina McIntyre’s friend.

Xin ends up marrying Tina’s boyfriend Graham Proctor. The married couple leave the street together and are never seen or heard of again. Almost as if they didn’t exist – which they may as well not have, if I’m being blunt.

Then, of course, there are the Alahans and the Nazirs, who make up the remaining minority families on the street.

So, if we’re counting, that’s one Hindu family, one Muslim family, one Black family, and zero East Asians.

It’s this tokenism that suggests ethnic minority characters are not active members of society, there to enrich the show, but simply exist to check a diversity box.

Why is it that Steve McDonald has had more weddings than there have been ethnic minority families on the Street?

But let’s say progress is being made – I mean, it wasn’t that long ago that people of colour weren’t allowed onscreen, so to have not one but three families of colour on the show should be a step in the right direction at least?

Here’s the thing, representation goes far beyond what you see on the screen. Dev Alahan has been a long-standing character on the show, as were his relatives, the Desais, before him. He has a family, successful businesses and is undeniably a character of substance.

And yet, growing up watching the antics of the Alahans, I was never really convinced they represented me or my culture/religion. From Dev’s overly laid-back parenting style and his tumultuous marriage to Sunita, to the relationships his kids pursued, (I’m old enough to even remember Amber and Darryl), let’s just say their behaviour was very niche and unrelatable.

It’s not something that actively affected me. I didn’t despair about it every time I watched the show.

It wasn’t until Asha Alahan’s colourism storyline that I even felt the need to do more than just roll my eyes and make funny comments. But that storyline made me sit up straight, so to speak. It made me realise that they really could do something worthwhile for viewers that they hadn’t ordinarily been doing.

Colourism is a huge issue, not just in South Asian communities. As my skin is on the fairer side, it’s not an issue that negatively impacts myself, but I’m not ignorant to it. I know how it impacts others. I was impressed to see Coronation Street shed some light on a topic that is so deep-rooted in many societies – both consciously and unconsciously.

So, when the storyline was, in my opinion, barely touched upon and then dwindled into the background as more prominent storylines came into focus, it was already too late. Pandora’s Box had been opened. I saw that Coronation Street had the ability to cover such a key topic and was let down by the fact they did not give it the longevity it deserved.

Even though it’s not a challenge I’ve personally faced, it undeniably represented my culture – and that’s the point! I’m not saying every storyline or character has to unequivocally represent every different type of minority. That’s just not feasible. But to dig deeper than stereotypes or whitewashing, and actually write about things that affect these communities as a whole, would resonate with so many people.

I’m not oblivious to the difficulty faced by writers. Even when trying to tackle important issues such as air pollution, sexual abuse and hate crimes, there are outcries of ‘virtue signalling’ and ‘wokeness’ from viewers threatening to stop watching the show.

But as I said, soaps are supposed to reflect real life. To hold a mirror up to society and shed light on difficult situations. Not to pander to those who feel uncomfortable about change and differences.

And on the other hand, being able to get the balance between stereotypes and whitewashing right is a difficult task. Especially with only one family. Therein lies the main problem.

How can you possibly attempt to represent the vast multicultural society in Manchester with only one token family from each background?

How can any show do BAME characters justice without multiple minority writers from various walks of life?

We need multiple families of different backgrounds, but if you do choose quality over quantity then we at least need more multicultural writers who can create substantial storylines for the minority characters that are available.

This isn’t just a personal gripe from a disgruntled viewer who should be more concerned that she’s spending her evenings watching soaps, instead of being out on the town.

It was an issue mentioned in 2017, by former Corrie producer Kate Oates, who told Radio Times: ‘In terms of reflecting diversity and showing black and Asian characters, yes, we absolutely need to do more of it. And we need more black and Asian writers, to bring out the truth of those voices.’

While there may have been efforts to improve in this area since then, there’s still clearly a long way to go.

The reality is this: people of colour are more than supporting roles in white people’s lives. They are more complex than ‘one size fits all’ representation. It’s not ‘woke’ to include multiple ethnic minorities and highlight their issues – it’s just real life.

If a periodical drama such as Bridgerton can do it and have wild success, what excuse is there for a modern-day soap opera set in multicultural Manchester? Or any soaps for that matter?

And I can’t just pile on Coronation Street when all soaps could do better. EastEnders fall over themselves trying to find shocking ‘angles’ for their minority characters.

Like Corrie, they had something special with the FGM storyline, but that wrapped up quickly and anticlimactically, and sisters Mila and Kioni both left the show soon after.

Furthermore, with key characters such as Keegan Butcher-Baker, Isaac Baptiste and Iqra Ahmed leaving the Square, too, could soaps do more to keep the little diversity they actually have?

It’s not for me to ponder the career choices of actors of colour. But I can point out the issues that I see and hope it helps casting directors and writers realise the importance of representation of substance.

There is power in numbers. Don’t make us a ‘wacky twist’ or a ticked box. We deserve authenticity, just like everyone else.