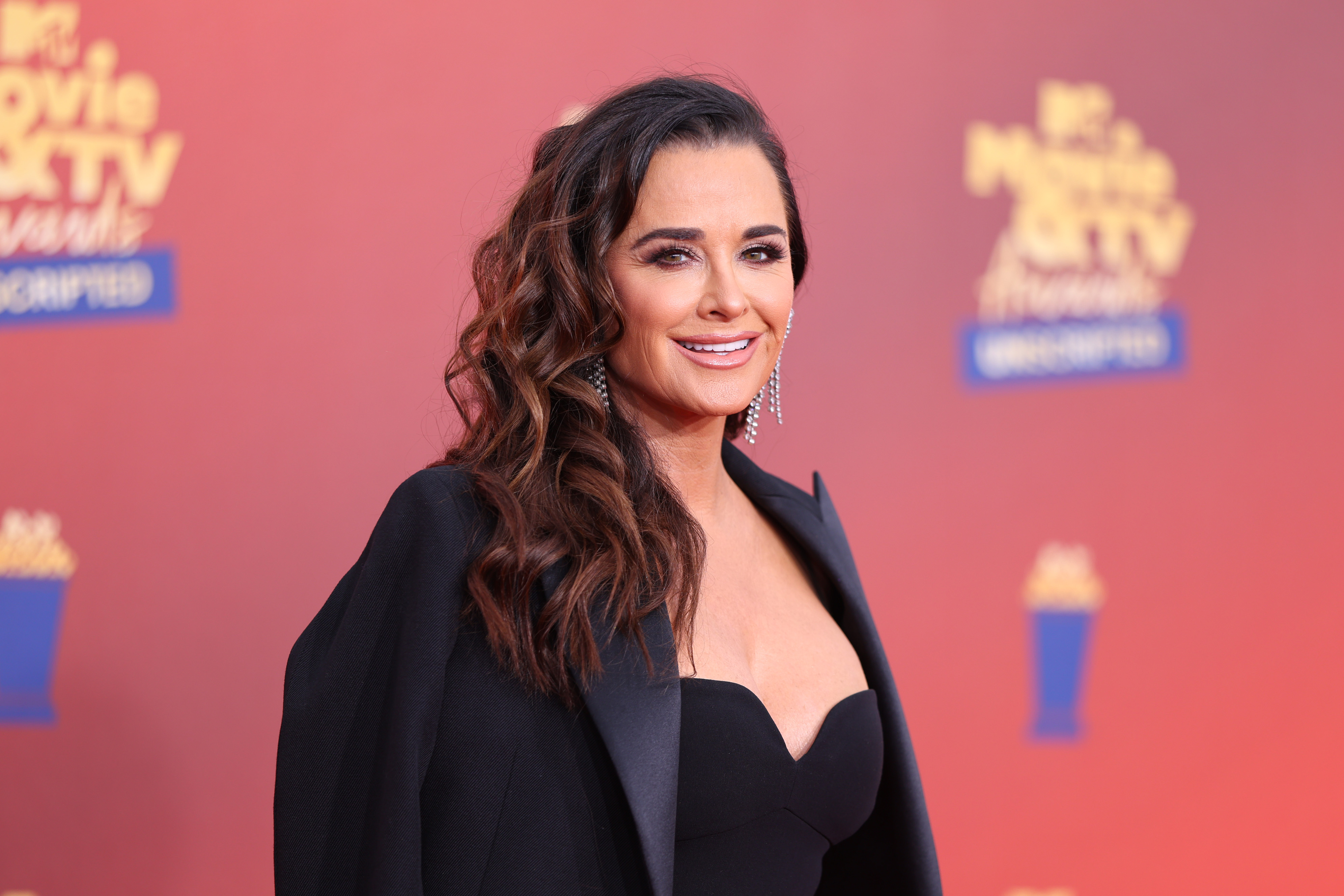 Kyle Richards has revealed that she apologized to Sutton Stracke after being skeptical that she had suffered two miscarriages.

The Real Housewives of Beverly Hills star sparked outrage after a preview clip of the upcoming episode was shared on social media, showing a heated confrontation between her co-star and newcomer Diana Jenkins.

In the footage, Sutton attempted to connect with Diana over her recent fertility heartache and pregnancy loss.

However, Kyle appeared to cast doubt and call her pal’s own miscarriage experience ‘bulls**t’, leading to intense backlash from fans.

Discussing the scenes in a chat with Metro.co.uk, the Halloween Kills actress confessed that she hasn’t watched the tape just yet.

‘I have not seen that clip,’ she told us. ‘I just know that I the next day called Sutton and apologized to her.

‘The margaritas definitely hit me as we saw, me doing the splits and all that.

‘But I just remember the next day calling her and apologizing to her. I think I’m going to skip this week’s episode…

‘I’ll catch up in a couple of weeks.’

Kyle’s words come after a clip made the rounds on social media, teasing more fall-out from Garcelle Beauvais’ birthday party.

Last week’s episode ended with Sutton and Diana arguing in the corner after repeatedly clashing during the recent cast trip.

‘I’m so sorry that you lost your baby. I’m just trying to reach out to you because I understand this in a way,’ Sutton said in the video. ‘I’ve lost two babies.’

The RHOBH OG seemed in disbelief over her comments and branded her experience ‘bulls**t’.

‘I love you, but this feels like bulls**t,’ she hit back. ‘You’re going to say you lost two babies?

‘When it comes to miscarriages, it’s really mean,’ Sutton responded, becoming emotional. ‘You’re saying that you didn’t know that I had miscarriages?’

‘Why would we know?,’ Kyle questioned, refusing to let up. ‘Listen, she lost a baby. You did not. [Or] maybe years ago, I don’t know. This was recent.’

Fans were rocked by the clip and said that she had ‘crossed the line’ for her reaction.

Speaking of what else we can expect from the upcoming episodes, the Hollywood star teased that it’s more of the same.

‘Well, a lot more problems and drama, fighting and also a lot of fun and travelling and glamorous moments as well,’ she continued.

‘A little bit of everything that I think that audience will really enjoy the season.’

Discussing whether she will continue to appear on the Bravo series, which she has starred on for 12 years, Kyle confessed that she flip-flops on the decision constantly.

‘I change my mind on the daily,’ she added, before referring to the outrage over drama with Garcelle. ‘When I see comments like that, on Instagram last night, I just get like, “Uhhh”, it’s just hard.

‘My husband is like, “you know who you are, you know, what you meant, who cares?” I know that but I’m a sensitive person. Things like that make me feel bad.

‘Garcelle is my friend, I would never want her to feel bad either. I just think it’s just too stressful.

‘And then other days, I care about these women and we do have a lot of fun together, too. It just depends on the day that you catch me.’