Vicki Gunvalson from The Real Housewives of Orange County is not having a good time on the dating scene and wondered if John Cougar Mellencamp was on the market.

She recently shared that she was not into dating apps but the guys she’s been dating aren’t really doing it for her. SUR manager Peter Madrigal from Vanderpump Rules recently offered to host Gunvalson at the restaurant to show her that good guys really do exist. But during a discussion with pal Tamra Judge and Teddi Mellencamp on their podcast, she wondered if maybe Melllencamp’s dad might be a possibility.

Gunvalson admitted the last date fell short, so she asked Mellencamp on her Two T’s in a Pod podcast, “By the way is your dad single?” 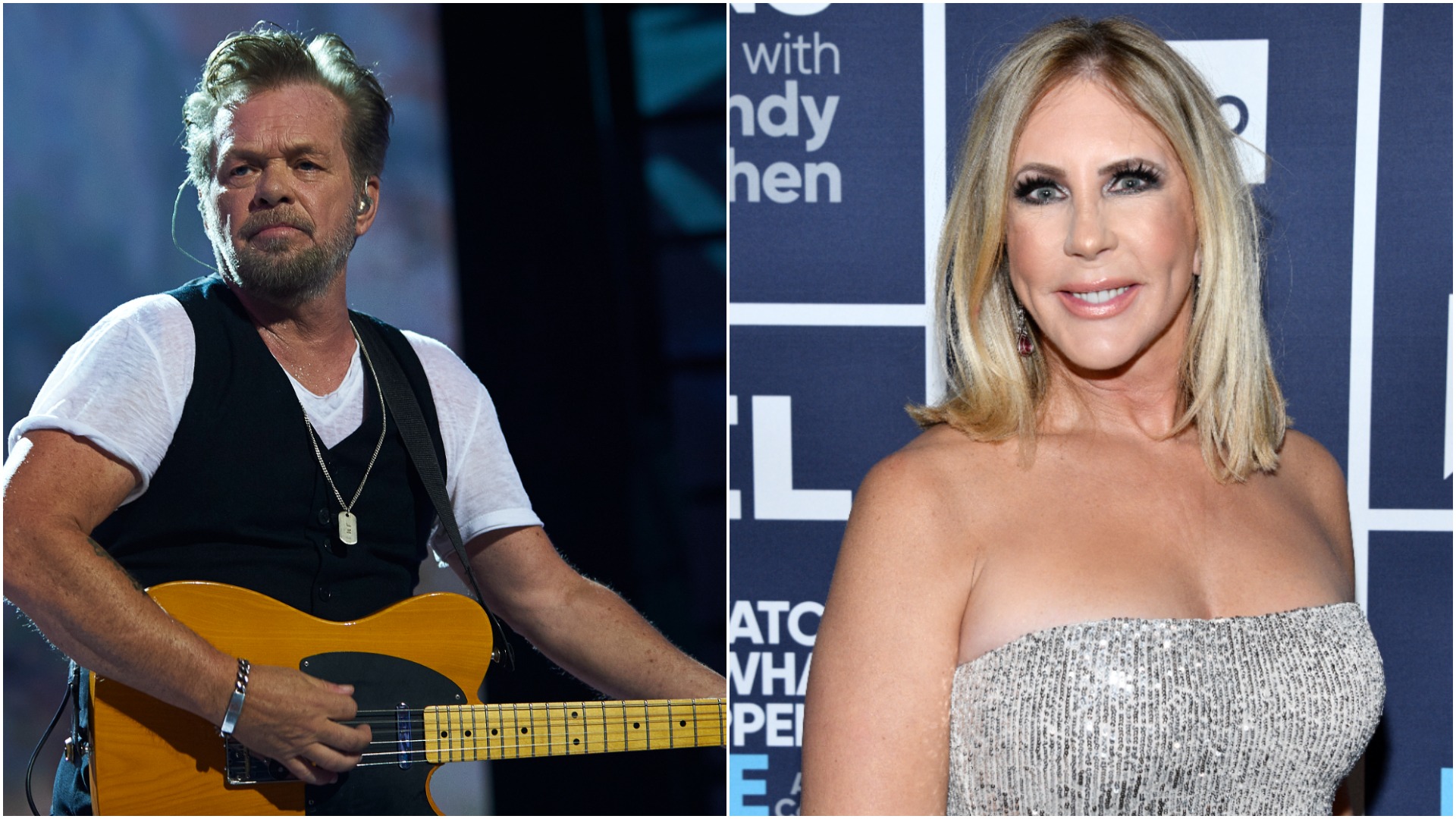 Mellencamp insisted, “You do not want to date my dad.” Judge asked how old Mellencamp’s rocker father is. “I don’t know, 65?” she replied.

Mellencamp then cited another problem with Gunvalson dating her dad. “He’s not tall enough for you. I heard you need a six foot requirement.” Gunvalson then agreed. “He’s maybe 5 [foot] 9 [inches],” Mellencamp shared.

Then Judge joked, “I kinda feel like you’re not young enough for him,” she said to Gunvalson.

With Mellencamp basically out of the running, Gunvalson then shared her date wish list, which was pretty lengthy. “Number one, they must love Jesus,” Gunvalson said. “Age 55 to 63. I want to be treated like a lady. I want a family man. I want them be self-sufficient. Someone I could laugh with. Someone who will adore me. Likes to travel, new experiences. Someone to cook with me and drink wine and laugh with me. But not be an alcoholic. I can’t do the drugs and alcohol thing. Attracted to me.”

“He has to be confident, but not egotistical. Must be loyal and committed. No lies,” she added. “Someone to love my friends and my family. Nonsmoker. No drugs. Not focused on social media.”

Mellencamp piped in: “Nonsmoker? You thought the Cougs was gonna be appropriate? He smokes 24/7.” Gunvalson does like a man in cowboy boots. “A Midwestern guy, someone who respects me and my crew, someone who likes boating, the rivers, someone who’s not intimidated by my success.”

The wounds are still fresh from her breakup with Steve Lodge

Gunvalson’s list may be long because she’s still sore from her breakup with Steve Lodge. After believing that she finally found someone to fill her love tank, Gunvalson found herself single once again and feeling duped by a man. Lodge broke off his engagement to Gunvalson shortly after he didn’t win the governor’s race in California. But not only did he break up with her, got engaged to a younger women soon after.

Judge recently shared that the breakup is still so painful for Gunvalson, she essentially “chased” Lodge and his new fiancé out of a restaurant.  “She ran into him with the girlfriend and she chased him out of the restaurant,” Judge recalled on Jeff Lewis Live radio show (via People). “She told me too, ‘I chased him out of the restaurant and he got into his car and took off.’ I said, ‘Vicki, oh my god, did someone take video of it?’ She said, ‘I don’t think so.’”

Gunvalson insisted she didn’t “chase” Lodge out of the restaurant. “I said ‘Steve we have some unfinished business to discuss.’ There was no yelling, no screeching and no volatility,” she said. “He made the decision to walk out of the restaurant and he was never chased.”