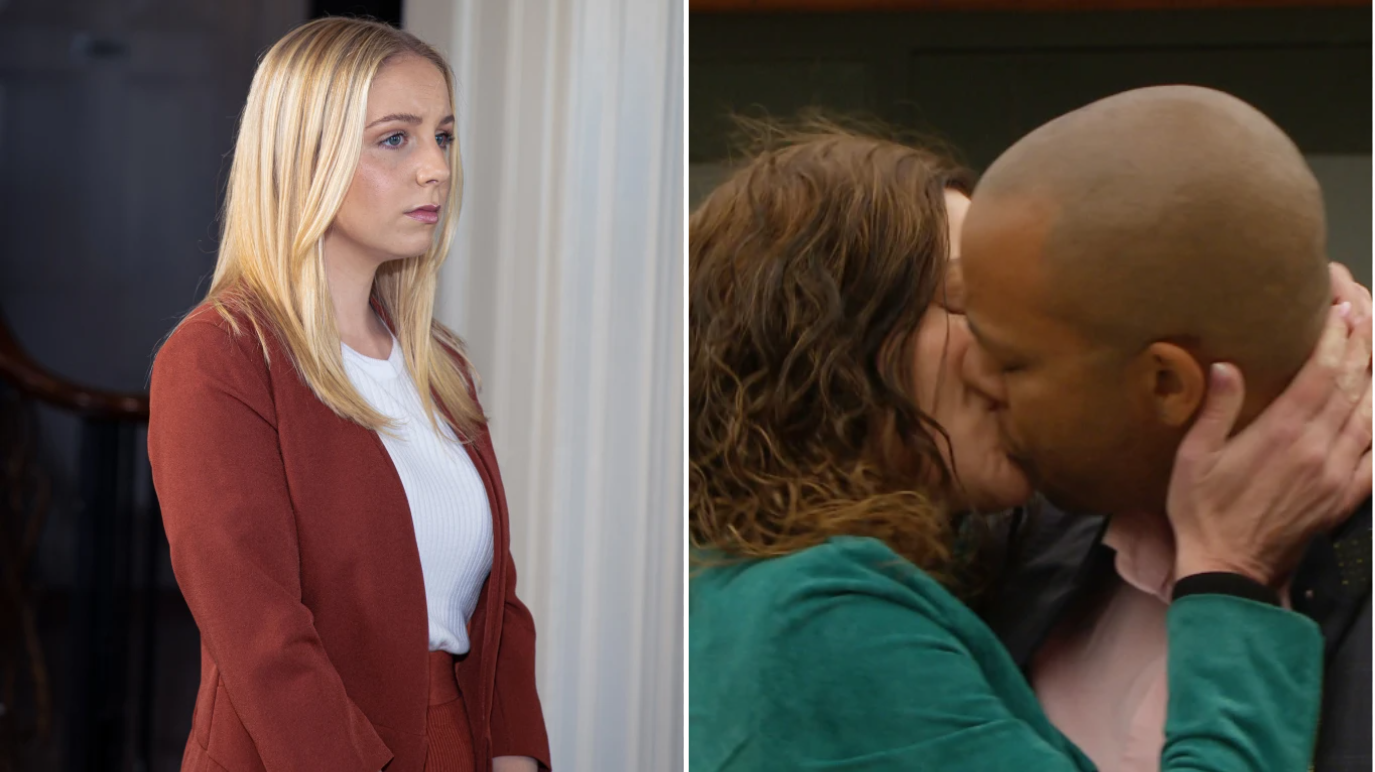 So far the only person who knows about Al Chapman (Michael Wildman) and Chas Dingle (Lucy Pargeter)’s affair on Emmerdale is Belle (Eden Taylor-Draper), after she caught them kissing as they left a hotel after an assignation.

She was naturally outraged as what the pair had been up to, with her main concern being how Chas’s husband Paddy (Dominic Brunt) would feel if he was ever to find out that Chas had betrayed him. She made Chas promise to end the relationship and Chas assured her that she’d done just that.

It turns out that it’s not that easy for Chas and Al to resist each other, though. Every time the stress of caring for her mother gets too much for Chas, her first thought is to text Al to arrange an assignation.

In tonight’s episode, following the shock news that Faith (Sally Dexter) has only a short time to live after the cancer was found to have spread to her brain, Chas texted Al to arrange a meeting.

While Faith ran herself a bubble bath, Chas got ready to head out to meet Al – only to be interrupted by a visit from Belle, who was checking up on Chas after Paddy told her that his wife had been really stressed.

Keen to make sure that Chas didn’t go back to her former ‘stress relief’ of Al Chapman, Belle insisted that she was there for Chas should she ever need to talk. Less than thrilled at the interruption, Chas put the kettle on and resigned herself to sitting and listening to Belle’s views on mindfulness rather than her preferred therapy of a few stolen moments in the arms of Al.

Later Al came to find Chas at the Woolpack after she failed to turn up for their arranged meeting – and once again Belle was there to thwart them. ‘Where were you?’ Al asked Chas. ‘Belle’s watching. I’ll text you,’ she muttered as she went to get his drinks order.

With Belle keeping such a close eye on the pair, any future meetings are now going to be twice as risky. This really can’t end well.