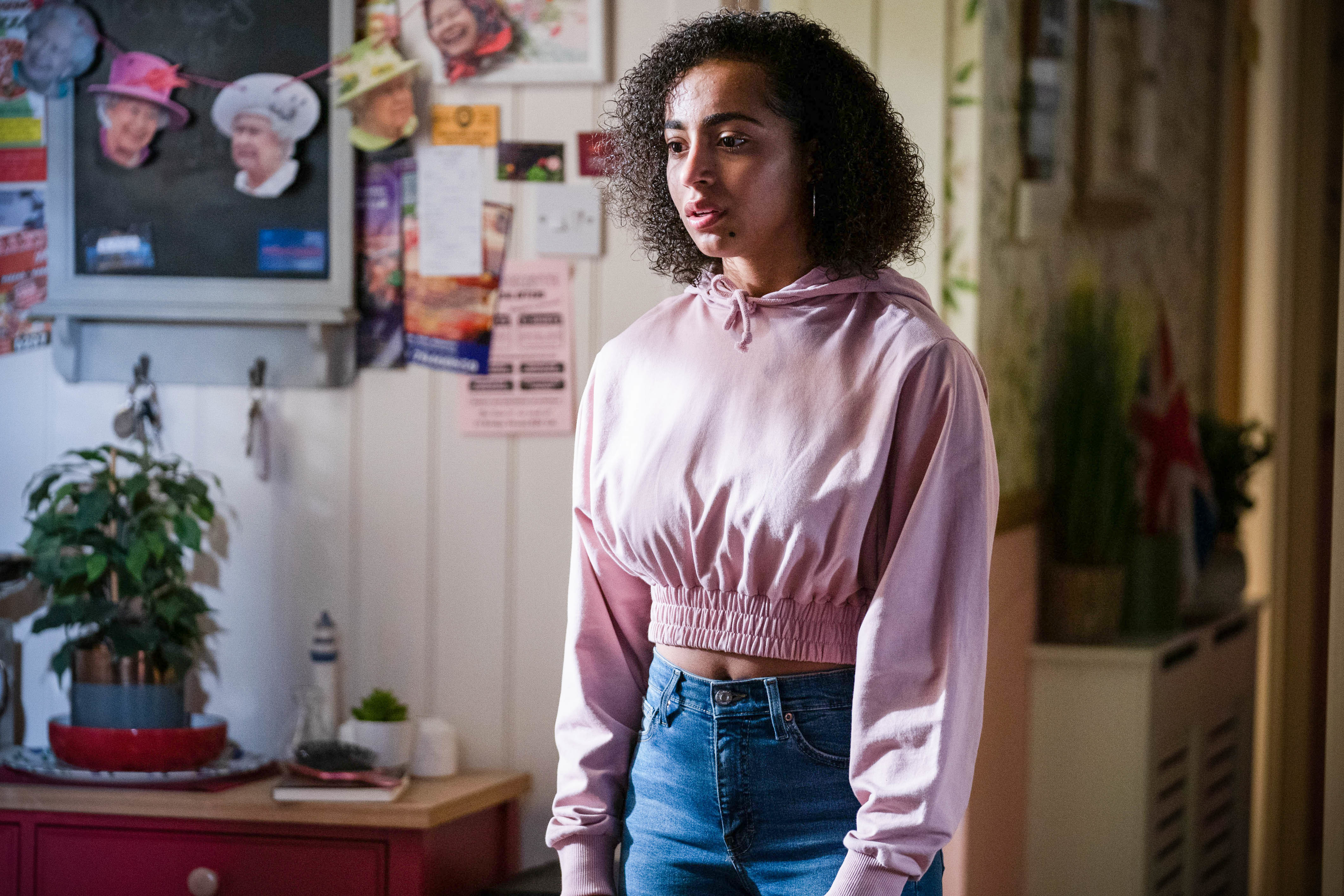 We know that Kelsey Calladine-Smith will soon be leaving EastEnders as part of a general cast shake-up that will see her character Jada leaving Albert Square – and in upcoming episodes things take a sinister turn when Jada is accused of supplying drugs.

Stuart (Ricky Champ), whose behaviour becomes increasingly unpredictable as his mental health crisis worsens, goes in desperation to buy some illegal street drugs. Previously desperate not to get addicted to drugs again, Stuart has second thoughts just in time and hands the drugs over to Jada for safe-keeping.

At Denise (Diane Parish)’s birthday party, the drugs fall out of Jada’s purse and Denise confiscates them. Amy (Ellie Dadd), who is still trying to impress Howie (Delroy Atkinson)’s son Denzel (Jaden Ladega), steals the pills from Denise and takes half a pill.

Meanwhile Denise has found the drugs have gone missing, and she and Jack (Scott Maslen) set off to find the group of teens, getting to them just in time to see Amy collapsing after what she’s taken. As Amy is attended to by paramedics, Martin (James Bye) questions Lily (Lilia Turner) about where the drugs came from and becomes convinced that Denzel supplied them to Amy. A furious Martin confronts Howie with the accusation that his son is a drug dealer.

Later, Lily reveals that the true source of the drugs was Jada. Will anyone believe that she’s innocent? Obviously Stuart knows the truth – but will he step up to defend her? Or will she be forced out of the Square if everyone turns against her?