In the late ’80s, Jeffrey Wright was finishing up his studies at Amherst College, dividing his time between acting, lacrosse, and a political science degree. In the midst of all that, he got the chance to study with James Baldwin. The writer was a literary icon by the time he arrived at the liberal arts college to teach in the humanities department, and Wright landed a spot in Baldwin’s lecture.

But Wright had so much going on that he never actually made it to any of the classes, and Baldwin died a few months later.

“It was one of the biggest regrets of my life,” Wright said in an interview, some 35 years later, while sitting on a park bench at the Telluride Film Festival. “I’ve had a profound relationship to his work for as long as I can remember, to what he means to American literature and American political thinking.”

With “The French Dispatch,” Wright got the chance to make up for the missed occasion. In Wes Anderson’s vibrant salute to literary giants, the actor appears in a closing vignette as the aptly-named Roebuck Wright, an eccentric food critic who provides the discursive narration to the movie’s closing segment. The character of Roebuck bears less resemblance to the actor than he does to the real-life icons who inspired the creation. Anderson envisioned the stone-faced, whispery creation as a blend of Baldwin, Tennessee Williams, and The New Yorker food critic A.J. Liebling.

In the movie’s dazzling final passage, Roebuck recalls his strange assignment to cover a famous chef, only to get drawn into an outlandish kidnapping plot, the movie centralizes the performance in a way that transcends its colorful surfaces and quirky tone: Wright gives the movie its soul by communing with the figures who inspired him, resulting in one of his most distinctive and poignant performances.

Denied Oscar nominations over the years despite a number of roles that justified them, Wright could be on track to finally correct that oversight with a bid for Best Supporting Actor: For all the moving parts of this vast ensemble piece, Roebuck is the payoff. 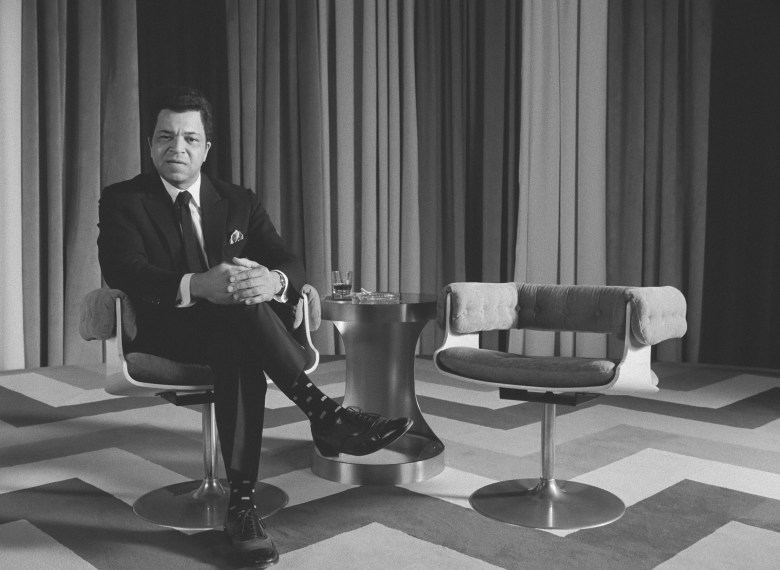 Jeffrey Wright in “The French Dispatch”

With “The French Dispatch” already off to a robust start in theatrical release, Wright could be on the campaign trail in the months ahead, and he has plenty to say about the part. He was excited by the prospects of using Baldwin as a foundation for playing an African American expatriate in a setting where few have been depicted throughout film history. Set in a fictional French city with stories built around a magazine of American writers living abroad, “The French Dispatch” speeds through a series of playful vignettes before arriving at its most vivid creation.

“He’s running from the limitations of a Black, gay, intellect at a time in America where there’s not a lot of room for that,” Wright said. “Roebuck is an odd man, a singular man, and at some point he probably in his life said, ‘Fuck it. If you don’t get it, it’s not my problem.’ And that’s his act of defiance.” He chuckled. “I can relate to the idea of barely being misunderstood.”

On the surface, Wright seems like he’s doing better than ever: The actor arrived in Telluride in between shooting the latest season of “Westworld,” where he continues to play journeyman and show favorite Bernard Lowe, and the Spanish set of Anderson’s next feature “Asteroid City.” He currently surfaces as James Bond’s spy buddy in “No Time to Die” and appears next year as the police commissioner in “The Batman.” But his prolific output belies the rather gloomy nature of his worldview, which he usually shares publicly on his Twitter feed. “I’m probably not the right person to talk about the human condition at this point,” he said. “There are certain things that I’m not high on anymore.”

The pandemic has left him frustrated by humanity in general. “There are opportunities to find spaces for a full breath,” he said. “But there’s always someone out there doing the exact opposite, depleting their local feed store of horse dewormer. I mean, yes, there is a human application for it, but it’s not the stuff that you find in the fucking feed store.” He chuckled again, as if it were a defense mechanism to bring him back to an agreeable place.

“It’s been a strange year for all of us,” he said. “I think a lot of us are or should be rethinking our relationship to work in the midst of the fragility we’ve been experiencing. Work can be a distraction from anxieties. It’s been helpful to me, therapeutic. At the same time, I want to ground myself in some other stuff.”

Wright couldn’t have chosen a better time to slow down. From “Angels in America” to “Basquiat,” his talent and versatility have been indisputable for years, but “The French Dispatch” clarifies the specificity of his skill: The movie finds him often staring straight at the screen, talking the audience through a rather outrageous scenario, injecting it with drama and depth in the process.

That’s on-brand for the actor: Wright excels at making unusual subjects palatable to all. “I talk through things with myself so I can kind of ground the performance in something that’ll give it viability,” he said. “Roebuck Wright is not any of these characters that we reference, so I have to figure out the calculus in my head as to who he is.” 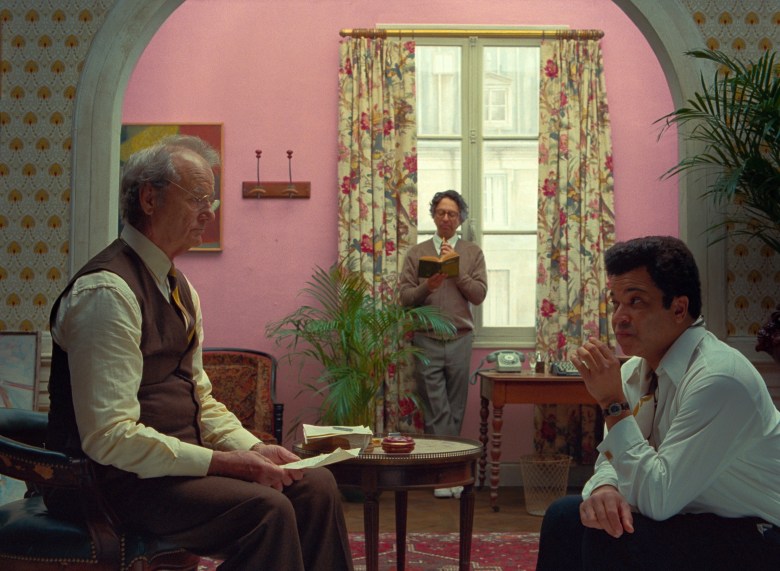 When Anderson first met with Wright in Paris to discuss the role, the pair sat down at Le Select, an Art Deco cafe where Baldwin did much of his writing. “We had a great meal and talked story,” Wright said, recalling how the themes of the movie came to him in retrospect. “I think as opposed to a meditations on politics, it was about the meditations on isolation, the existential questions of aloneness — kind of forcibly being alone for the sake of one’s own sanity, and outside of America, away from home in some other place that one hopes is going to be welcoming or inviting or at least tolerant.”

Above all, Wright was eager to embrace the musicality of Anderson’s dialogue. “I absolutely characters for whom language is a kind of oyster knife,” he said. “There was a good deal of trust that Wes showed me because of that. It was a really wonderful collaboration.”

Still, during the shoot, Anderson brought his typical precision to the line readings. “He’s relentless and exacting,” Wright said. “There were times where he’d be like, ‘OK, take 29!’ And we’d all look at each other like, ‘Really?’ He may have had flashes of Kubrickian impulses here and there, but it was all for the love of the thing.”

The joy of Roebuck’s storytelling in “The French Dispatch” is that it never follows a straight line — the Andersonian pathways have a tendency to spin and twirl at an elaborate clip. At one point, the character’s verbatim recitation of his article is interrupted by the magazine’s editor (Bill Murray), who attempts to clean up the writer’s language. “All of us need a good editor in our lives,” Wright said.

Which is not to say he’s interested in brightening up his indictments of humanity in the wake of the pandemic. “Here in America, we couldn’t even band together to stop a pathogen,” he said. “It is absolutely hopeless that we can band together against anything. I don’t mean to be fatalistic, but it’s not going to happen.”

If the world is on fire and Wright doesn’t think we can put it out, what keeps him going? When asked, his swift answer comes so naturally it must have been sitting in his head for years, waiting for the right moment. “An opportunity to find beauty in certain things,” he said. “That speaks to this character’s journey as well — the search for grace, the search for beauty, damn everybody else. Let me find kindred spirits. Let me try to carve out a moment of beauty and peace.”

“The French Dispatch” is now in limited release from Searchlight Pictures.