The 26-year-old has been taking online classes part-time for the last few years. 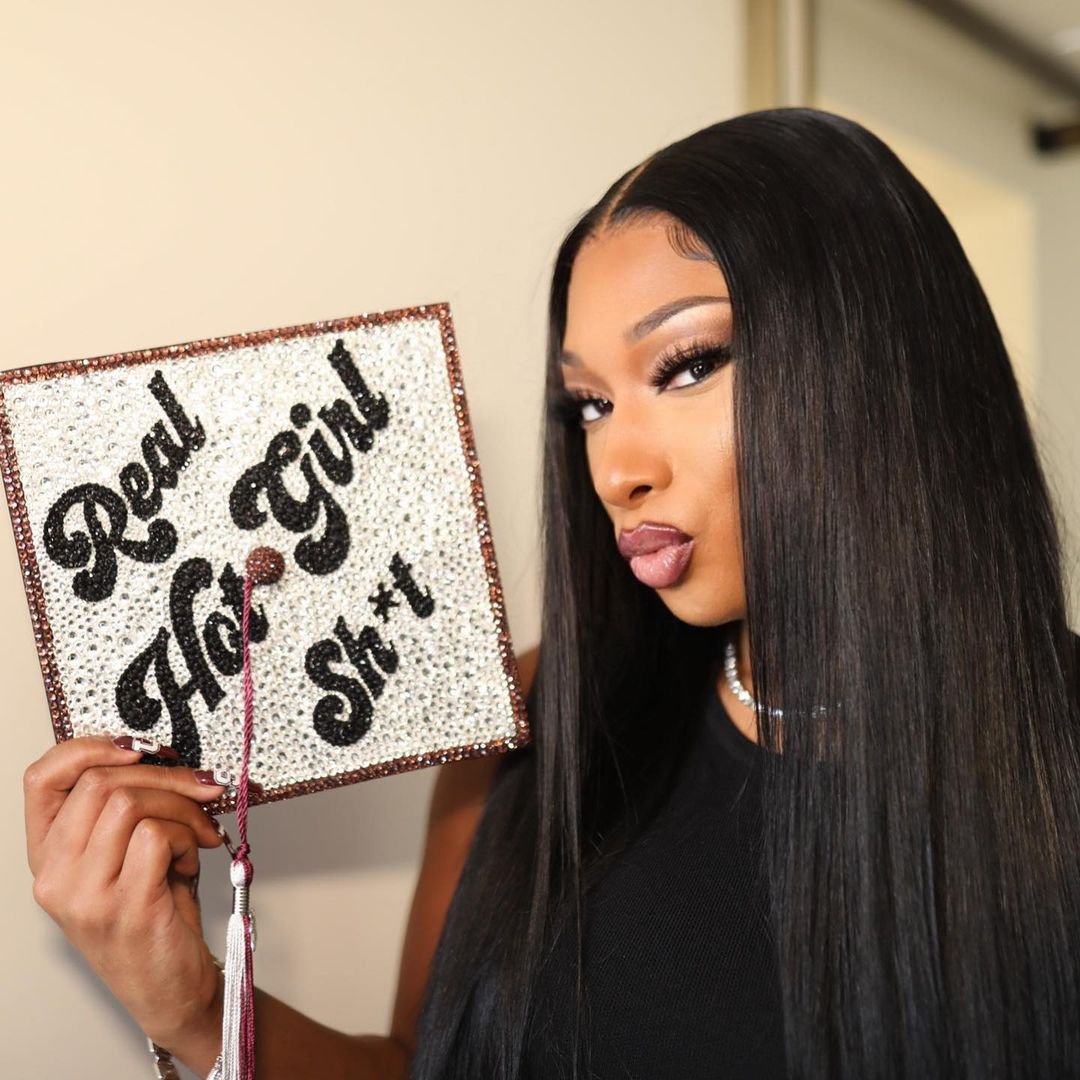 What school is Megan Thee Stallion going to?

In 2020, Megan Thee Stallion shared her reasoning for remaining in school despite her overwhelming fame.

She's set to graduate from Texas Southern University in 2021, with a bachelor's degree in health administration.

When opening up about why she's in school, the star reportedly said:

“I want to get my degree because I really want my mom to be proud,” she said. “She saw me going to school before she passed.”

Megan's mother passed away in 2019 after a battle with brain cancer.

The cap has the words "Real Hot Girl S**t" bedazzled across it, and Megan's nails are painted in her school's colors. One hand says TSU, and the other says 2021.

She captioned the series of photos:

What are Megan Thee Stallion's plans for after college?

She is also reportedly thinking about setting up a center to encourage her fellow TSU-graduates to find work after school and strengthen the community.

"I really wanted to be an administrator over a hospital, but I knew I still wanted to be Megan Thee Stallion. I was like, 'What can I do?'" she said. "I was like, 'You know what, I'm gonna open an assisted-living facility and use the money that I make from rapping to open it. Then I'm gonna let my classmates run it."

She sadly lost her grandmother shortly after her mother passed away, but Megan has big plans of making her family proud.

"I want my big mama to be proud. She saw me going to school before she passed," she said. "My grandmother that's still alive used to be a teacher, so she's on my butt about finishing school. I'm doing it for me, but I'm also doing it for the women in my family who made me who I am today." 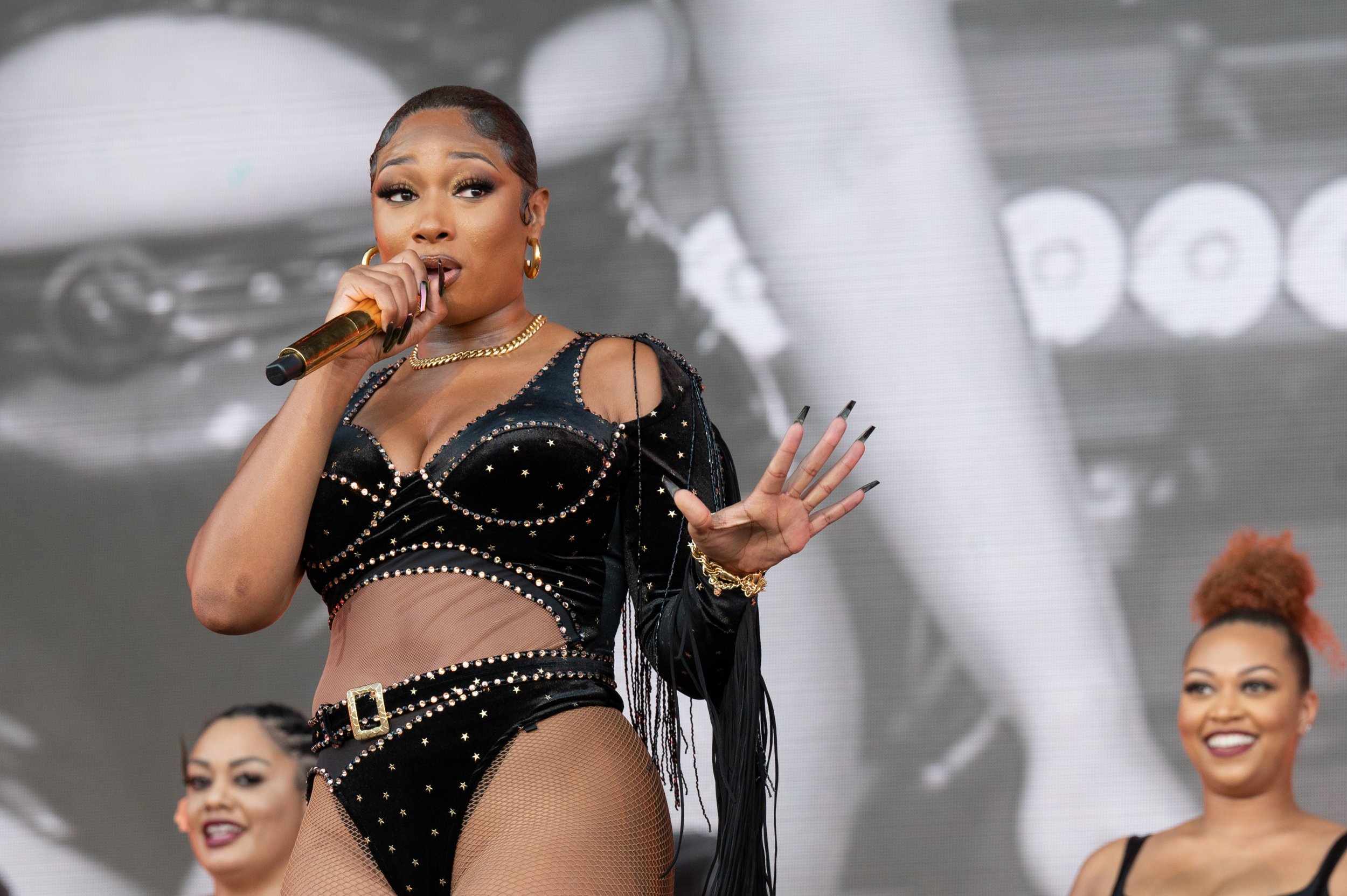 Who is Megan Thee Stallion?

This name was coined after boys at her high school started referring to her as a stallion, a term given to tall women with curvy figures. Megan stands high at 5'10".

Her mother was a rapper in their hometown of Houston, Texas, and went by the stage name Holly-Wood.

Rapping came naturally to Megan, and she began uploading videos of herself freestyling to social media in 2013. She garnered herself a fanbase, who she calls "Hotties", and continued to build a name for herself on social media platforms.

In 2018, Megan became the first female rapper to be signed to 1501 Certified Entertainment. The same year, she performed at SXSW, a film and music festival in Texas.

2019 brought with it Megan's first Billboard chart listing, with Big Ole Freak coming in at number 99 on the Hot 100. Pitchfork named her mixtape, Fever, one of the best albums of the year.

On November 20, 2020, Megan released her debut studio album, Good News, which debuted at number two on the Billboard 200.

She won the most awards at the 2021 BET Awards, leaving with four.

Megan is currently dating Pardi Fontaine, a fellow rapper. The two confirmed their relationship in February of 2021.