When Zack Snyder departed his Warner Bros. tentpole “Justice League” in 2017, it spelled the end of the filmmaker’s long run with the studio. Even though he resurrected his vision with “Zack Snyder’s Justice League” on Warner Media’s HBO Max, after seven films with the studio, he and his wife, creative partner, and producer Deborah Snyder opted to bring their next film to Netflix.

They’d long hoped to make “Army of the Dead,” an ambitious zombie heist film, at Warners, but Deborah said they have no regrets in creating this new partnership. When Netflix stepped in to make the film in 2019, it offered a big budget, a greenlight for two more franchise entries, and the kind of creative freedom not often on offer in a world gone mad for existing IP. And then there was the data.

“I got absolutely no information from HBO Max or Warner Bros. None,” she told IndieWire. “I’m getting a lot more indication [from Netflix about ‘Army of the Dead’], a lot more sharing of information in terms of indicators that are looking good. They won’t be reporting box office because it’s not really about the box office for this — we’re in 600 theaters — but I think the idea was more, this is a big film and they want to eventize it.”

While a theatrical run was never in the cards for “Zack Snyder’s Justice League,” “Army of the Dead” rolls out in 600 theaters today, a week before it hits Netflix. Snyder sees it as a win-win: having something new to play on the big screen can help theaters, while also giving eager fans the chance to see it early.

“It helps the movie theaters to drive people there, but it wasn’t about having to make a certain amount of money,” she said. “For us, it’s about people liking it and seeing it and wanting to see it.”

And while Snyder is an unabashed fan of the theatrical experience, she recognizes that many studio films — the kind she and her husband used to make for Warner Bros. — only happen if they’ve got existing IP (and existing fanbases) behind them. For “Army of the Dead,” an original story that Zack Snyder had been trying to make for over a decade, Warner Bros. couldn’t offer what Netflix could. 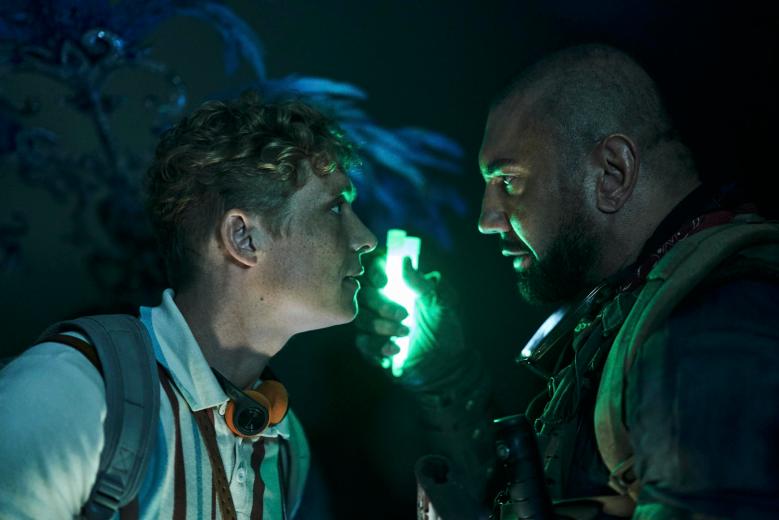 “Army of the Dead”

“I don’t think would have been made had it not been for Netflix,” Snyder said. “What a streaming service like Netflix is doing is allowing stories to get told that wouldn’t be getting told. Warner Bros., for so many years, we couldn’t figure it out with them. When we decided to make it, they had the opportunity to do so [with us], but [Warners] couldn’t offer us the same budget that we could get to make it [at Netflix]. … Everyone has to make these safe choices and I feel with the streaming services, they’re a little bit more bold and brash, and I think that’s really good for filmmakers.”

Netflix was also willing to do something few studios would: greenlight a franchise, including two films and an anime series, right out of the gate. The film prequel, “Army of Thieves,” was filmed during the pandemic (directed by “Army of the Dead” co-star Matthias Schweighöfer, who also stars in it) and will hit Netflix later this year. “Army of the Dead: Lost Vegas,” the anime series, has been developed by Jay Oliva, and will reunite most of the film’s cast to give voice to their characters. Snyder himself directed two episodes of the series.

That’s not something that would happen in the studio world, she said, particularly with a new story and universe like the one her husband and co-writer Shay Hatten created with “Army of the Dead.”

“If you’re thinking about creating exciting new IP, and you wait until the [first] movie comes out and it’s successful, you’re waiting years before you can say, ‘Okay, go ahead, let’s pull the trigger on a prequel. Let’s pull the trigger on an animated series,’” she said. “Everybody’s waiting on the sure bet and sometimes you have to take that chance, and they were willing to do that. The studios don’t want to make that investment until they know it’s a sure thing. What’s been exciting is for Netflix to say, ‘Yes, we want you to create a franchise, we believe in this and we like what we’re seeing.’ I felt like it was a real partnership.”

Asked if there was anything cut from the film — like an alleged sequence involving a zombie penis — that Snyder missed, she was resolute: “With this one, everything really that I wanted to see, I got to see.” 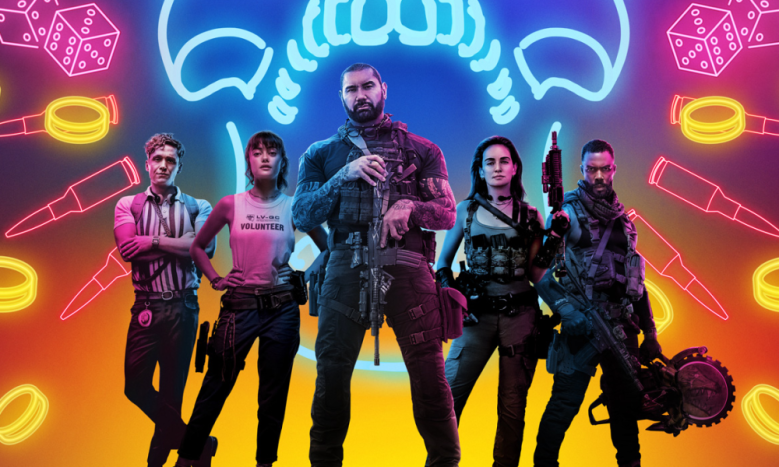 “Army of the Dead”

That even included a nod to “Zack Snyder’s Justice League,” which didn’t exist when the Snyders shot “Army of the Dead” in summer 2019; it didn’t even seem like a possibility.

“When we were making the film, we never thought that [the Snyder Cut of] ‘Justice League’ would actually happen, so we put the film canisters of ‘Justice League’ in the vault that they open up,” Snyder said. “At the time, it was never a possibility. That was a fun one.”

Asked if the Snyders view Netflix as their new homebase, Snyder demurred. “We’ll have to see,” she said. “It’s great to be able to not be tied to a single studio, but at the same time, we’ve had this amazing relationship with our executives, with our marketing department. We like staying with people when it’s a good partnership and you feel mutually supported. So I really hope to do a lot more with Netflix.”

“Army of the Dead” is in limited theaters now, and will hit Netflix on Friday, May 21.