ALEC Baldwin has been spotted with his family in a quiet New England Town as the 63-year-old actor attempts to keep a low profile amid a police investigation into his deadly on-set shooting of a cinematographer.

A sullen-looking Baldwin was spotted on Sunday in Manchester Center, a small town in Vermont, collecting take-out food from a pizza shop alongside his wife Hilaria, 37, their six children, and their nanny. 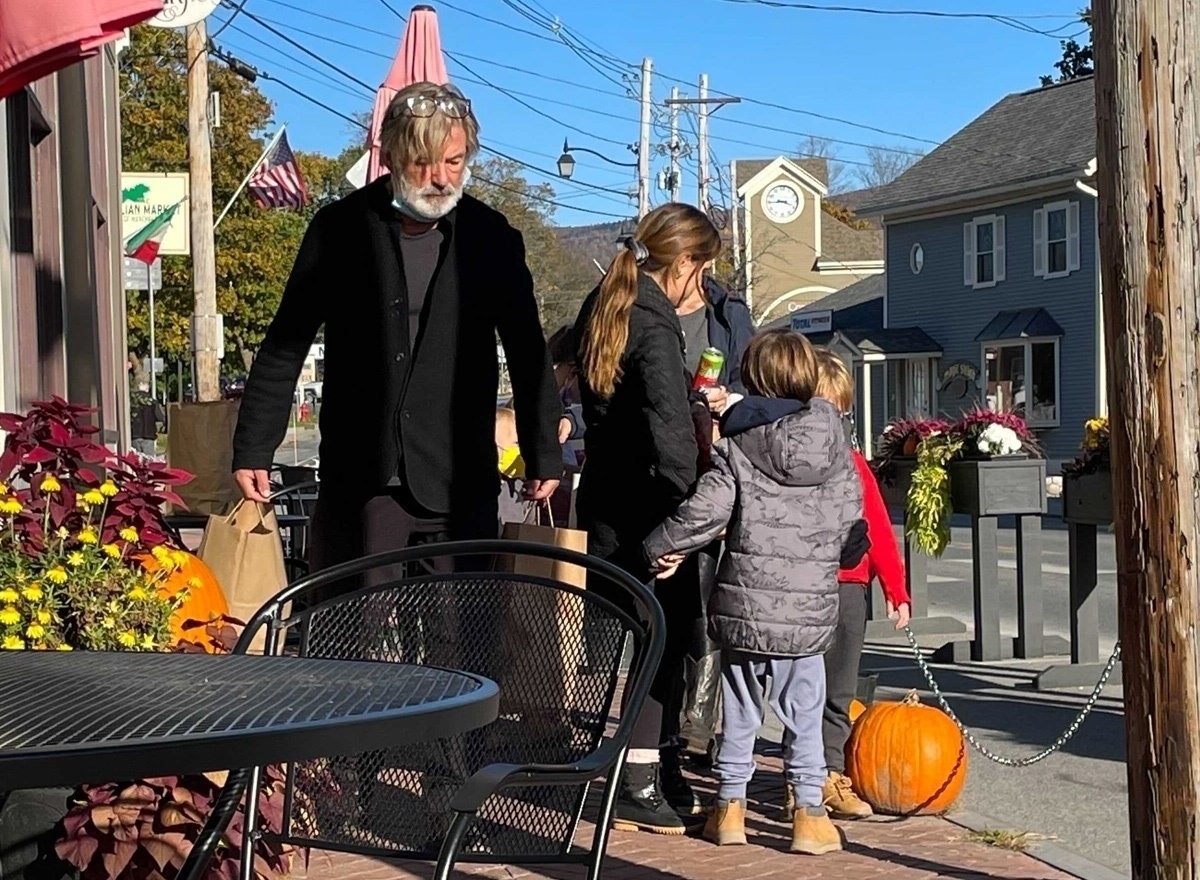 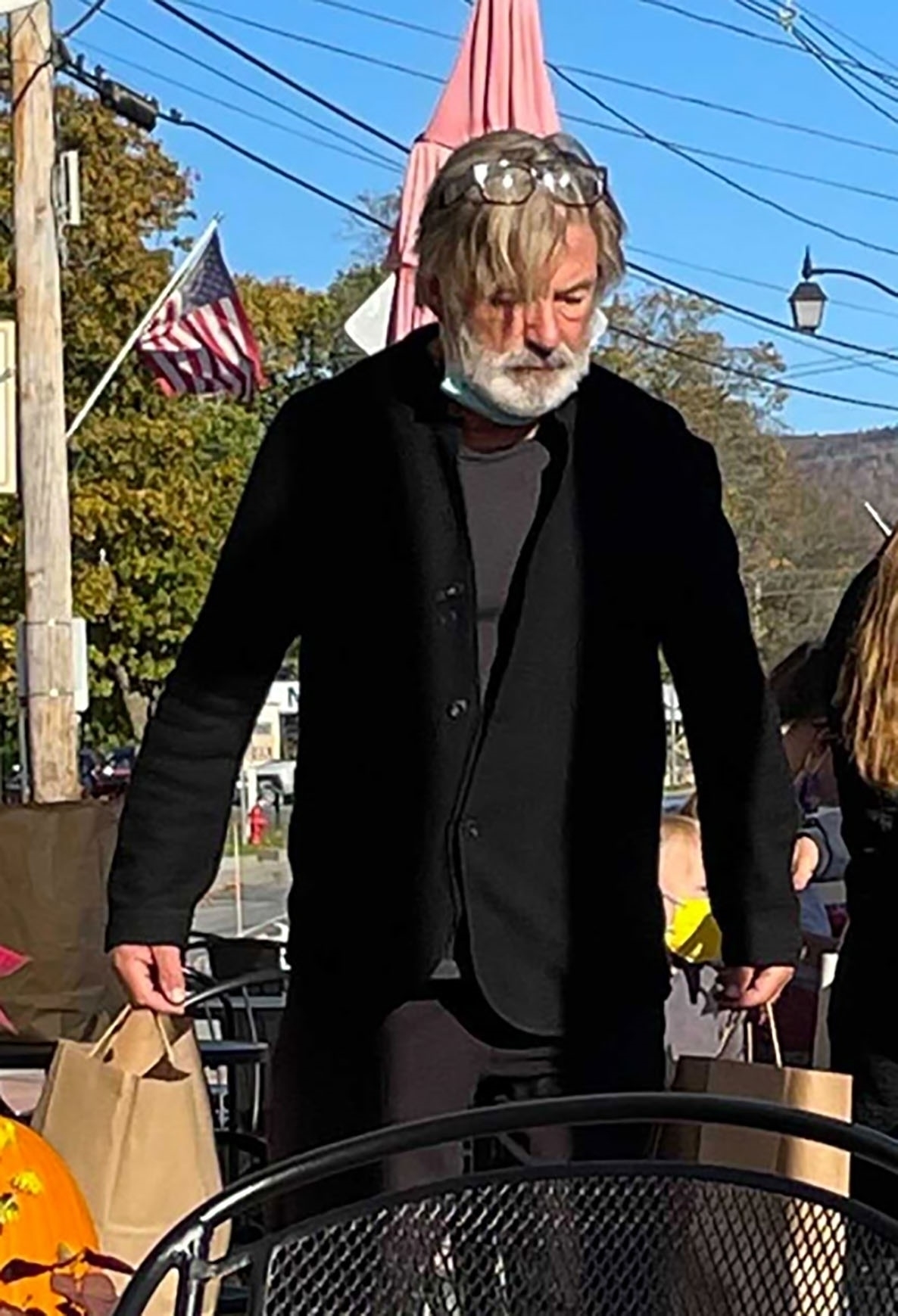 Dressed in all black, Baldwin appeared somber with his head down in the photos as he clutched two bags of food.

The sighting came just days after he fatally pulled the trigger of a prop gun on the set of Rust in New Mexico last Thursday that had been loaded with a live round.

The bullet struck and killed cinematographer Halyna Hutchins. The 42-year-old was shot in the stomach.

Also hit was the movie's director, Joel Souza, who was hospitalized with a wound to his shoulder but later discharged.

The circumstances surrounding the shooting remain under investigation, but the tragic incident reportedly unfolded as Baldwin was practicing a "cross-draw" during rehearsal.

Baldwin previously revealed that he was "fully cooperating" with the police investigation into the shooting and had been in contact with Hutchins' family.

However, on Wednesday, deputies in New Mexico said they "didn't know" his current whereabouts.

Hilaria was pictured fleeing the Baldwins' Manhattan townhouse with the couple's children and pets on Friday, the day after the shooting.

She has deep ties to New England, having admitted during her infamous heritage scandal that she wasn't in fact Spanish, rather a "white girl" from Boston. 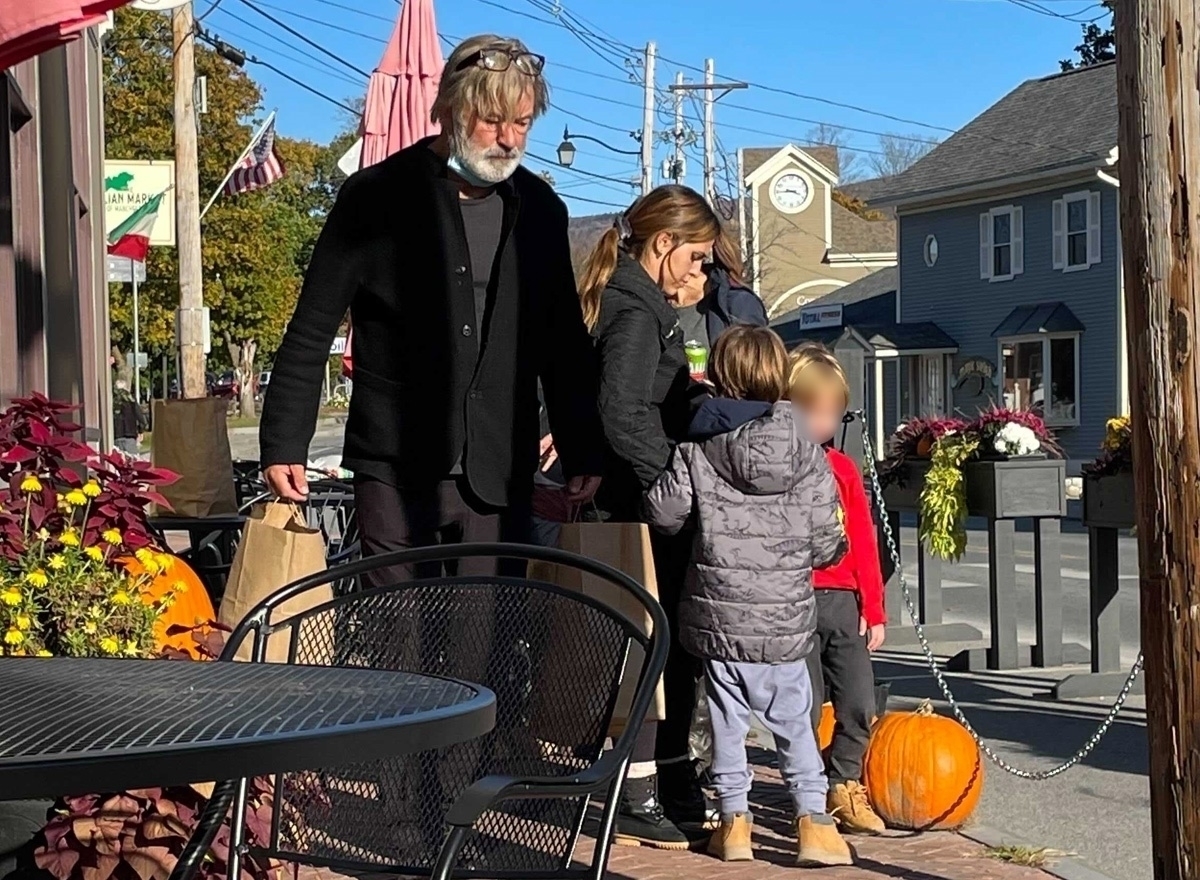 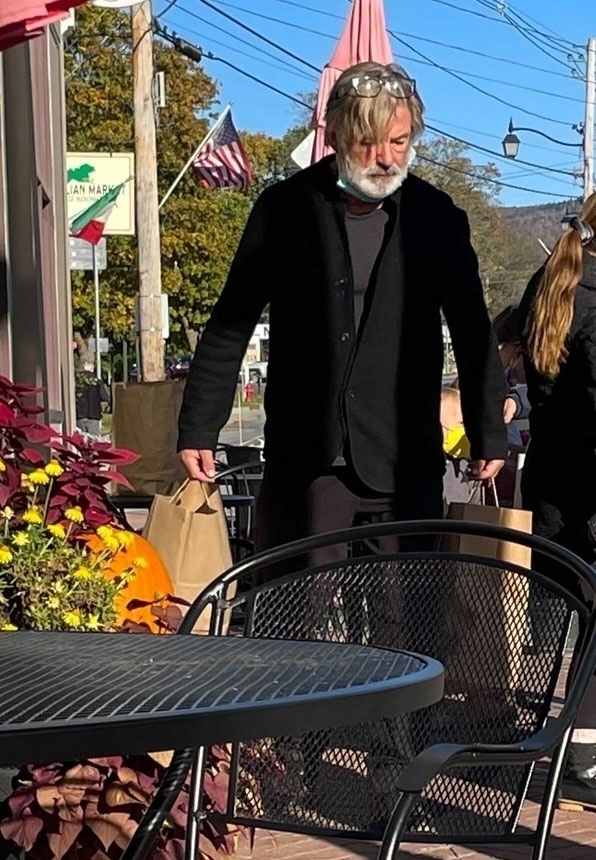 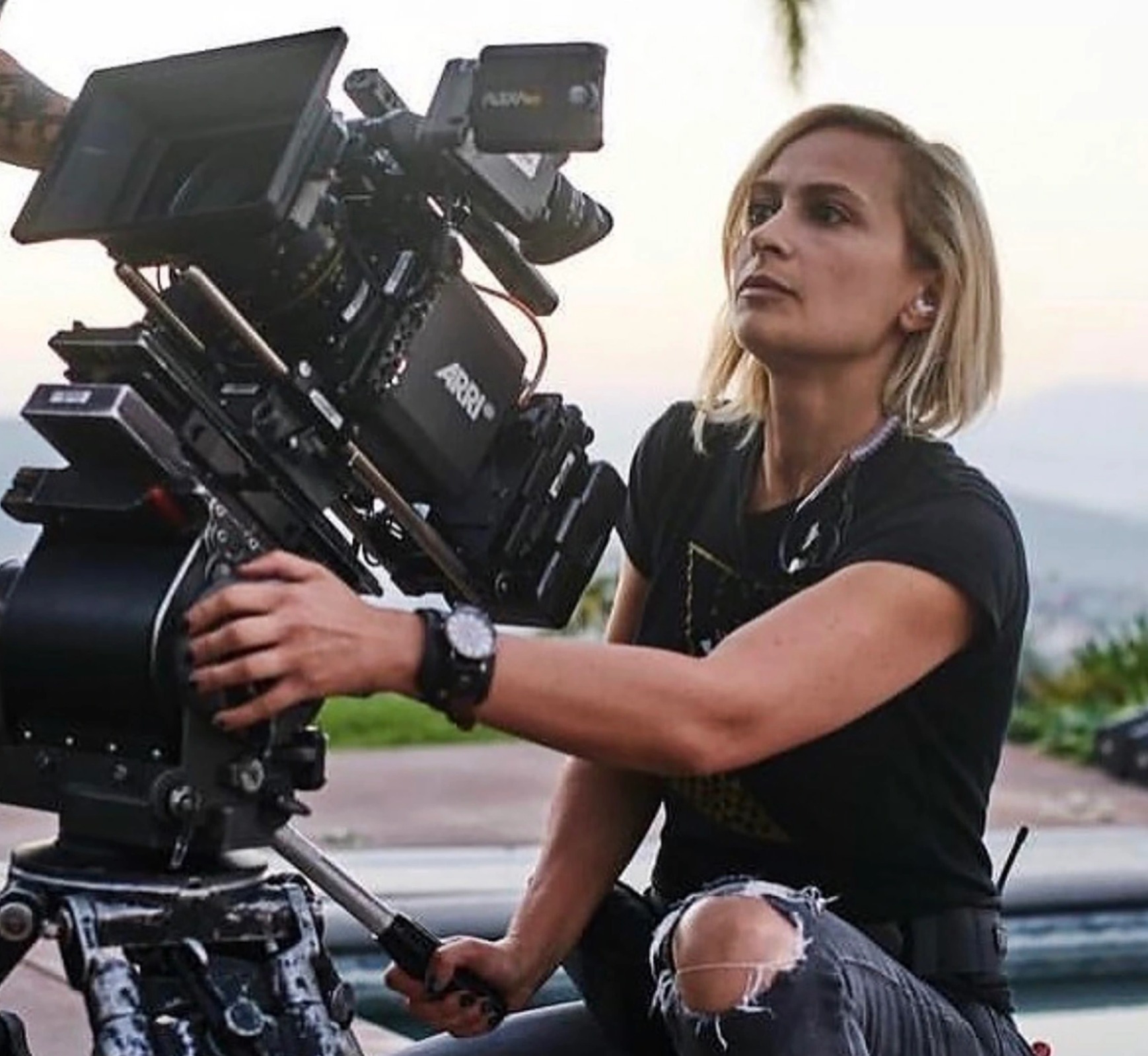 During a press conference on Wednesday, Santa Fe Sheriff Adan Mendoza refused to rule out charges against Baldwin, confirming that he is an "active part of this investigation."

He confirmed that the 30 Rock star is cooperating with investigators and was not required to stay in New Mexico as part of their probe.

Mendoza told Good Morning America on Thursday that he is still unable to determine who brought live ammunition onto the set of Baldwin's forthcoming movie Rust, which he is also producing.

We've got some initial statements. There was close to 100 people total on set. Interviews are continuing."

Baldwin was handed the loaded revolver by Assistant Director Dave Halls, who reportedly yelled out the gun was "cold" – or unloaded – before passing it to him.

Halls later admitted to investigators that he didn't properly check the weapon, only inspecting three of its five chambers before giving it to Baldwin.