Biting the bullet! Olivia Plath wants to put the past behind her with her in-laws before she and husband Ethan Plath move from their Cairo, Georgia, home.

‘Welcome to Plathville’: Get to Know the Plath Family

The 23-year-old star musters up the courage to face Barry and Kim Plath one day before the couple plan to move, in Us Weekly’s exclusive sneak peek of the Tuesday, November 2, two-hour season finale of Welcome to Plathville.

The redhead reality star explains that she wants to “tie up loose ends” with her estranged in-laws as the duo drive to see Barry, 53, and Kim, 49. 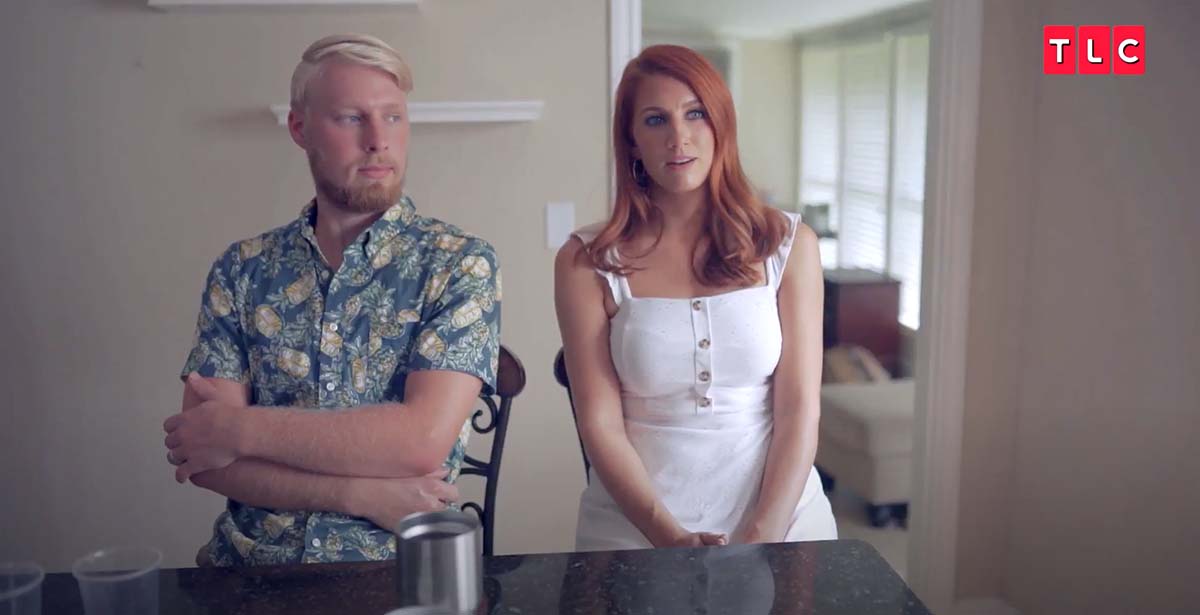 “Maybe I shouldn’t do this,” she says, slightly panicking on the ride over. “Why am I doing this again?” Ethan reassures Olivia that “it’s time to close the chapter and move on,” before reminding her that he already did it himself.

Olivia agrees to go because it’s the “final step” to a “peaceful” exit from Cairo.

“I have not seen their faces in two years and their faces haunt my dreams,” she says as they pull up to the house and she quickly exits the vehicle. Ethan, for his part, opts to stay outside.

“I’m putting the house on the market because I’ve come to the place in my life where I realize that getting out of Cairo is going to be a good thing for me,” Ethan said during the October 5 episode of the TLC series, noting he and Olivia were separated at the time he showed the realtor the property. “I kind of want to move on, especially after the trip. Now, I don’t have any intentions of staying in Cairo whether things work out with Olivia and I or not.”

Ethan and Olivia, who tied the knot in 2018, previously spoke to Us about working through their issues, revealing that they’d been to couple’s therapy.

“Our relationship almost had to hit rock bottom for us to kind of wake up, prioritize and actually deal with our own problems,” Olivia exclusively told Us in August of the pair’s relationship, explaining they were not doing well when the season began. “As uncomfortable as the first few episodes and scenes are going to be, it gets a lot better. It gets worse before it gets better. … We’re in a much better place now.”

As for their relationship with Ethan’s parents, Olivia explained during an August Instagram Q&A that the only “toxic” thing about filming the show is having to put up with them.

The photographer’s rub with her in-laws goes back to when she and Ethan tied the knot in 2018. Ethan’s brother Micah Plath previously told Us that his mom was “almost trying to make it her wedding,” which didn’t end well.

The two-hour season finale of Welcome to Plathville airs on TLC Tuesday, November 2, at 10 p.m. ET.