THE UK'S daily Covid cases have risen for the second day in a row with 31,117reported in the last 24 hours.

However, infections are still on a downward curve – with infections down 24 per cent compared to last week. 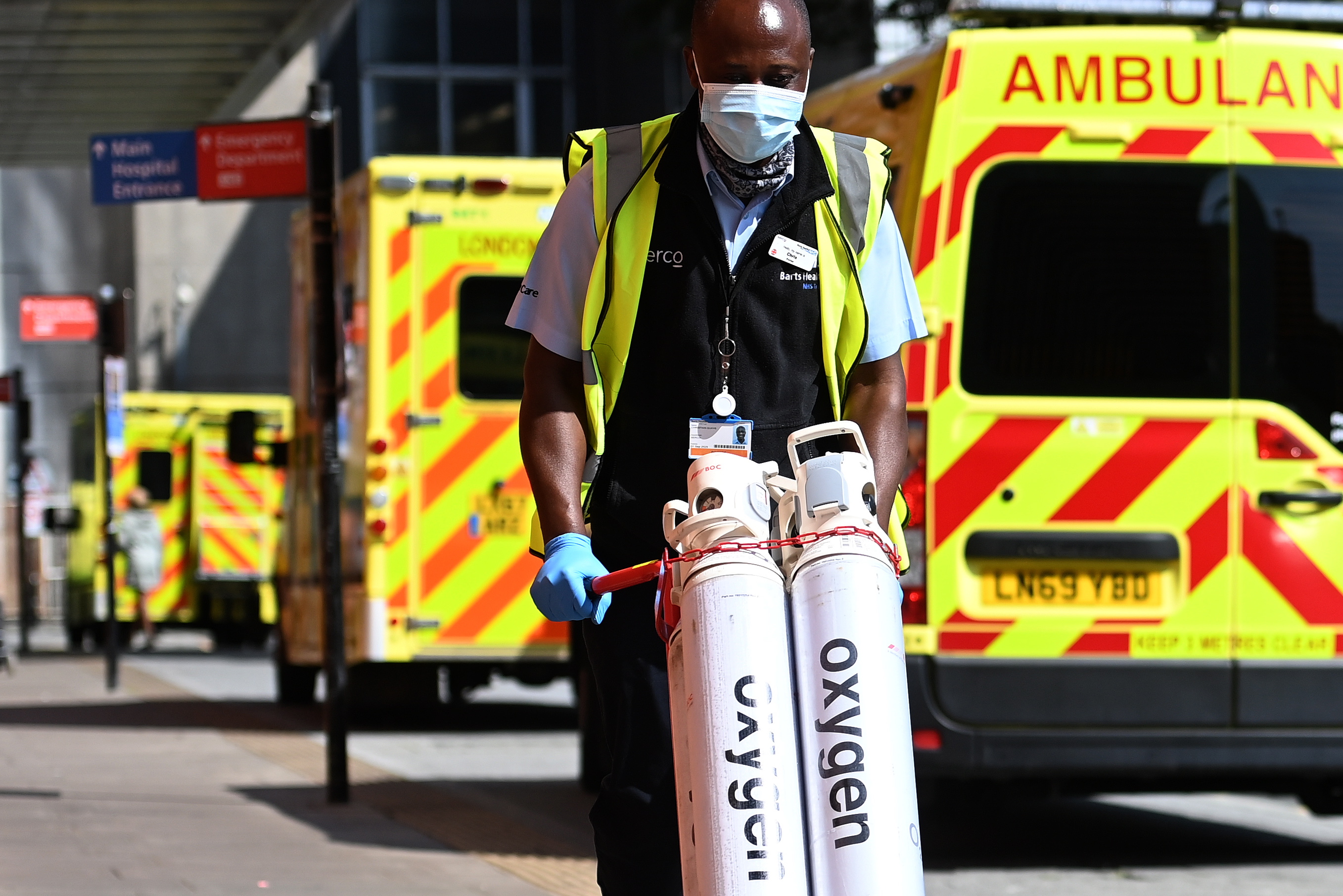 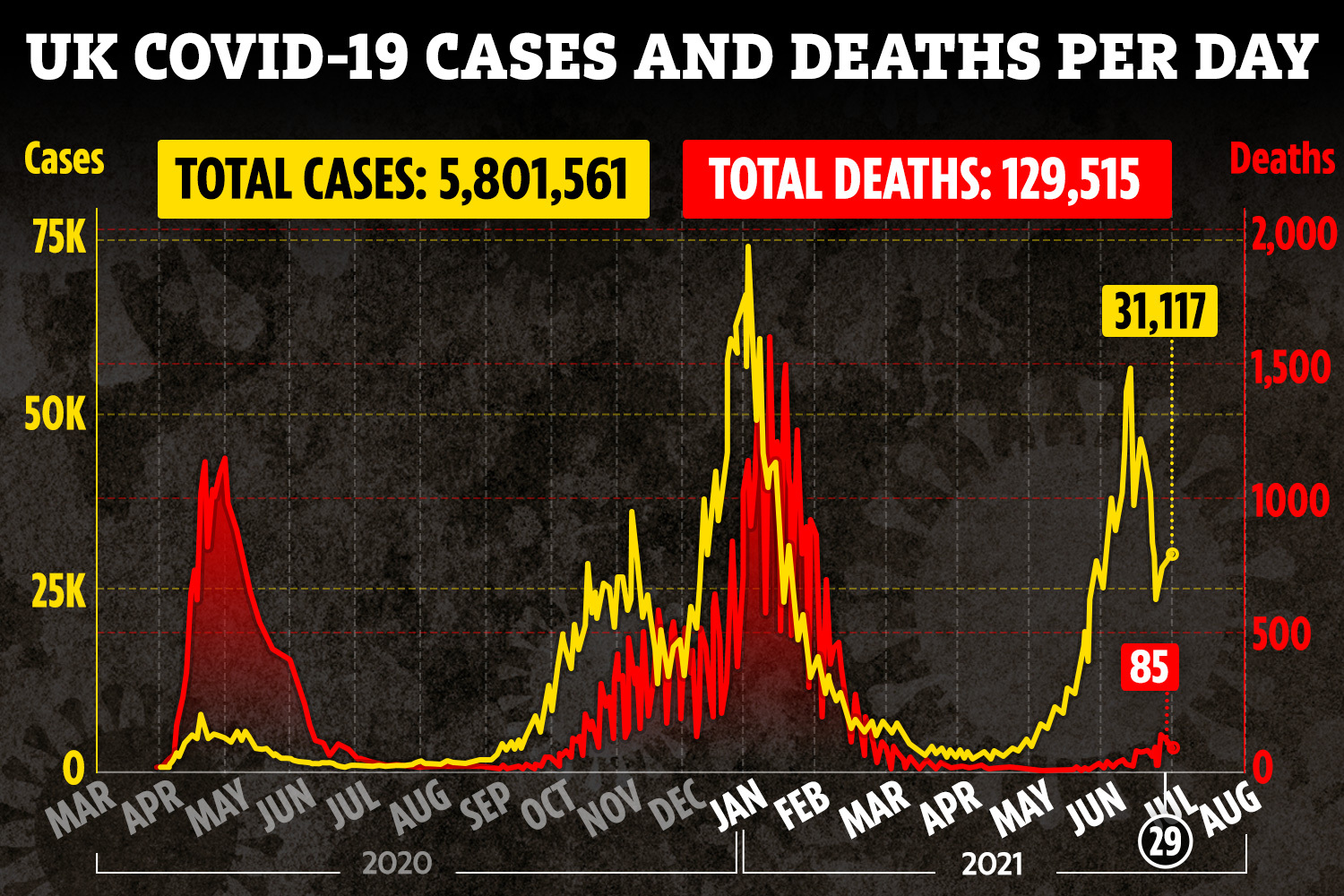 This day last week 39,906 cases were reported along with 84 deaths.

Meanwhile Covid deaths have fallen slightly with a further 85 losing their lives to the killer bug.

It brings the total number of UK Covid deaths recorded within 28 days of a positive test result to 129,515.

In comparison to today's figures yesterday saw the UK hit with 27,734 new cases and 91 deaths.

Meanwhile, a scientist has claimed that Britain is close to herd immunity, with the pandemic "pretty much over for the UK".

It comes after a week where case numbers steadily dropped for seven days straight, puzzling experts and providing a glimmer of hope.

They have suggested the fall is a fluke due to the football being over, the warm weather and a lack of testing with kids being off school.

But others disagree, saying it shows vaccines are working combined with natural immunity from past infections to beat back the virus.

Dr David Matthews, a virologist and expert in coronaviruses from the University of Bristol, told the Telegraph: “In terms of herd immunity – by which we mean the virus has managed to reach everybody and therefore most people will have a level of immune memory – I suspect we’re very close to it.

“Assuming nothing truly spectacularly leftfield happens, then this pandemic is pretty much over for the UK. I suspect we will not see a major surge this winter, or any serious levels of fatalities.

“The more we close the gap on the last 10 per cent who haven’t had the vaccine, the better we will be. Everyone will eventually meet the virus and it is far better to do so vaccinated.”

Herd immunity refers to where enough people in a population have immunity to infection to be able to effectively stop that disease from spreading.

Nearly 92 per cent of adults have Covid antibodies now, according to the ONS, and a large swathe of under-18s have also been infected, which will all help on the way to immunity.

University College London has estimated the UK's population immunity is at 87 per cent, with the Delta variant moving herd immunity threshold to 93 per cent.