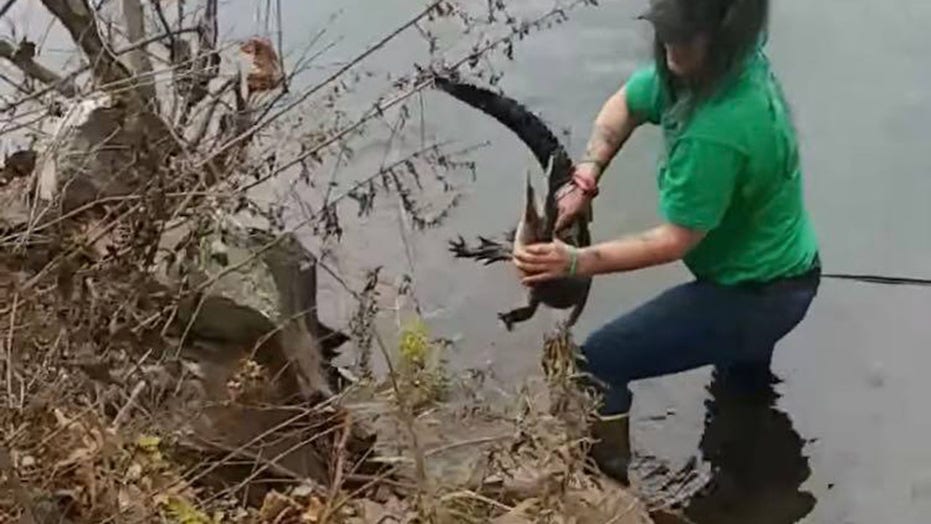 But, after responding to reports of a loose gator, workers with an animal rescue charity were able to retrieve a small alligator from a river in Pennsylvania. Due to the area’s climate, the animal surely would’ve perished if it had not been rescued.

Christina Obrecht, CEO and founder of Christina’s Reptile and Animal Sanctuary in Palmerton, Pennsylvania, spoke with Fox News about rescuing the 4-foot-long alligator from the cold Lehigh River.

“We had received a phone call two days ago in the afternoon around 2 pm from two fishermen,” she explained. “They told me they had found a 4-foot alligator in the river and that it was under the water about 2-3 foot deep just a few feet off of the bank. I had told the gentleman I could come up with one of our volunteers, Dana, after we get the things together we needed.” 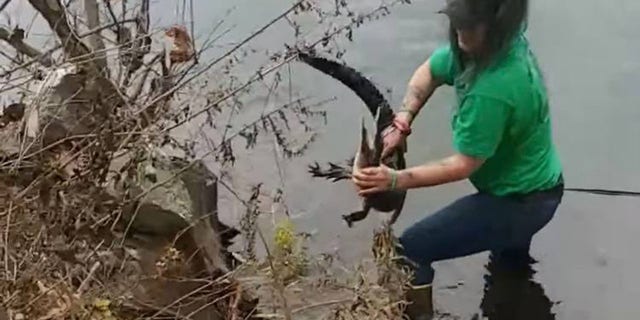 She continued, “We went out, they took us down to the river and showed us where he was. I had put my boots on, and the gentleman followed me out (as I can’t swim) just to ensure I wouldn’t slip in. I was able to pull him in closer with a stick and grab him behind his head and get him out. Didn’t take long at all.”

Obrecht said it’s likely that the gator was a pet that was either discarded or escaped on its own. Due to the weather in Pennsylvania this time of year, he more than likely would have died.

The gator, which has since been named Icepop, will spend the rest of his days at an animal rescue that’s affiliated with Obrecht’s.

While alligators don’t live in Pennsylvania, this isn’t the first one Obrecht and her team has rescued.

“For those who do have these as pets, and can no longer care for them, my advice is to please reach out to places,” she advised. “Even if they can’t help take in the animal, they can help by sending them in the right direction. They can always call us or message us on Facebook, and if we can’t help, we can certainly send them in the right direction.”