BOEING is set to attempt its second uncrewed flight to the International Space Station (ISS) after a botched maiden launch that saw the CST-100 Starliner capsule MISS its target.

Like its failed predecessor, the suborbital trip on Tuesday is part of a test to show that Starliner can get to and from the orbiting lab safely. 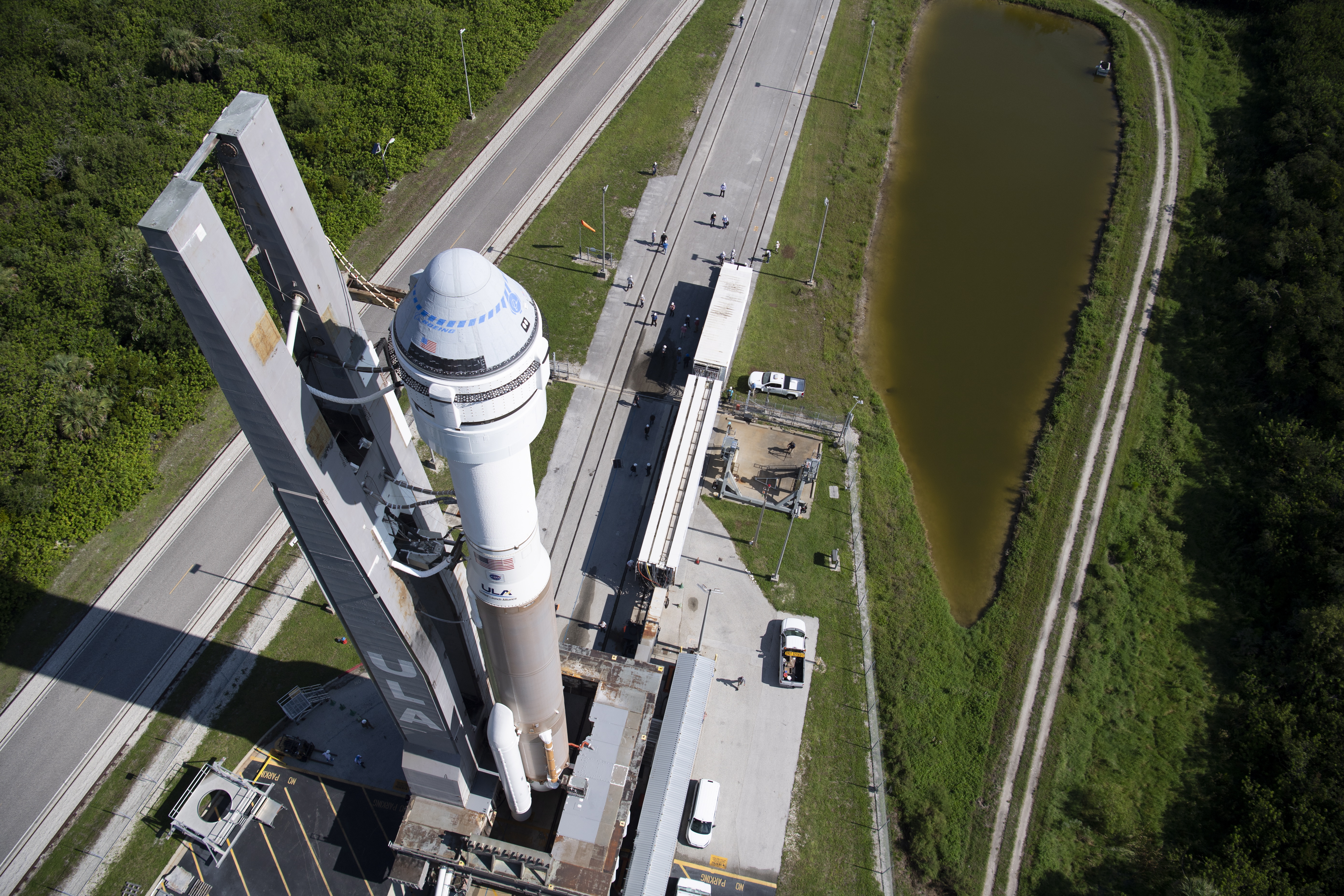 The spacecraft will carry supplies and test equipment to the ISS, which orbits around 250 miles above Earth.

However, the main aim of the mission will be to demonstrate that Starlink can launch, dock, re-enter the Earth's atmosphere and perform a desert landing safely.

Nasa and Boeing are targeting August 3 for the lift-off, which will take place at the Kennedy Space Centre at Cape Canaveral in Florida.

The flight was initially planned for July 30 but was pushed back just hours ahead of the launch after the ISS was thrown briefly out of control following a fault with a new a module.

If the mission is successful, it will pave the way for Starliner to become a "taxi service" for Nasa, ferrying astronauts to and from the space station.

In 2019, Starliner failed to rendezvous with the space station during its first uncrewed test flight after being plagued by software issues.

But the spacecraft was able to successfully return to Earth two days after launch, landing at the White Sands Space Harbour in New Mexico.

Over the past 18 months, Boeing and Nasa teams worked together to resolve the issues, which involved taking 80 corrective actions.

Following Starliner's flight readiness test last week, Kathy Lueders, Nasa's director of spaceflight, said: "After reviewing the team's data, and the readiness of all the parties, everybody said 'go' for the launch."

Last year Elon Musk's firm made history when it transported Nasa astronauts Robert Behnken and Douglas Hurley to the space station and back, becoming the first private company to send humans into low-Earth orbit.

Since ending its Space Shuttle programme in 2011, Nasa has depended on Russia's space agency Roscosmos to send its astronauts to the space station.

In 2014, Nasa awarded SpaceX and Boeing contracts to provide crewed launch services to the space station as part of its Commercial Crew Programme.

Reach for the Starliner

In addition to supplies and equipment, also travelling on the spacecraft will be a dummy named Rosie the Rocketeer.

She will be strapped in Starliner's commander's seat and her main aim will be to help maintain the spacecraft's centre of gravity.

Rosie will be dressed in Boeing's bright blue spacesuit, the same one astronauts will wear when they are flying on the Starliner.

Like SpaceX's Crew Dragon, the Starliner capsule is reusable but is said to have the capability to fly up to 10 missions, compared to Crew Dragon's five.

But while SpaceX has opted for ocean landings, Boeing's spacecraft will touch down on land at one of its five sites in the western US.

Boeing said this landing method "allows for quicker access to crew and cargo, as well as makes turning around capsules for other missions more efficient".

Meanwhile, Nasa has already selected the first two groups of astronauts to travel on the Starliner.

Mike Fincke, Nicole Mann and Barry "Butch" Wilmore are expected to be the first astronauts to launch into space aboard the Starliner as part of the Crew Flight Test mission.

This will essentially be a demonstration mission to show Boeing's ability to ferry astronauts to the space station and back safely.

If successful, astronauts Sunita Williams, Josh Cassada and Jeanette Epps will then launch on Boeing's first ever operational crewed mission to the space station. 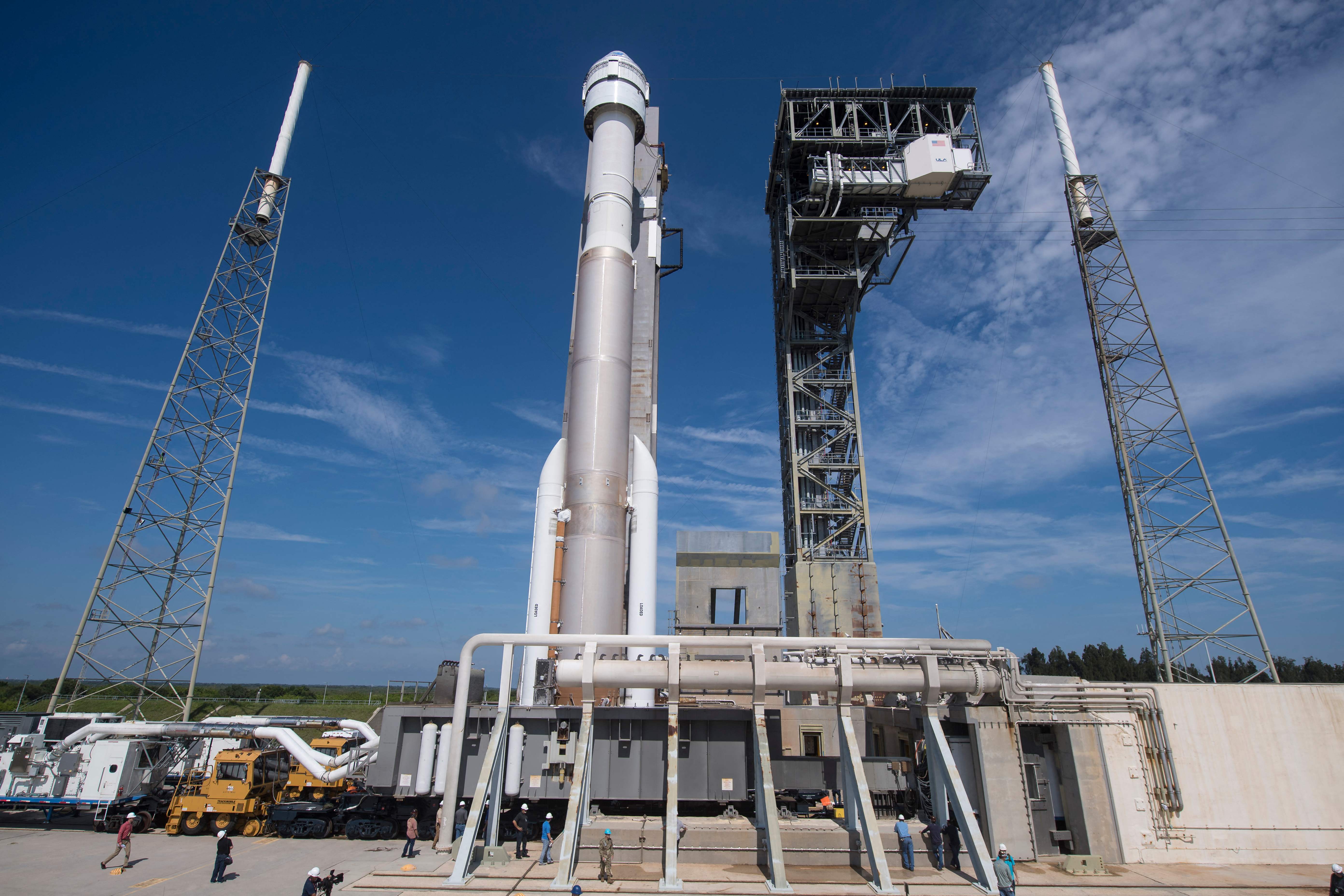 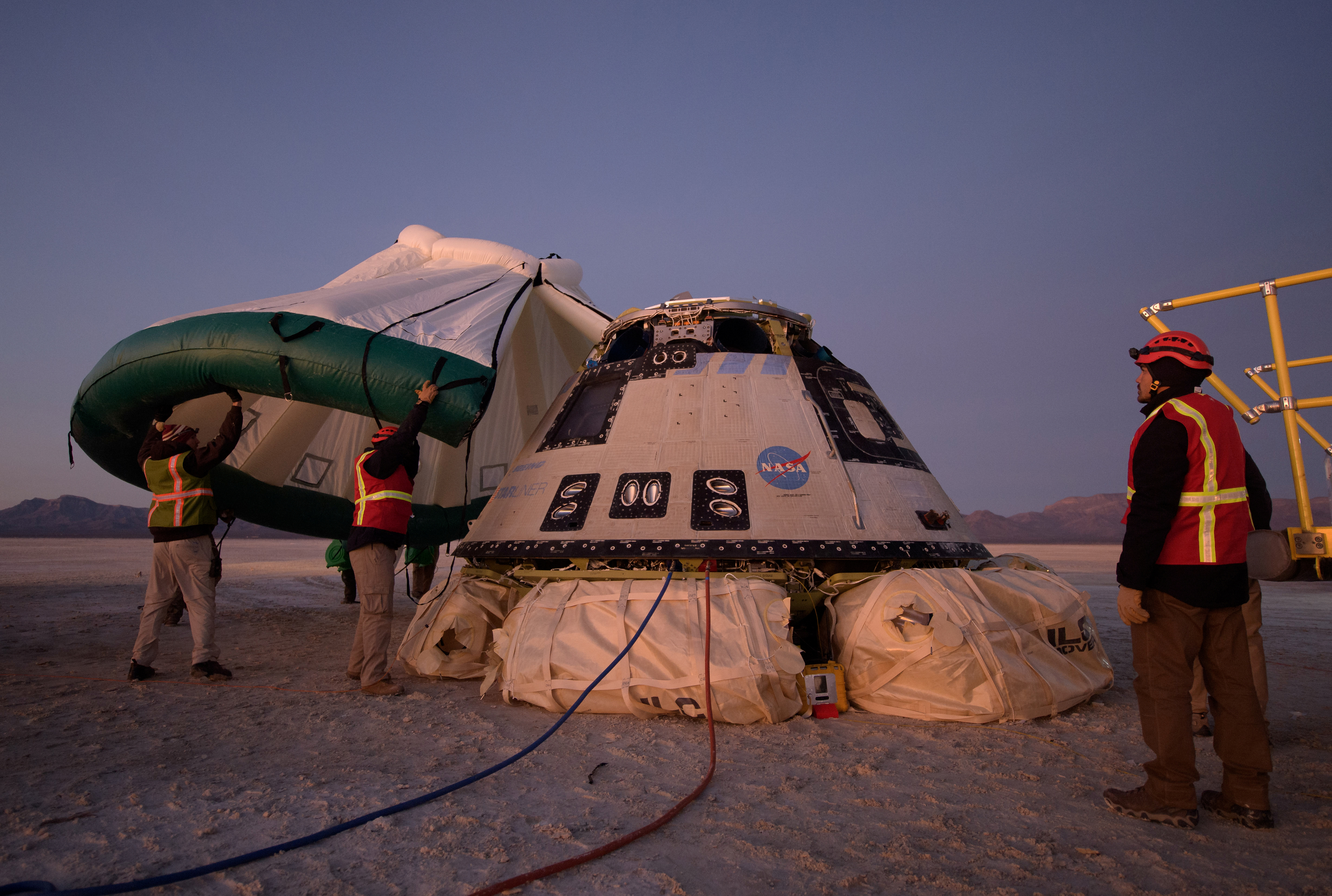 Want to know more about the weird and wonderful world of science? From space and astronomy to the human body, we have you covered…

In other space news, Amazon founder Jeff Bezos launched to space last month on a flight with his space tourism company.

Bezos said the Blue Origin mission was a "tiny step in building a road to space".

And, aliens may have dropped life-detecting sensors onto Earth, according to a Harvard University professor.