A popular Bollywood star has died after collapsing after his concert this evening, having shared images of the performance hours before.

The 53-year-old performed at Nazrul Mancha auditorium for almost an hour, and collapsed on return to his hotel, The Hindu reported.

News outlets said that the father-of-two was taken to the Calcutta Medical Research Institute, a private hospital in south Kolkata, where he was pronounced dead. 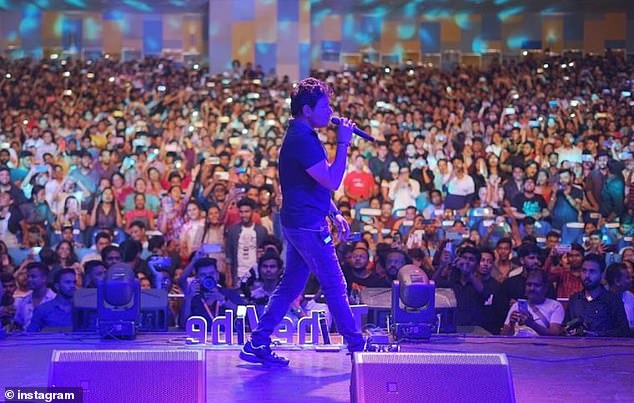 Krishnakumar Kunnath performed at Nazrul Mancha auditorium for almost an hour this evening and collapsed on return to his hotel. Pictured at the show, which was shared on Instagram hours before his death

‘It’s unfortunate that we could not treat him,’ a hospital official told The Hindu.

Times of India reported that Mr Kunnath died of a heart attack, and was taken to the hospital at 10.30pm local time.

It is understood that Mr Kunnath’s wife and two sons will arrive in the city tomorrow morning.

He had shared an image from this evening’s show on Instagram — hours before his death.

‘Saddened by the untimely demise of noted singer Krishnakumar Kunnath popularly known as KK,’ he wrote.

‘His songs reflected a wide range of emotions as struck a chord with people of all age groups. We will always remember him through his songs. Condolences to his family and fans. Om Shanti.’

The singer recorded songs in Hindi, Tamil, Telugu, Kannada, Malayalam, Marathi and Bengali and other languages.

He released his first album in 1999, titled Pal. The Delhi-born artist was known for his live shows. 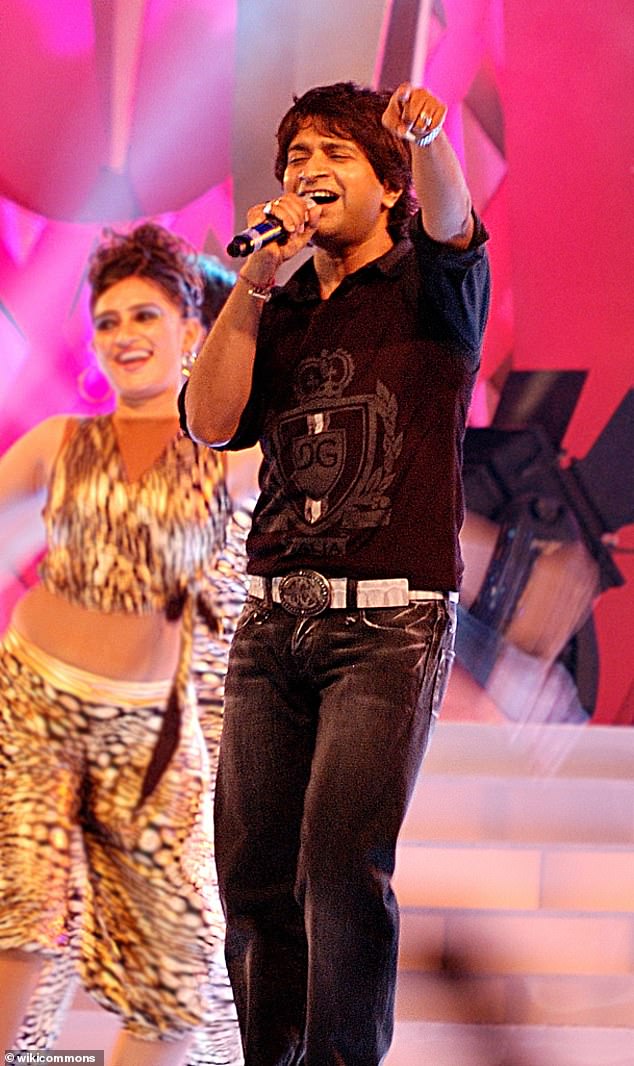 The Delhi-born father-of-two released his first album in 1999, titled Pal, and was known for his live shows. Pictured in 2009

Tributes have come in on social media from the creative industries, with singer Harshdeep Kaur wrote: ‘Just can’t believe that our beloved #KK is no more. This really can’t be true. The voice of love has gone. This is heartbreaking.’

Actor Akshay Kumar wrote: ‘Extremely sad and shocked to know of the sad demise of KK. What a loss! Om Shanti.’

Filmmaker Srijit Mukerji wrote: ‘In a state of total shock. Just met him last month for the first time and it seemed that we had known each other for years.

‘The chatter wouldn’t just stop. Farewell, my newest friend. Will miss you. I wish we could have had more sessions on music and food and cinema.’