Britons are buying more trees and large bushes in an effort to obscure their gardens from prying neighbours.

Stores say sales are on the rise as householders seek extra privacy – especially as the relaxation of lockdown rules allows small groups to gather in private outdoor spaces.

Joff Wilson, executive producer of the BBC2 series Your Garden Made Perfect, said: ‘When we did our research, the number one thing people most wanted from their garden or outdoor space was privacy. 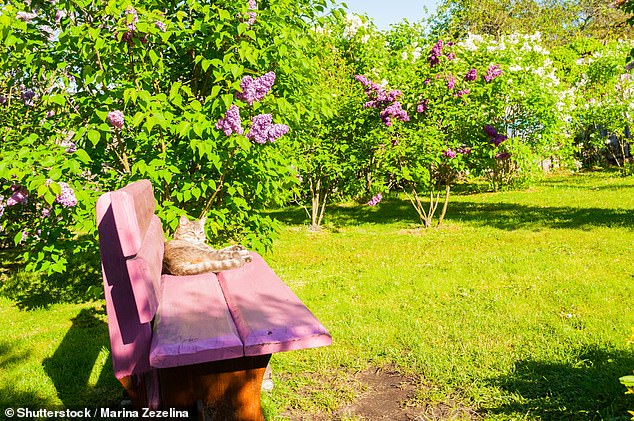 ‘And we showed how a tall, well-chosen tree or mature bush in the right place can help create the year-round sanctuary people now want.’

The company British Garden Centres says it sold £2 million of plants at its 58 outlets last week.

‘People want to create an instant backdrop for entertaining. A year ago, it was hard to sell these big trees and plants but the trend now is significant.’

But the shifting fashion has also caused an increase in neighbourhood disputes.

The Royal Horticultural Society reports a 170 per cent rise in people seeking help about nuisance and overgrown hedges.