COVID daily deaths have dropped today after a six-month high. 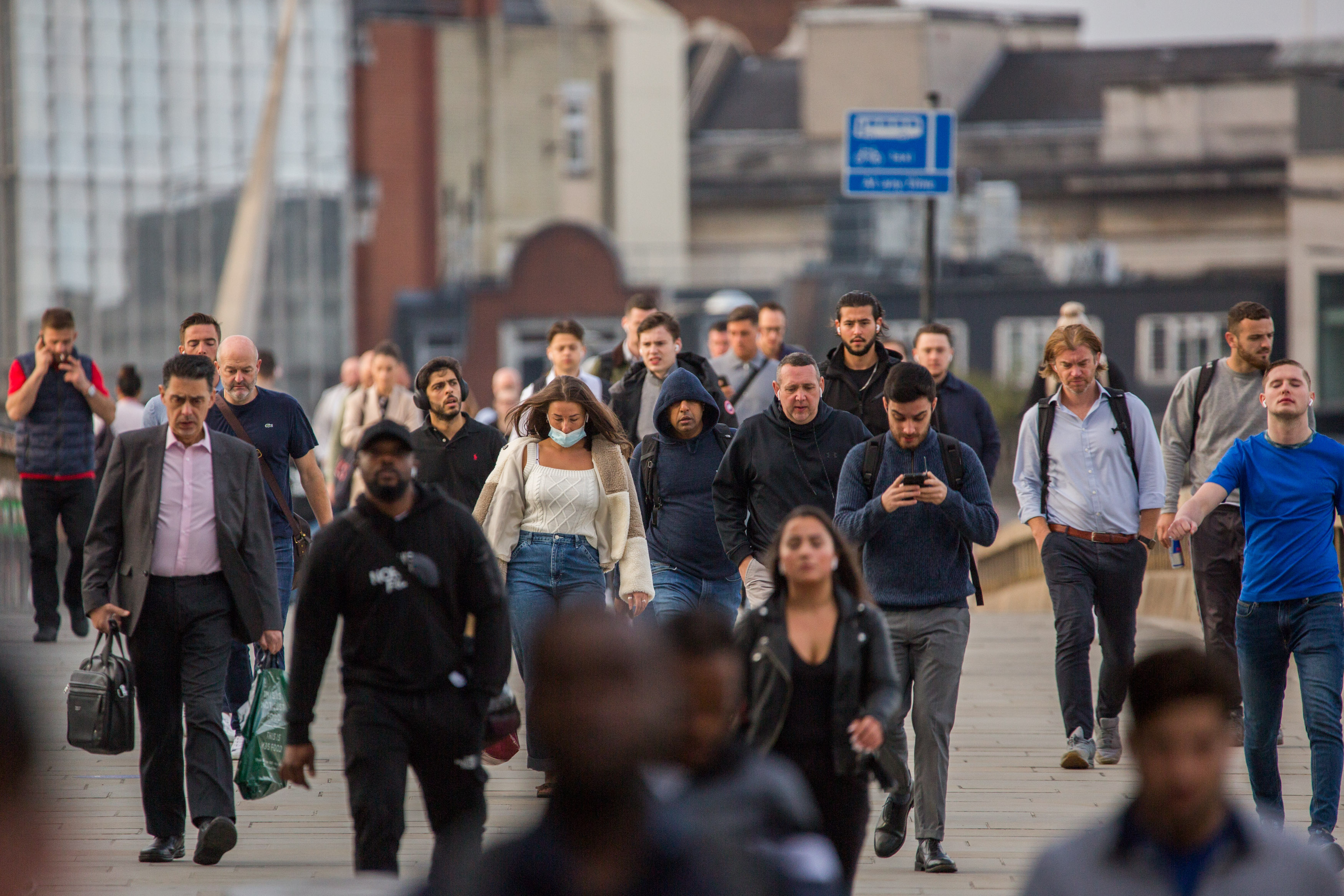 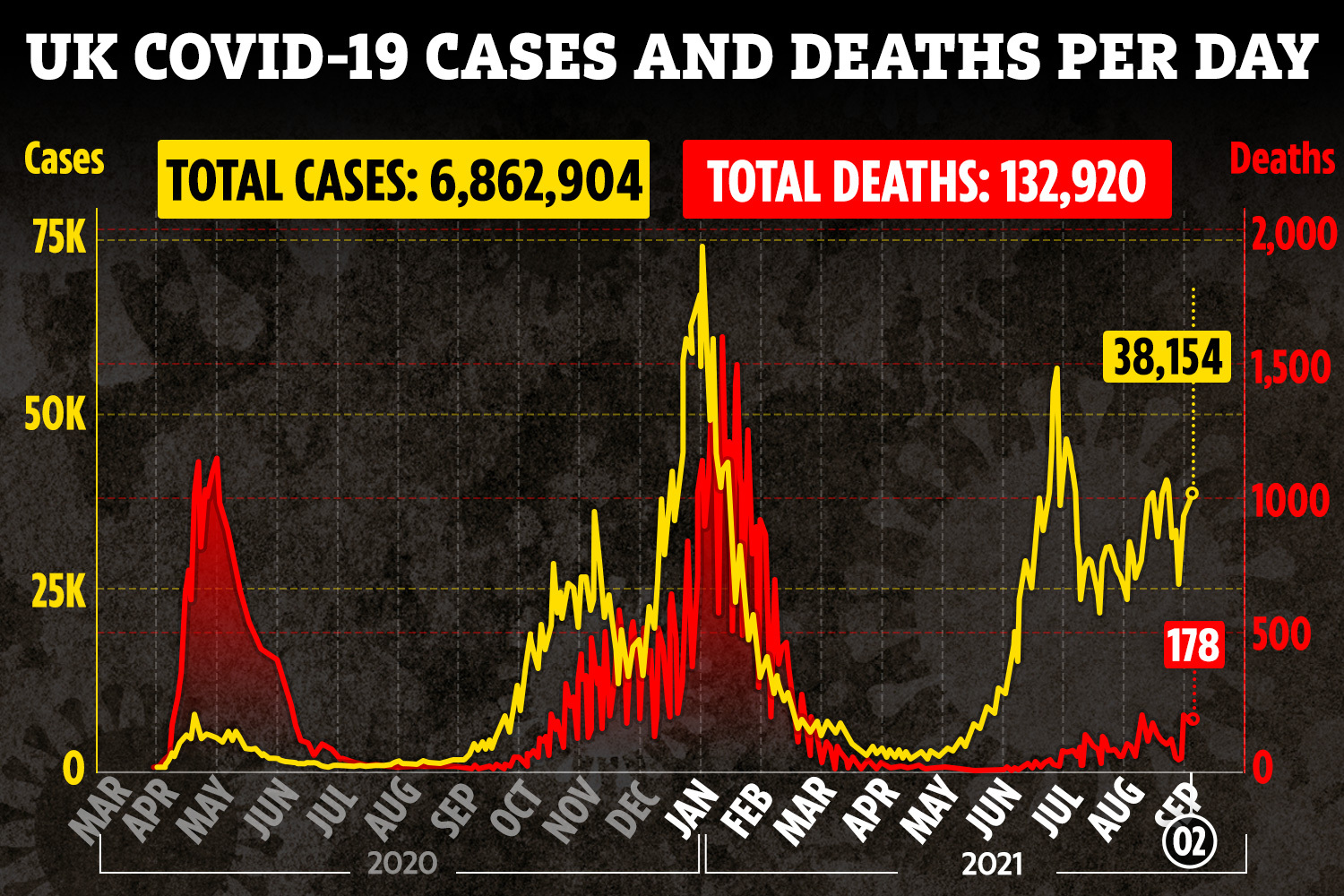 Today's figures mean the UK's daily Covid death toll has been above 150 for two days in a row for the first time since March.

Another 35,693 new cases were also reported.

Today's figures come as a study has found that two jabs halve the risk of getting long Covid.

Up to four out of 10 people who catch the virus still feel ill three months later – but vaccines could prevent it for millions.

A study of two million Brits has revealed people are 49 per cent less likely to get long-lasting symptoms if they had two doses before catching Covid.

Nearly 43million people in the UK – 79 per cent of over-16s – are double-jabbed already while figures show 94 per cent have some level of antibodies from a vaccine or infection.

“Firstly, by reducing the risk of any symptoms by eight to 10-fold.

“And then by halving the chances of any infection turning into long Covid, if it does happen.

“We are encouraging people to get their second jab as soon as they can.”

Meanwhile, almost two-thirds of 16 and 17-year-olds in Wales have had a first dose of a coronavirus vaccine, while half of this age group in England and Scotland have been jabbed.

The figure is 40 per cent in Northern Ireland.

Uptake has been "strong", according to England's top GP, who urged everyone who is eligible to get themselves vaccinated.

It comes as pupils head back to schools and colleges amid uncertainty around how the new term might affect the spread of the virus.

In Scotland, a recent rise in cases is thought to be partly attributable to the reopening of schools for the new academic year last month.

NHS England said more than 620,000 young people aged 16 and 17 have now been jabbed, less than a month after becoming eligible.

In Wales, 63 per cent of the age group have had one jab, while in Scotland the figure is 51 per cent.

The Joint Committee on Vaccination and Immunisation advised on August 4 that all 16 and 17-year-olds should be given a first dose of the Pfizer-BioNTech vaccine.

Dr Nikki Kanani, GP and deputy lead for NHS England's vaccination programme, said: "Uptake among young people continues to be strong and thanks to the non-stop efforts of NHS staff and volunteers, half of all 16 and 17-year-olds have had their vaccine since becoming eligible last month, giving them the best possible protection against coronavirus.

"As school and college terms are due to start back shortly, it is really important that young people continue to come forward for their life-saving vaccine and visit the NHS grab-a-jab finder to find a convenient site, with walk-in vaccinations taking place at nightclubs, university campuses and places of worship this weekend.

"It has never been easier to drop in and get your vaccine: it is safe, effective and will provide vital protection for you and your family and friends."

When the JCVI announced its recommendation to extend the vaccine rollout to 16 and 17-year-olds, it said it would make further recommendations at a later stage on when youngsters should get their second dose.