Fire crews are trying to bring a large building blaze under control in Melbourne’s north-west.

Crews were called out to the site of a Clark Rubber store in Niddrie near Keilor Road about 11am on Saturday, as large plumes of black smoke were billowing from the building. 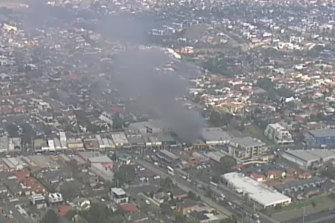 Fire crews are trying to bring the blaze under control.Credit:Nine News

A Fire Rescue Victoria spokesman said there would be a “large number of appliances on the scene for a considerable amount of time”.

Advice was issued on the Vic Emergency website about 11.15am, urging people to keep clear of the area. According to the website, 11 emergency trucks are at the scene. 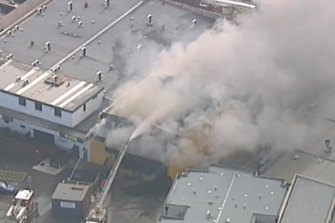 The fire has sent smoke billowing across Niddrie.Credit:Nine News

The website said “smoke will be visible from nearby roads and communities”, and people sensitive to smoke should close windows and doors, and turn off heating and cooling systems.

Keilor Road was closed in both directions as at 11.15am. 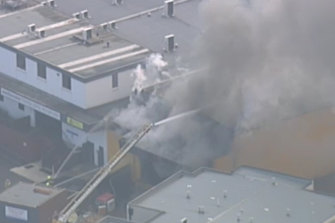 Crews were called out to the site just before 11am.Credit:Nine News