Students have been paid to do catch-up classes before starting university next week after Covid disruption left them with learning gaps.

Universities were forced to lay on emergency measures to help freshers who missed parts of their A-level courses during lockdowns.

Students will begin arriving at their campuses from next Monday. 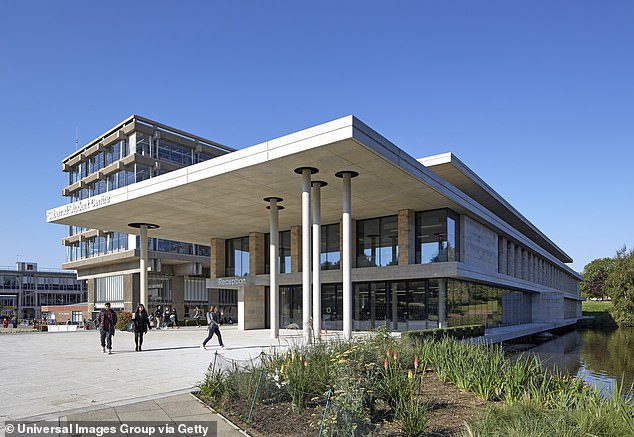 Universities were forced to lay on emergency measures to help freshers who missed parts of their A-level courses during lockdowns. Pictured, Albert Sloman Library and Silberrad Student Centre University of Essex

Essex University is paying £250 to students who complete its six-week ‘preparation programme’ before arriving.

More than 700 have joined the online course which covers independent learning, critical thinking and academic integrity.

Last month, the elite Russell Group of universities launched an online resource with the Open University to help students prepare.

It comes after Chris Millward from the Office for Students warned that failure to support students was ‘likely to result in higher dropout rates’.

He said the OfS would ‘scrutinise universities in the first part of the academic year and identify those where there have been significant increases in recruitment and early indicators of drop-out rates’ and intervene if necessary.

‘Universities should be looking closely at the capabilities of students who have entered having missed schooling and putting the resources in place to support them during the early months and beyond,’ he said. 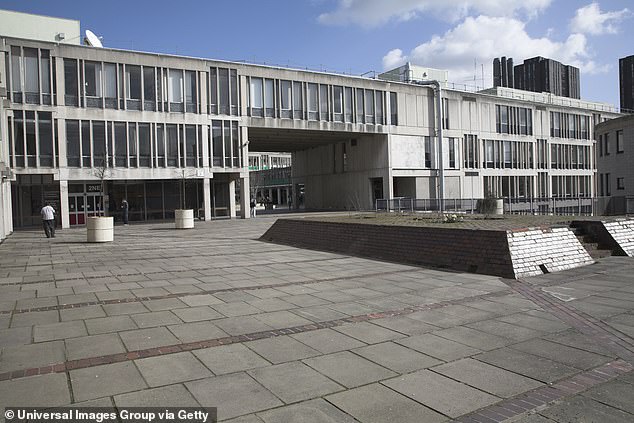 To mitigate this, exams were cancelled and teachers were told to grade pupils on ‘what they have learnt’ rather than the parts they missed. University of Essex campus buildings, Colchester, Essex

Many pupils, especially those at state schools, did not complete their whole A-level courses due to poor quality online learning during the lockdowns.

The London School of Economics and the University of Exeter estimates pupils lost nearly a third of their learning time between March 2020 and April 2021.

To mitigate this, exams were cancelled and teachers were told to grade pupils on ‘what they have learnt’ rather than the parts they missed.

It led to a record proportion of entries – almost half – being graded A or A*, meaning unprecedented numbers of students met the required grades to enter their course of choice.

But the high grades mask the severe knowledge gaps many of the candidates have.